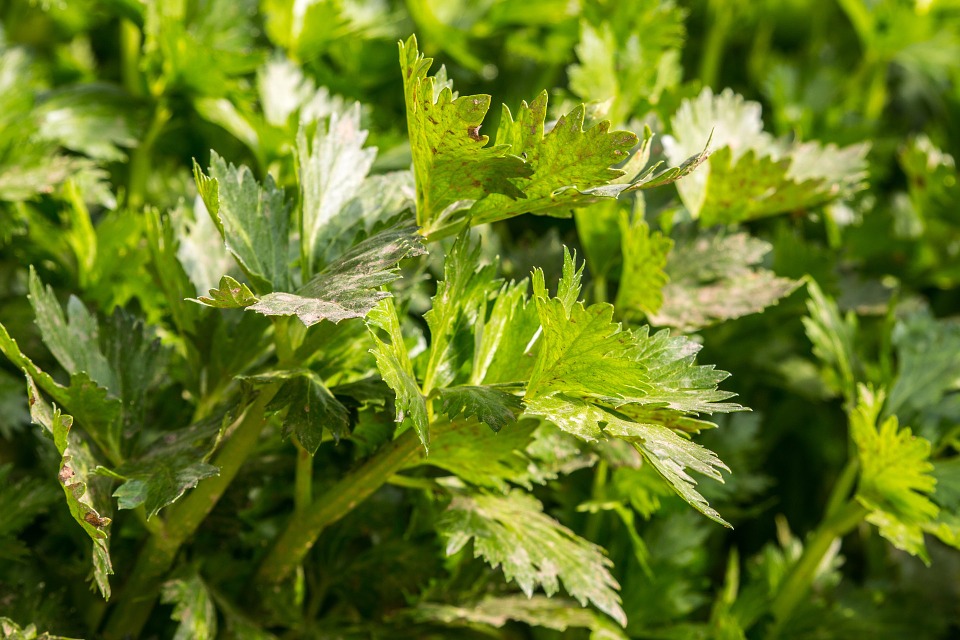 Celery (Apium graveolens L.) originated from the Mediterranean. It has long thick petioles having compound leaflets at the top portion. It has an intense aroma and could be eaten raw, boiled or cooked in soup and stew food preparations.

It is rich in Vitamins A and C, potassium, calcium, and phosphorus.

Celery is a cool season crop requiring a mean temperature of 17 degree Celsius. It is best grown in loamy soils, having pH value of around 6.0 and with high organic matter content. 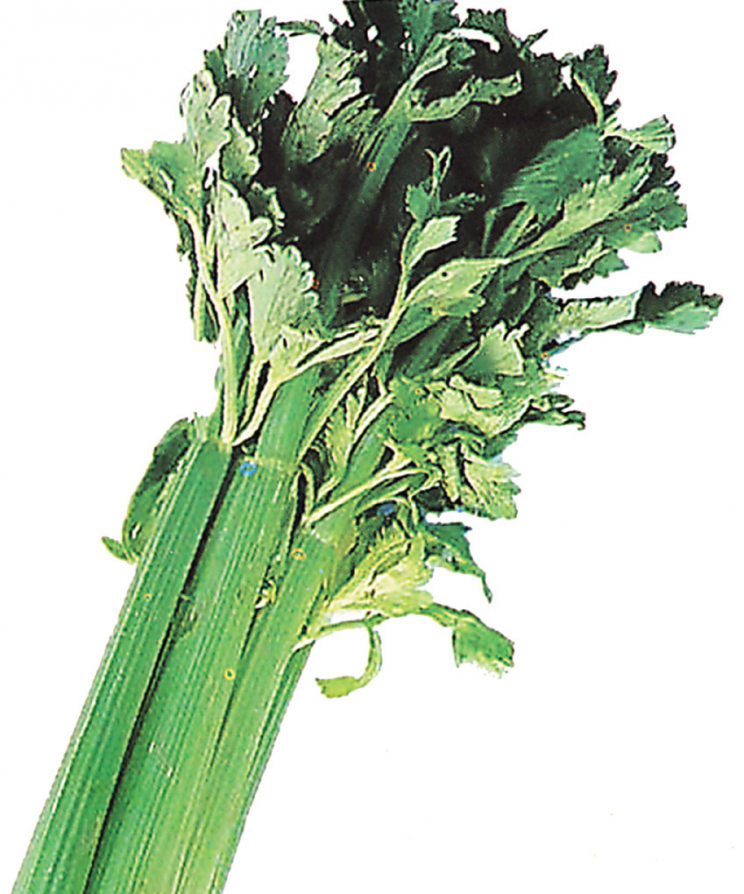 The common cultivar being grown which satisfies consumer and market demand is Tall Utah.

Seeds of celery are very small and are sown by broadcast over a well prepared seedbed. After sowing, the seeds are covered with a thin layer of fine soil followed by watering using a sprinkling can, and is continued every two days.

Three weeks after emergence, the seedlings are pricked. Pricking celery seedlings is recommended to promote the development of an extensive root system for more efficient water and nutrient absorption by the plants and consequently adding weight to the plant which is an advantage, since celery in the local market is marketed with the roots.

Irrigation – Watering is done just after transplanting, and every two days for two weeks,
and twice a week thereafter. Water should reach the effective root zone depth of the plants.

Fertilizer application – Three weeks after transplanting, cultivate and apply a mixture of 56 grams 16-16-16 and 7 grams 46-0-0 per square meter between the rows of plants followed by hilling-up.

Pest control – Pull out weeds as they appear. Leaf miner is the damaging insect infesting celery and could be controlled by spraying insecticides.
a. Leaf blight is a serious disease of the crop and is prevented with the use of mancozeb alternated with copper-based fungicides.
b. Nematodes could become a problem but could be managed with the application of nematicides in the soil and by practicing crop rotation in the field.

Clean the field of weeds and dig and level one meter wide plots.

Apply compost or decayed chicken manure over the plots and incorporate with the soil.

Transplant six weeks old seedling from emergence by anchoring the roots into the soil on the plots 15 cm apart, three seedlings in a row across the plot, and each row spaced 20 cm.

Harvest plants eight weeks after transplanting by pulling the plants together with the roots, after which, wash the roots, then market. (Agricultural Training Institute)