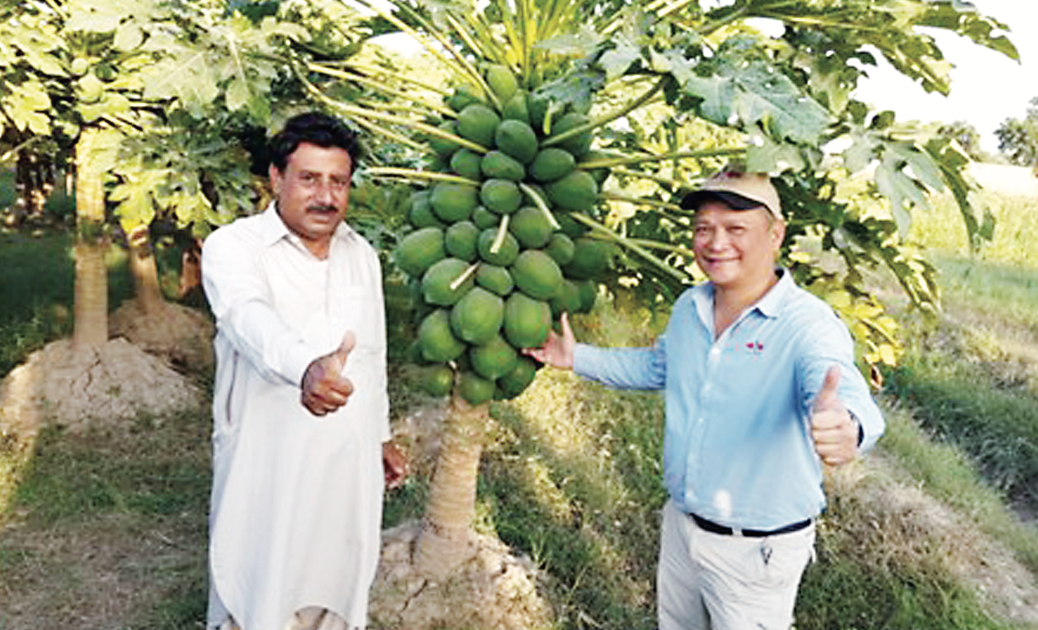 The lady scientist who developed the Sinta Papaya has long retired but she continues to work, giving free guidance to young researchers at the Institute of Plant Breeding (IPB) at UP Los Baños.

She is Dr. Violeta Villegas who worked for many years at the IPB and also had stint as a senior scientist in a multinational company.

Right now, she is advising younger scientists at the IPB who are doing research on improving fruit crops not only for the local, but also for the export markets. The major focus today is mango, pineapple, papaya, and banana. A mango research project is being funded by PCAARRD, an agency of the Department of Science and Technology. Dr. Villegas said that the researchers have already produced F1 or first generation mango hybrids but these still have to be evaluated in field trials.

The objective in mango is to produce a new variety with red skin that has the very desirable flavor of the carabao mango. Mango fruits with reddish skin are preferred in most foreign markets, according to Dr. Villegas.

Aside from the four fruits mentioned above, she would also like the younger scientists to do research on the less commercially exploited fruits like jackfruit, avocado and others. She knows there is a big market for jackfruit but not enough efforts are being exerted to come up with superior cultivars. One approach would be to do selection out of the trees being grown by farmers in different parts of the country.

Dr. Villegas is credited with the development of the Sinta Papaya, which up to now is a favorite of farmers and consumers not only in the Philippines, but also in foreign countries like Sri Lanka, Pakistan, and in Central America. Dr. Villegas started working on the Sinta as early as 1982. She did purification of the parent plants eventually crossing a female and hermaphrodite. The result was that all the F1 seedlings bore fruit. There were no non-bearing male trees.