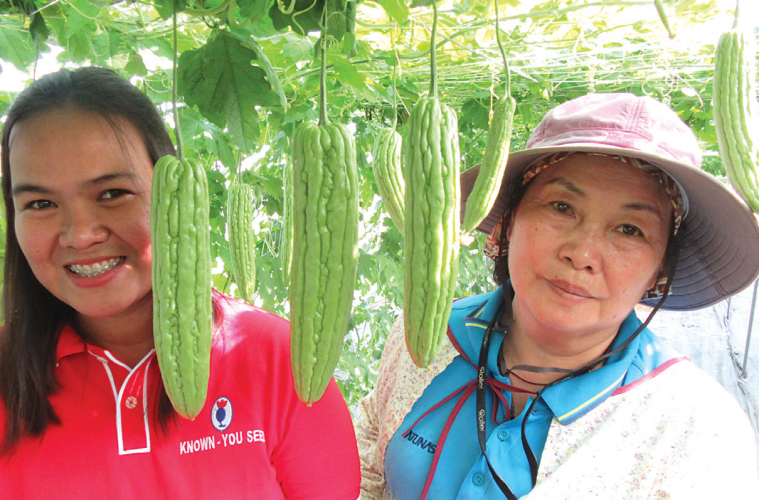 When it comes to ampalaya or bitter gourd, people from different countries have varying preferences. In the Philippines, many consumers prefer the dark green variety, cylindrical, and not so big. Maybe, the fruit is about 1.5 inches in diameter and about a foot long. It can vary, though. There are also those who prefer the short hybrids that are only bigger than the old variety from the Ilocos region.

One favorite Known-You ampalaya in the Philippines is Jadeite, a dark green hybrid with spines, each fruit weighing 400 to 450 grams. It is prolific and is good for planting in wet and dry seasons. Another is Universe which has green fruit about 12 inches long. Being promoted is Moon Beauty, a white ampalaya that is being grown in Cavite.

In China, growers and consumers prefer ampalaya with big fruits, light green in color with smooth skin. In India, Sri Lanka, and other South Asian countries, consumers also like the varieties that are dark green and warty.

In Taiwan, the white varieties are popular. These are good for making soup dishes and salads. They are sweeter than the green ones. Of course, they also grow a lot of green varieties that are light green and with smooth skin.

Varieties with short, apple type fruits are the new ampalaya developed by Known-You plant breeder Lin Yueyen, a lady who has been working for Known-You for 44 years. The white one is called Rococo while the green one is called Fiona. Both have pebbly skin.