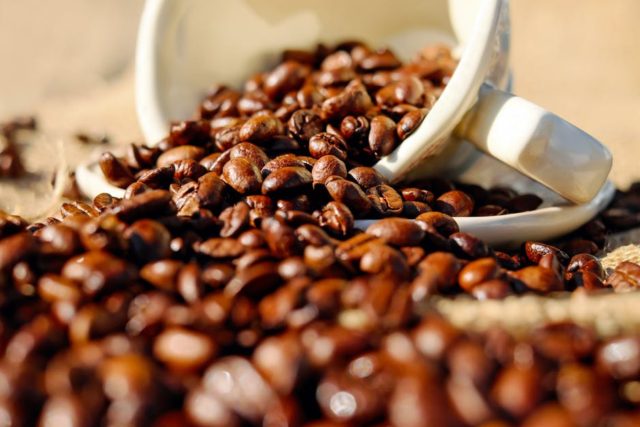 Filipinos love coffee. It’s an important part of breakfast: the image of dunking buttery pan de sal in a cup of hot, sweetened coffee has been making Filipinos nostalgic for generations. Nowadays, coffee has become even more popular. It is the drink of choice for workaholics and afternoon hangouts, and is also a status symbol, with people brandishing cups from their favorite coffee chain or waxing poetic about the latest single origin bean. Even instant coffee brands have stepped up their game, tailoring their offerings to reflect the public’s growing desire for different coffee-based concoctions.

Unfortunately, the country’s own coffee growers have yet to benefit from this boom.

The Philippines used to be a major coffee exporter. It was the fourth largest coffee bean exporter in the world in the 1800s. It is one of the few countries that plant all four types of commercially used coffee: Arabica, Liberica, Exselsa, and Robusta.

According to Dr. Dave D’haeze, Southeast Asia regional manager for the Hans Neumann Foundation, which works with smallholder coffee farmers globally, the Philippines was considered a major player in this industry up until the late 1980s, even before Vietnam came into the picture.

“If you look at the statistics and you will see that (from) 1980 until now, coffee production has almost exponentially grown in Vietnam. In Indonesia it remained flat, and in the Philippines, production went down,” D’haeze says. “If you compare with consumption trends in Vietnam, consumption is very low, traditional tea drinking country. I think in Indonesia, consumption is higher, but also still moderately flat, still not significantly increasing, if you look at the Philippines, it’s more than exponentially increasing.”

That we are a coffee-producing country having to import our own coffee is not only a disservice to our farmers and citizenry (goodbye part of GDP), it is also an affront to our terroir (which doesn’t get talked about enough) and our identity as an agricultural nation. And as everyone knows, coffee isn’t the only industry suffering from a preference for the imported. But that’s another story. According to D’haeze, “The consequence is that since 2000, you are not breaking even anymore. You started to import coffee… If you look at the national level for the Philippines… I think from 1980 until 2017, and you look cumulative at that value, you have imported, we reached 4.5 Billion US dollars. Import, cumulative over 30 years. That’s significant.”

These figures may be daunting, but they also present a great opportunity: an increasingly coffee-crazy public means potentially more avenues for the growth of the local coffee industry. Like the underdog in a feel-good movie, if local coffee players work smart together, there’s a big chance that the country can once again take its place on the global stage.

According to D’haeze, this means working on good agricultural practices. “I think good pruning can already double the yield. Currently we estimate around 300-500 kilos per hectare. (This) can go up to one ton, maybe more,” he says, adding that replacing the old tree stock is also something farmers should look into.

The Philippines should also take advantage of all the available land suitable for growing coffee. “But the Philippines (has) one very particular advantage. I think it’s quite unique in the world,” he says.

“You still have land area that is suitable for Robusta coffee growing, and I’m not talking about encroachment into natural resources. If you go to Mindanao, you have a lot of coconut plantations. I visited them I think back in 2013; the Philippine Coffee Board invited me for fact finding, and I realized that you have these coconut plantations but there is nothing grown in between these few million hectares of coconut trees.”

“Let’s say that even if only 20% or 30% of millions of coconut area is suitable (for coffee planting), then you can perfectly intercrop that with robusta. It’s happening already, but on a small scale. From there, I believe you would easily be able, let’s say under the current condition with current needs, to be self-sufficient. Someone told me that annually, Vietnam is importing 150,000 metric tons of green beans. That wouldn’t be needed. You can easily produce that by yourselves.”

The next coffee tiger?

D’haeze, who is based in Vietnam, thinks that the Philippines can join Vietnam and Indonesia as a major Asian player, what he calls “Coffee Tigers.” “You need to build capacity for trainers. I think it is a lack of human resources and the biggest challenge, lack of funding,” he says. “And the focus, in my opinion, is too much on niche market, specialty coffee, which is fine, but I think you should not look only at niche, you should also look at mainstream, that is the commercial coffee like instant coffee, three-in-one, those things. Do both. It’s happening already.”

“Why (do) big companies… specialize in instant coffee? There is a need for it. People drink it. It’s easy to drink and it’s not so expensive. I don’t think everyone can afford to drink only specialty coffee, so I think you have to focus on both,” he adds.

The Philippines has another unique advantage: Filipinos are natural storytellers. “I see is that the Philippines, from the Asian coffee producing countries I know, is the best in promoting coffee. Telling stories. Branding. And with a strong focus on specialty.”

Optimistic? Yes. But also inspiring, and attainable. After all, if the Philippines was a top global coffee producer before, what’s stopping it from becoming one again? It would certainly make for an interesting movie, and would make the coffee Pinoy dunk their pan de sal in all the more sweet.

Dr. Dave D’haeze was the keynote speaker at the Southeast Asia Coffee Forum.

Aurora is exciting melon for PH