Through the years, the country’s native pig industry has been affected by varied factors.

However, due to the resiliency of the industry stakeholders, they have that ineffable quality which allowed them to overcome different challenges and gave them the opportunity to bounce back stronger, wiser, and adaptable to modern technologies.

Entries to the ‘Lechon Showdown’ where the chef or native pig raiser who roasted the best and most delectable native lechon is declared the ‘Lechon Master’ of the year.

PNPONAI president Maximillan “Ian” B. Cabriga said the event was successfully conducted in partnership with the local government of Silang, Cavite, together with the different government line agencies like the Department of Agriculture, and private institutions.

During the event, Cabriga said the native pig industry has a lot of potentials that need to be tapped in order to generate business prospects, at the same time, provide employment opportunities for the small players.

Cabriga said the event was also organized to connect the farmers with the various government agencies for them to avail of programs that may help them in their organic farm projects.

He says the activity likewise aims to help or motivate the farmers to become “agripreneurs” or “farmpreneurs.”

As one of the guest speakers, Dr. Synan S. Baguio of the Livestock Research Division of the Philippine Council for Agriculture, Aquatic and Natural Resources Research and Development of the Department of Science and Technology (DOST-PCAARRD) emphasized the importance of the native pig industry.

He says native animals are considered as an important component of most agricultural production system in the rural areas. 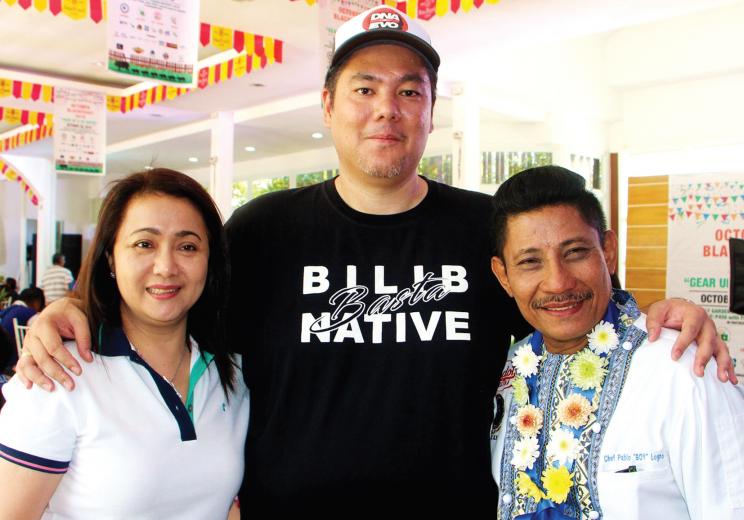 Cabriga, with his wife Ana, and Logro, during the event.

“They augment food supplies, provide high quality protein food, and source of livelihood. One of these animals, which are common in the Philippines, is the native pig,” he pointed out.

The DOST-PCAARRD has been supportingR&D initiatives through its Industry Strategic Science and Technology (S&T) Program (ISP) for Swine.

Baguio says the program aims to address the current problems by developing technologies and systems that are expected to improve the productivity and production efficiency.

Other important characteristics of the native pig include its adaptability to local environment conditions, apparent resistance to diseases, and the unique texture and taste of its meat.

Baguio says these are enough reasons to invest on research and development (R&D) initiatives to improve the country’s native pig, which PCAARRD has been doing.

Research and development investments on native pig breeding are geared towards enhancing the potentials of the said animal as a source of livelihood for small rural dwellers, raw materials for the production of pork-based ethnic delicacies, and of genetic materials to respond to changing consumer demands and to climate change.

It was learned that R&D activities on native pigs are being conducted to establish breeding true-to-type populations that are uniform in physical characteristics with predictable production performance and consistent product quality. 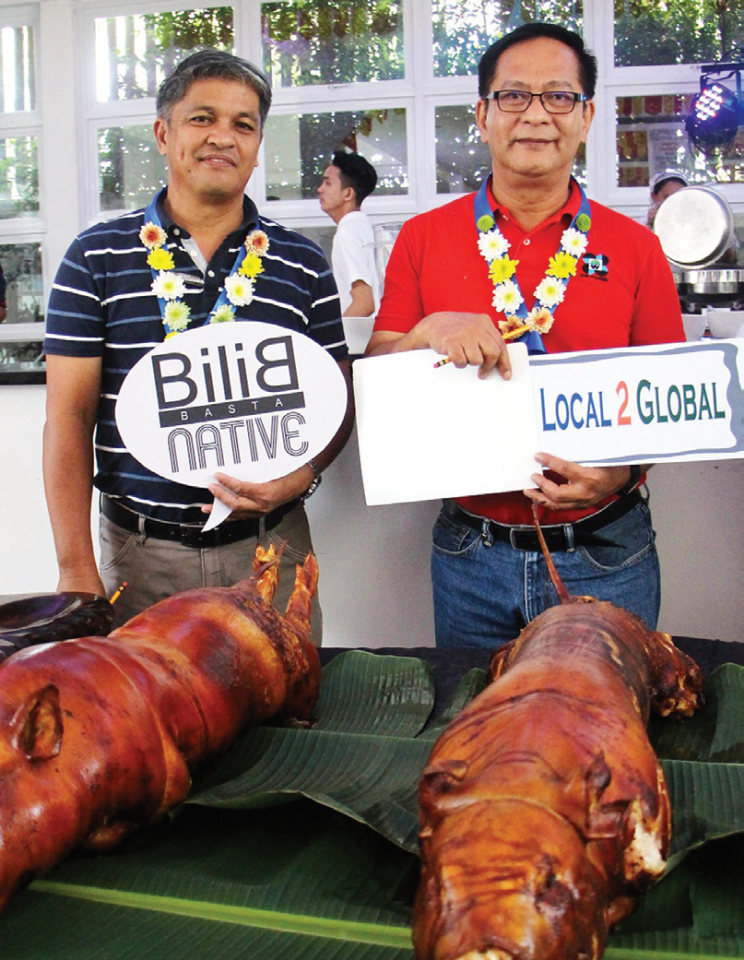 In photo are NSPRDC Center Chief Dr. Rene C. Santiago (left) and Dr. Synan S. Baguio of the Livestock Research Division of the DOST-PCAARRD while showing slogans at the event.

Cabriga, who started organizing the native pig raisers several years back, said they also intend to set-up the standards on breeding, nutrition, and health management of native pigs.

He emphasized that the demand for the native pig’s meat has been rising, and yet the resources remained low, thus, the need to address the deficiency, which he said could provide a brighter prospect for the local entrepreneurs.

Highlighting the event was the “Lechon Showdown” where the chef or native pig raiser who roasted the best and most delectable native lechon is declared as the “Lechon Master” of the year.

Cabriga says the segment aimed to promote, in a friendly competition, the best way of preparing and roasting the native pig.

It was the Badboy’s Lechon group led by Lenny Arbis which emerged as the 2018 Lechon Master Champion during the event.

Representing Senator Cynthia A. Villar as the guest of honor and keynote speaker during the event is Attorney Raegee Tamaña.

Tamaña, who is the chief of staff of the office of Senator Villar, underscored the importance of the native pig industry, which the lady senator is a staunch supporter.
The annual activity gathered hundreds of native pig raisers and enthusiasts, and visitors coming from different areas and regions.

Aside from benefiting from the lean and healthy meat of the native pigs, Cabriga says, other by-products like leather, which can be processed from the swine’s skin, can also be used to manufacture bags, wallets, and other similar products.

Of course, the meat of native pigs, which can be considered organic in nature, is now being processed to produce quality meat products, like sausages, ham, tocino, and other specialty meat products. 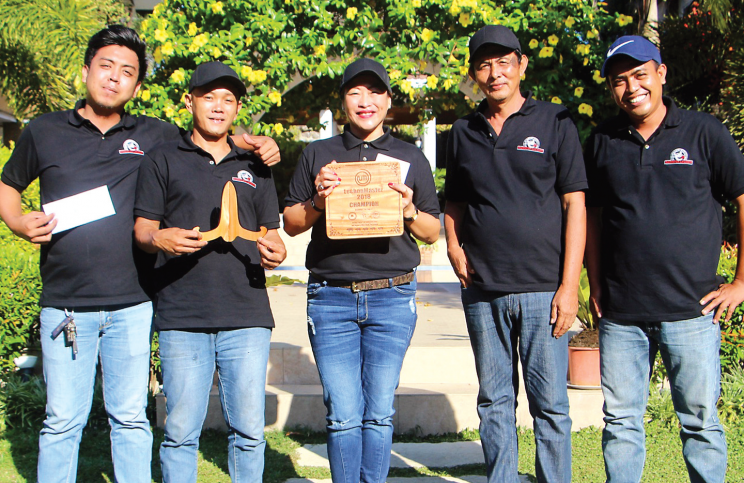 The Badboy’s Lechon group led by Lenny Arbis (center) emerged as the 2018 Lechon Master Champion during the event.

Native pigs can be raised without the use of chemical inputs and have high economic potential for those engaged in organic swine production.

Cabriga added that native pigs could easily adapt to the local conditions and able to tolerate heat and cold environments better than imported breeds.

“We are inspiring our fellow native pig raisers to produce more quality and native pork meat to meet the demand,” he pointed out.

After all, resilience is what gives the native pig industry players the strength to cope with the challenges facing the sector in order for them to bounce back from difficult experiences.