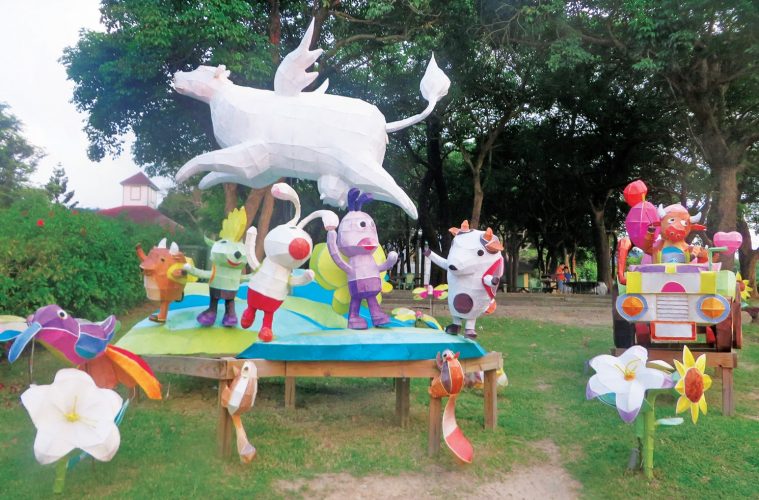 They dared to be different and won

In our coverage of agriculture, we sometimes come across unusual strategies that can make their proponents big winners. In Taiwan, for instance, the leisure farm that comes to mind is the Flying Cow Ranch in the county of Miaoli.

The name alone is very intriguing because you and I know that cows don’t fly unless they are loaded in a plane. We had visited this farm at least three times and we asked the founder how he came to name his farm the way he did.

Well, he just gesticulated and said he just wanted to appear different. Even the concrete life-size figure of the Holstein Friesian cow was colored red and white instead of the blue and white coat of the dairy breed. 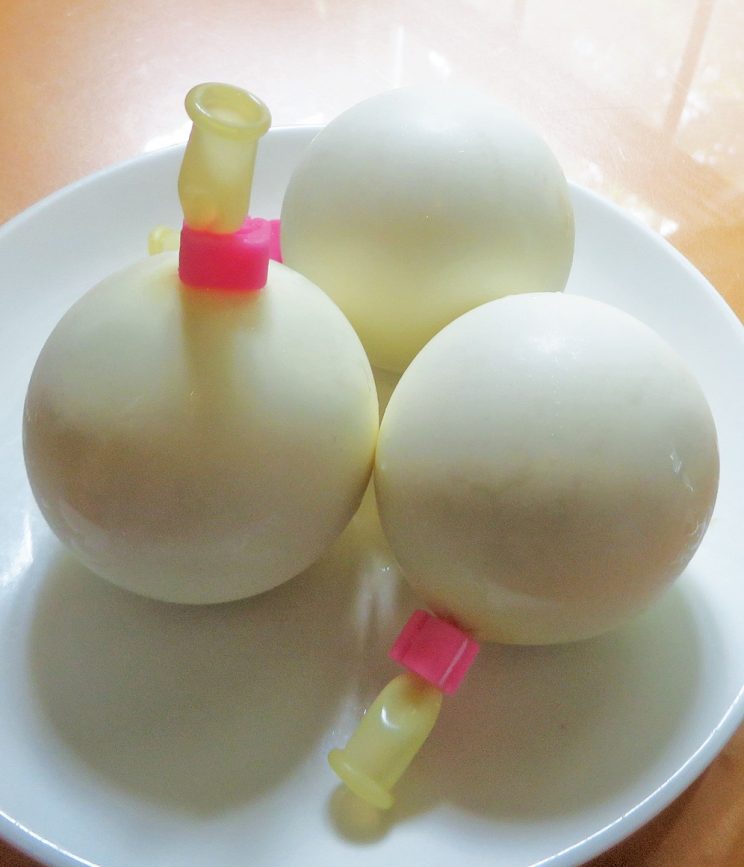 The unique pudding encased in an elastic casing.

The meals served at Flying Cow are also unique. In Shabu-shabu or hotpot, for instance, the meat and vegetables are cooked in fresh milk instead of water. And the pudding does not come bare in a small saucer. It is in the form of a small ball in an elastic casing. By pricking it with a toothpick, it bursts open. There are so many other unique recreational DIY or do-it-yourself activities that attract a lot of visitors. Flying Cow is one of the most popular leisure farm destinations in Taiwan today, drawing some 500,000 tourists a year.

About 20 years ago, many people, including us, thought “Harbest” in Harbest Agribusiness Corporation was a typographical error. The company was started by a La Salle graduate who confessed he did not know much about agriculture in the beginning.

Because Toto Barcelona knew how to speak Chinese, he was asked to guide a group of Negros big time farmers in Taiwan where he previously worked for several years. The group visited Known-You Seed in Kaohsiung and that’s how he met the president of the company. The seed company chief suggested to Toto that he sell hybrid seeds of vegetables and other high-value crops in the Philippines.

Although reluctant to accept the proposition, Toto finally acceded and put up Harbest Agribusiness. When asked why the “misspelling”, he answered that no one would notice if he used the correct word. And he thinks he has been right after all.

Today, Harbest Agribusiness is a well known name in the agriculture sector. The seeds proved to be a very good entry point in the business of farming. He took pains in convincing the farmers to plant hybrid seeds. Of course, the ordinary farmers, even the educated ones, did not accept the hybrids right away for a number of reasons. First, the seeds were much more expensive than the ordinary ones. Also, they didn’t have the experience to go all out for them.

Today, the hybrids are well accepted, and Toto is not only making good income from the sale of seeds, but also the other inputs such as plastic mulch, seedling trays, farm tools and equipment, including mini tractors for rotavation, plant protection products, fertilizers, biostimulants, and many more.

Now you see, opting to be different can mean a lot in agribusiness, and maybe in other businesses too. Two very good examples are Flying Cow Ranch and Harbest Agribusiness.