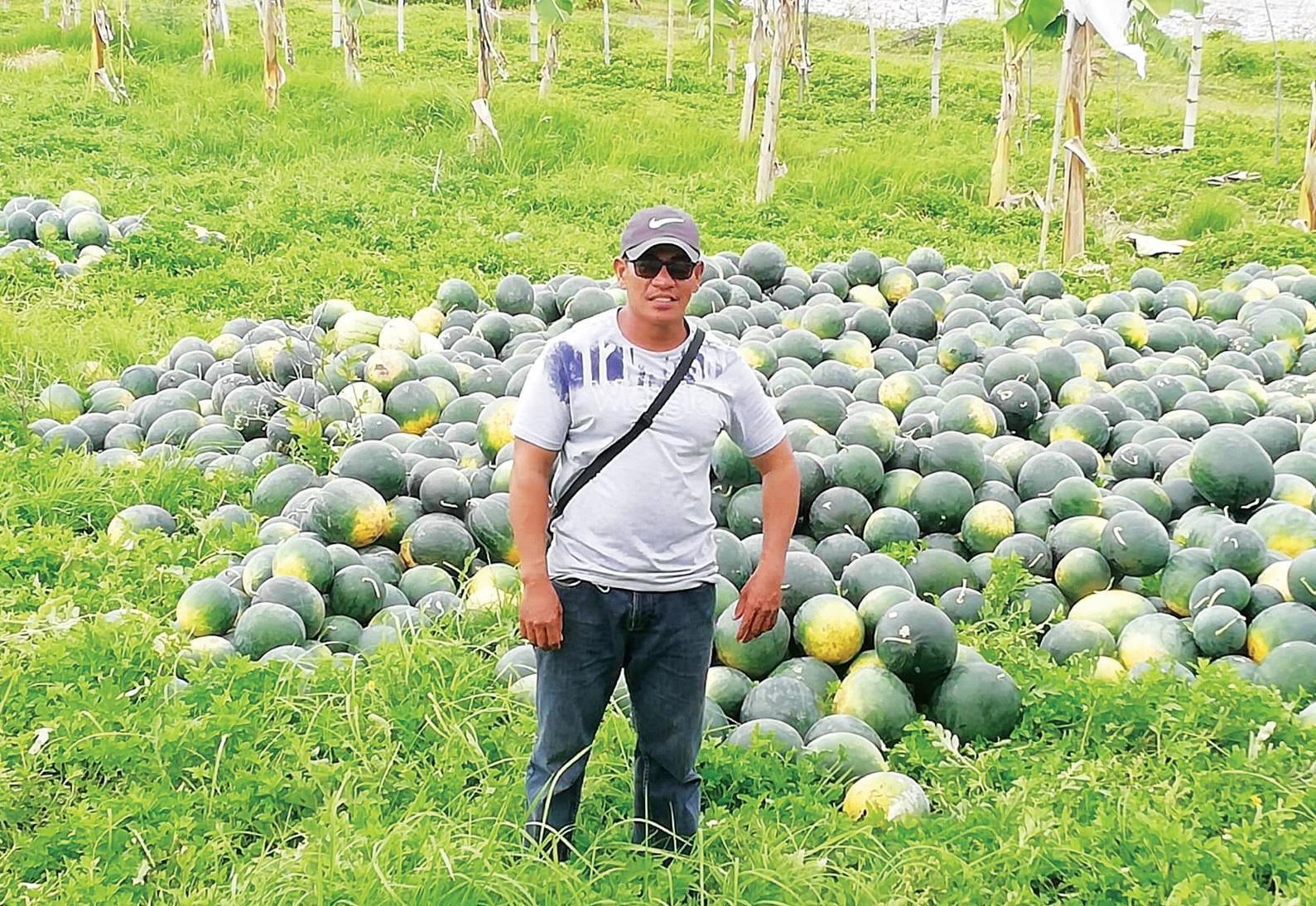 It is always a pleasure to talk to a former OFW who knew how to save and invest his earnings. And now that he is back home, he is serious in undertaking agribusiness projects.

The fellow is Edison Magararu, 47, who came back to the Philippines after working for 12 years in the finance section of the US Corps of Engineers in Afghanistan. We had a very enlightening exchange of ideas when he visited our farm on January 15, 2018.

What impressed us most is that, he knew how to save his income and invest some even while working abroad. He invested in shares of stocks that gave him passive income. In fact, he said that the one-year-old SUV that he drove to the farm was bought with the dividends from his shares of stocks. 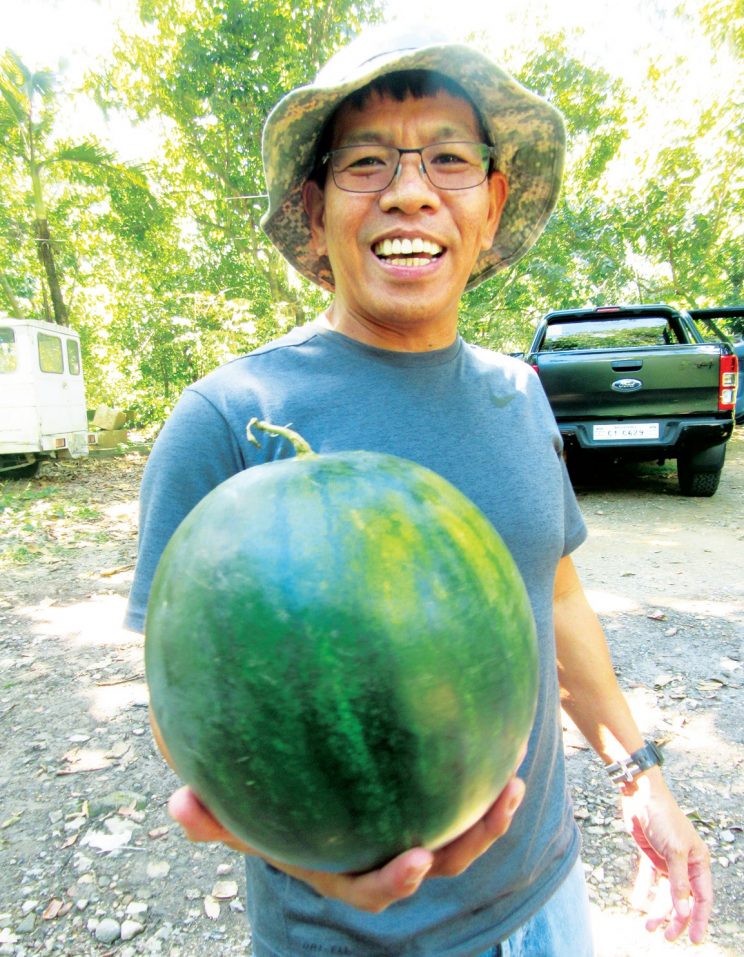 He returned to the Philippines last year. Three years before his return, he bought a 12-hectare rainfed farm foreclosed by the bank and a five-hectare fishpond that was mismanaged in his hometown of Bongabon, Mindoro Oriental. He has big plans in developing his farm and fishpond. He is excited because while still abroad, with his brother Edmund as the farm manager, they had undertaken a couple of projects that were immediately profitable.

During his vacation in the Philippines, Ed attended a seminar on shrimp production conducted by Tateh Feeds. He immediately liked the idea of raising Vannamae (the white shrimp now very popular here). So he stocked 100,000 post larvae (PL) or baby shrimp in one hectare in late September last year which was harvested just before Christmas. As an accountant, he listed all the cost of inputs in that particular project. What was the result? Aside from the harvest that the family ate and some given to friends, Ed netted P60,000.

His first crop was raised the extensive way which was only 10 baby shrimps per square meter. Now he is thinking of stocking the pond the intensive way where as many as 200 PL are stocked per square meter. A multinational company that is experienced in aquaculture is talking to him for a possible joint venture that will undertake intensive Vannamae production. The company already has successful operations in Mindoro with other fish farm owners, according to Ed.

The other profitable crop that Ed produced last year was watermelon. Because, his brother and himself don’t have any experience in growing the crop, they engaged the services of a technician who guided them with 25% of the net profit as his compensation. 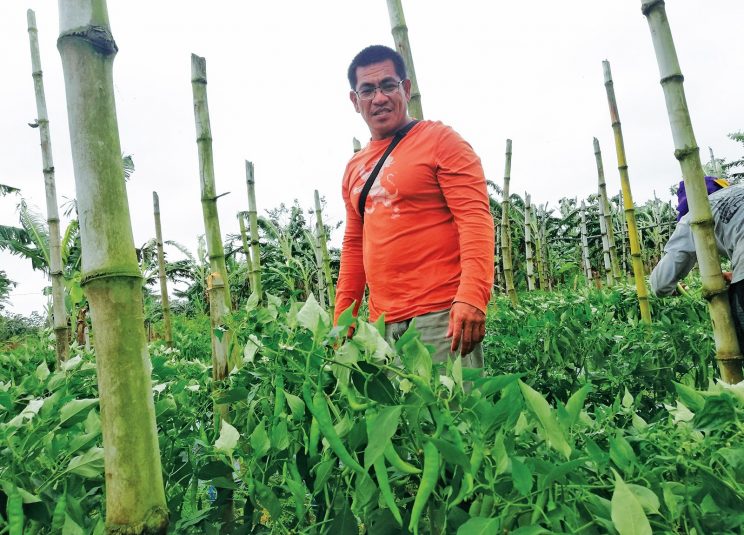 Vegetables were also planted at the Magararu farm, but the prices were so erratic, that the operation was only break-even. They slowed down in planting vegetables in the meantime.

The seeds were planted in early October and harvested on December 22, just before the typhoon and flood on December 28. Again, Ed listed all the expenses that went into production, including snacks for the workers. The total cost of production was P106,000. The whole crop was contracted by a buyer who paid P230,000. That meant a profit of P124,000 in a growing period of three months. Not bad for a start.

Ed got a share of 50% or P62,000 while his brother Edmund pocketed P31,000, and the technician, also P31,000. At the time of our meeting, they have started planting the next crop of watermelon for harvesting in late March or early April.

Another good source of income from Ed’s farm is the six hectares of Saba bananas that have been there for years. Every two weeks, they harvest P15,000 worth of fruits which a banana chips maker in Pinamalayan buys at P1.30 per piece. 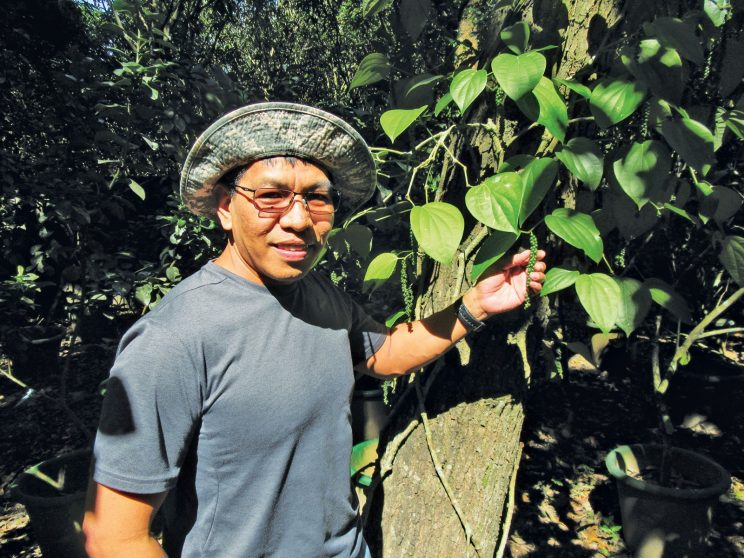 Edison is also interested in the Paniyur, an Indian black pepper with long fruit spikes.

He and his brother have also tried growing vegetables but they have stopped planting for the meantime because they have been just breaking even. The prices of vegetables are very erratic in Mindoro. When Boracay was closed, they had lost a big market.

Most of the farm workers are Mangyans who are being paid a daily wage more than the minimum set by law. They are quite hard working but have to be given guidance, according to Ed.

Ed finished a Commerce course at the Divine Word College in Calapan City in 1995. The following year, he got a job, first as a casual employee, at the PhilMech in Nueva Ecija. That’s where he met his wife, the former Bezt Gee Salcedo, now a section chief in the Communications Department of the government agency. The couple have two boys who are enrolled at the UP Baguio. Edson Fidel is taking up Entrepreneurship while Rudee Daniel is majoring in Mathematics.