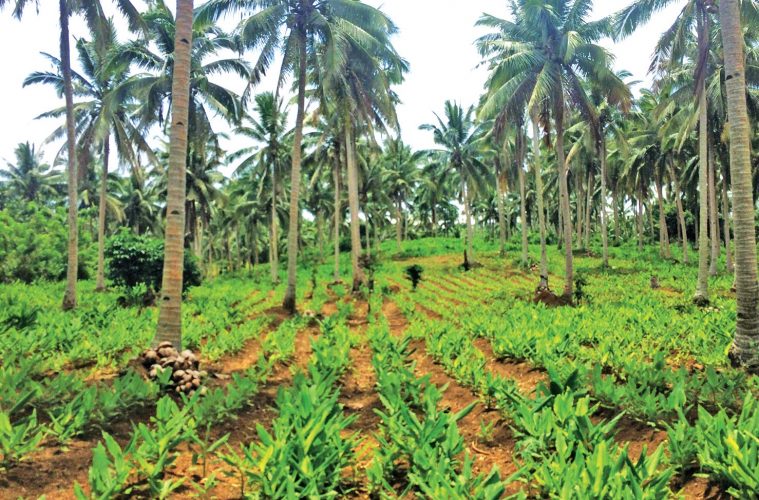 An ambitious goal to make Marinduque a one-island economy

An award-winning young lady agriculturist started in 2014 an ambitious project that aims to transform Marinduque from one of the country’s poorest provinces into a One-Island Economy that will produce most of the requirements of its more than 250,000 population. The scheme particularly targets to benefit the many agrarian reform beneficiaries who are currently making an average income of P4,000 every 40 days from their one-hectare coconut farms.

She is Cherrie Atilano, 32, who, together with development-oriented partners put up Agrea, a non-governmental organization (NGO) that is operating for profit. This means that the farmer beneficiaries should make money from their farms, and at the same time, Agrea will also make money for rendering its services that include training of farmers, looking for markets for the commodities produced, and others. This strategy will make the operation sustainable and profitable.

Agrea does not only depend on donations from foreign donors. 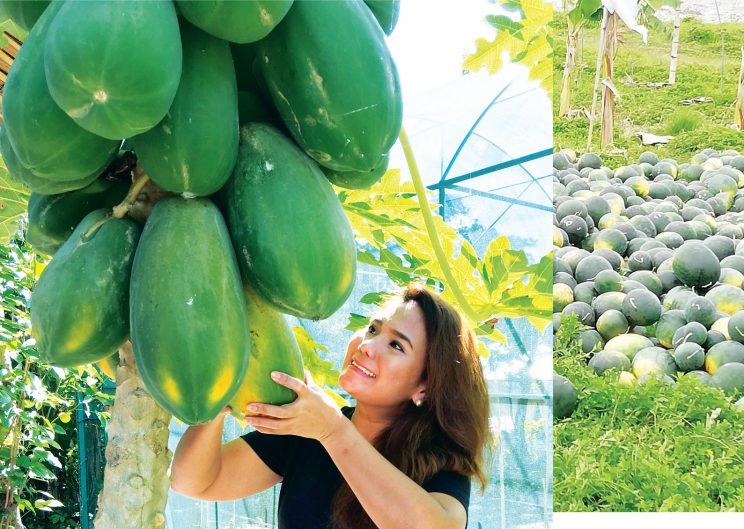 The strategy is to coach the farmers to plant certain crops that Agrea can sell locally as well as abroad at a profit. The company chose Marinduque as a place to operate because it is one of the poorest provinces in the country where a lot of agrarian reform beneficiaries reside.

One of the main crops that Agrea taught the farmers to produce is turmeric which they are intercropping with their coconut trees. Today, there are 60 coconut farmers who are growing turmeric on 60 hectares which Agrea makes into powder for sale to a local pharmaceutical company as well as buyers from India, Europe, and elsewhere. The European buyers prefer the turmeric from Agrea because it is of good quality and is also organically grown. Turmeric is well known to possess medicinal attributes.

The current growers of turmeric have been organized into agro clusters for more convenient management. Each cluster consists of 10 to 15 farmers. Aside from turmeric, Agrea has also encouraged some farmers to grow Serpentina, a plant with known medicinal attributes. The leaves are made into powder and is now supplied to a big pharmaceutical laboratory. 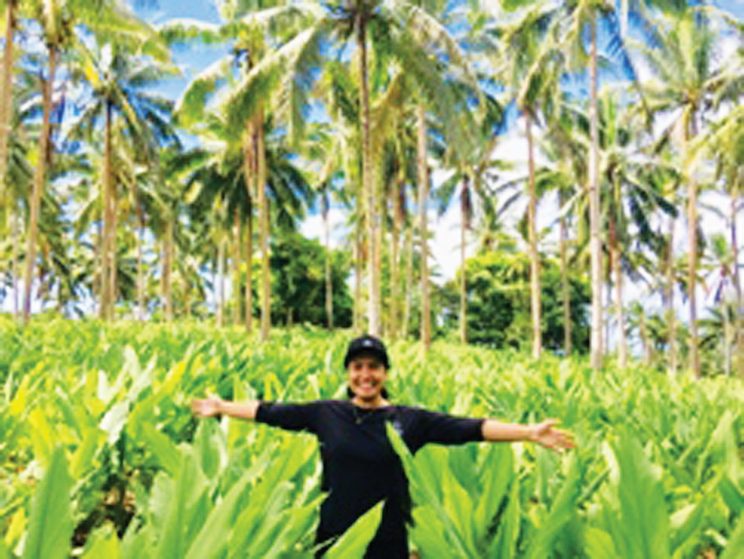 Atilano’s vision is to make Zero Hunger in Marinduque. This does not mean hunger for food alone. It also means hunger for education and decent life. Another vision is Zero Waste which means that the farm wastes are converted into fertilizer with the use of indigenous microorganisms. Then there is the vision of Zero Insufficiency. Atilano learned that at present, Marinduque imports 91 percent of its rice requirements. However, IRRI and PhilRice confirmed that the province has 4,000 hectares of land suitable for growing rice which could produce more than the local rice requirements. What’s more, Marinduque imports 60 percent of its vegetable requirements.

The farmers in Marinduque are also being taught how to produce other organic products. One promising product is coco sugar. In one barangay, 75 hectares of coconut plantings are now devoted to coco sugar production. A cooperative that Agrea helped organize is now producing 250 kilos of coco sugar a month, fetching P250 per kilo.

Being integrated in the farming of the farmer beneficiaries are production of organic eggs and meat, fruit trees, vegetables, and other high-value crops like papaya and watermelon. Agrea has put up a farm school where the trainees learn not only the art of growing plants and animals, but also how to produce organic fertilizers and concoctions of plant extracts for fertilizer and crop protection. 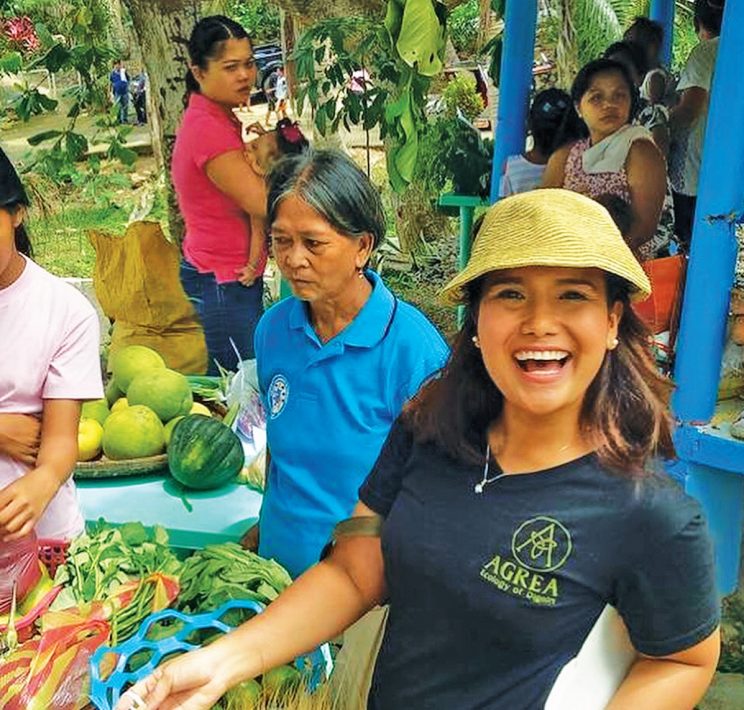 Atilano in a vegetable market organized by Agrea.

Agrea is also helping develop Marinduque as a tourist destination where the projects of Agrea and the farmer beneficiaries are visited, not only by local tourists, but also by foreign visitors. Among the foreign tourists that have visited Agrea projects include many professionals from New Zealand, Japan, Singapore, Australia, United Kingdom, United States, and Canada. Each visitor who gets a welcome salad is charged P250 entrance fee.

Because of the good news about Agrea’s project in Marinduque, the local government in Siargao Island, invited Atilano’s group to go and create a program for food production that will cater to the requirements of local and foreign tourists.

Atilano said that some 80,000 to 120,000 tourists visit Siargao every month. The problem is shortage of food. So Agrea has already come up with a strategy to produce vegetables and fruits so that most of the food requirements in Siargao will be produced locally in some of the nine towns of the island.

Atilano, of course, is very excited about the possibilities of producing much of the food requirements in Siargao. It means that they will be able to help many farmers by teaching them how to grow the vegetables and other high-value crops that will give them much needed income. Of course, Agrea will also increase its own revenues. After all, Agrea is an NGO for profit. It means the farmers will be happy, and Agrea will likewise be happy.