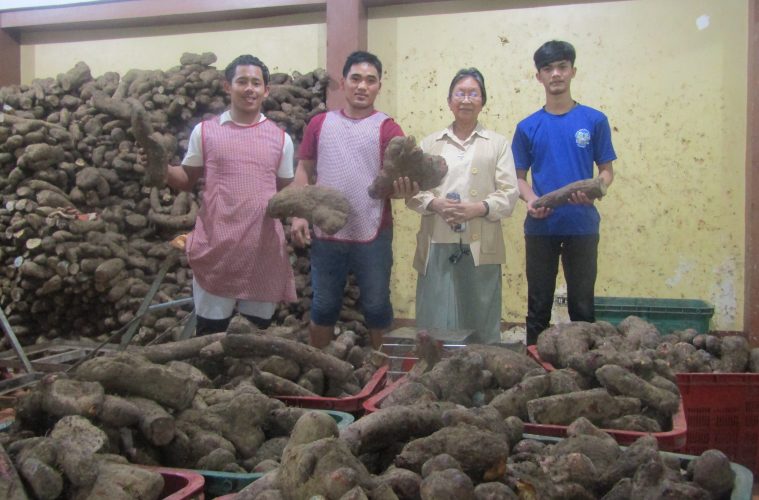 Climate change and the rise of white ube

Netizens were abuzz as the Good Shepherd Convent in Baguio recently shifted to selling white ube instead of the usual purple variant as the main ingredient of their famous jam due to the continuous onset of climate change.

“The last delivery of purple ube was July 23 of this year. From August 1 to the third week of September, there was no ube jam available because the farmers could not deliver,” said Sister Mary Guadalupe Bautista, Religious of the Good Shepherd.

She explained that there are several factors that affected this year’s supply of purple ube and caused it to decrease in amount. Climate change, however, in on top of the list. 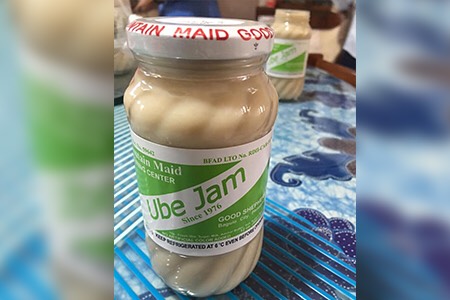 A NEW LOOK TO A CLASSIC FAVORITE – Good Shepherd recently switched to selling white ube rather than their usual purple because of low supply brought about by climate change. (Photo from Good Shepherd’s Facebook page)

Quoting the farmers, Sr. Bautista said that during Typhoon Ompong in 2018, ube crops were ruined because of waterlogging. In the meantime, the farmers also struggled during the recent El Niño because the dry soil made it hard to find areas suitable to plant ube.

Bautista is the current head of the Mt. Maid Training Center & Development Foundation, Inc., a social enterprise located in Baguio that was born from the need to feed and clothe the meager children from the Cordillera who were under the care of the Good Shepherd Sisters.

In the past, the center did not accept white ube from their partner farmers. But due to recent circumstances, they began to buy the root crop at P45/kilo, the same price as the purple variety.

Ube (Dioscorea alata L.), also known as ubi or yam, is a vine which produces both aerial and underground tubers. It is cultivated for its roots and tubers which can be processed into different food products such as chips, flakes, pastries, and jams.

“When we introduced white ube, not many people believed it was ube. They said it was sweet potato, taro, or tugi (lesser yam),” Sr. Bautista said.

They then sold white and purple to give customers a choice. Sr. Bautista said that the two products taste the same but the white is stickier than the purple in terms of consistency. 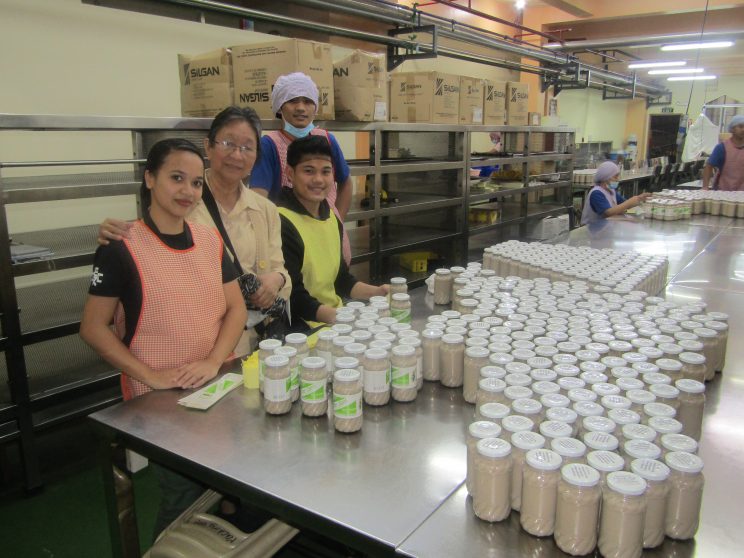 Although the public still prefers the familiar purple ube jam, the convent’s viral Facebook post last September 23 caused a rising interest in white ube. Whether white or purple, a 12 oz. ube jam is priced at P230.

A sweet treat for a good cause

Established in 1952, the MMTC is born out of the Good Shepherd sisters’ intent to sustain their mission of feeding and clothing children aged 3 to 18 in the Cordillera Administrative Region which includes the provinces of Abra, Benguet, Mt. Province, Ifugao, Kalinga, and Apayao.

The sisters initially begged for leftovers from the market and relied on donations, benefactors, and other forms of aid to keep their mission going.

It was through the late Sr. Carmel Medalla’s, RGS, idea of making strawberry jam that began MMTC’s production of delicacies sourced from the farms around the area.

The sisters used recycled glass jars, sold the jam to their friends then later asked the jars to be returned for future use.

In 1976, Sr. Fidelis Atienza, RGS, experimented with ube jam production after a friend suggested making halaya. The sisters and students from the center bought raw ube from the market then began the process of making the jam.

By the 80s and 90s, the jam became so popular as pasalubong that long lines of customers waited for hours to get their hands on a jar.

Profits from selling the jam gave the Good Shepherd sisters a chance to fulfill their goal of providing food and clothing for the youth.

Now on its 67th year, the convent’s mission has evolved into helping disadvantaged Cordillera youth to earn a college degree through a student-workers’ program where the applicant provide their service for the center in exchange for an opportunity to receive tertiary education.