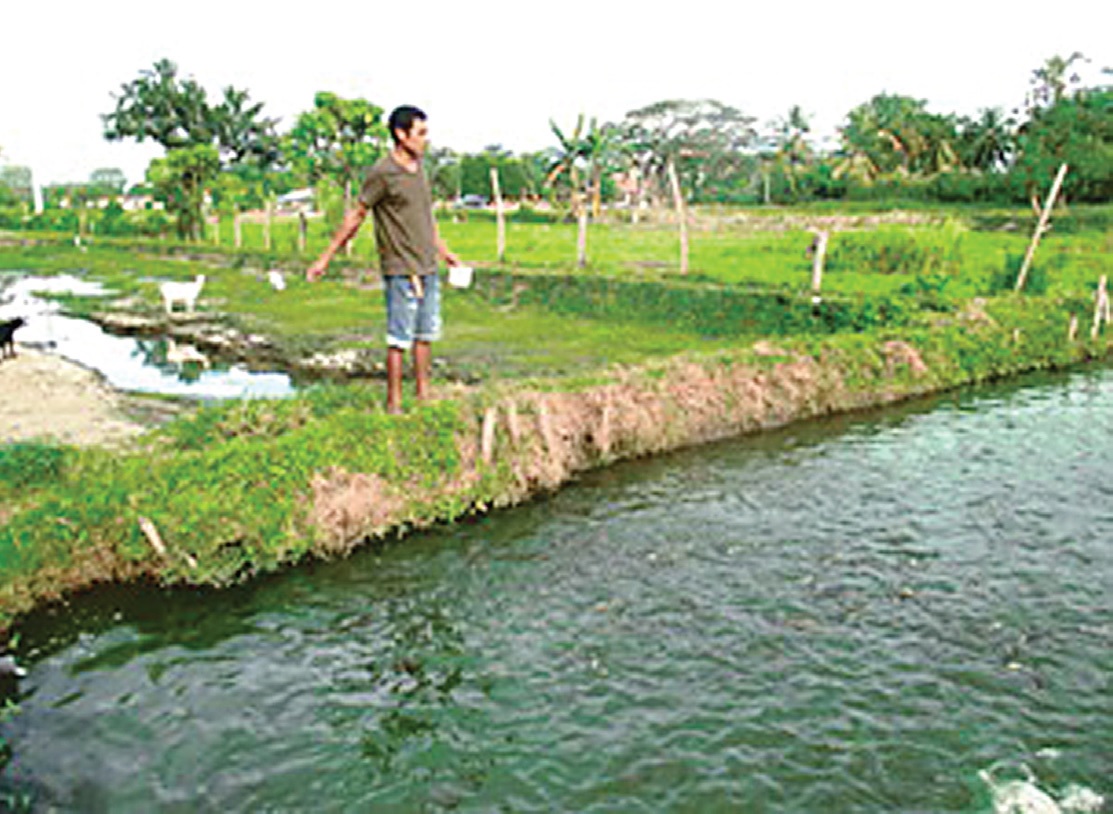 Lake Sebu, the largest freshwater lake in South Cotabato with 354 hectares, is the biggest producer of cage cultured tilapia in the province. In 2014, there were 3,000 cages, each measuring 17 x 10 x 3 meters, and stocked with 2,500-5,000 fingerlings per cage, which occupied 51 hectares of the lake, or 14.4% of its total area. The cage area was more than the 10% area allowed by law for ecological sustainability. As a result, it took 7-8 months of culture to grow the fish to market size (3-5 fish/kg) even with commercial feeds, and survival of the fish was only 30% due to fish kills. 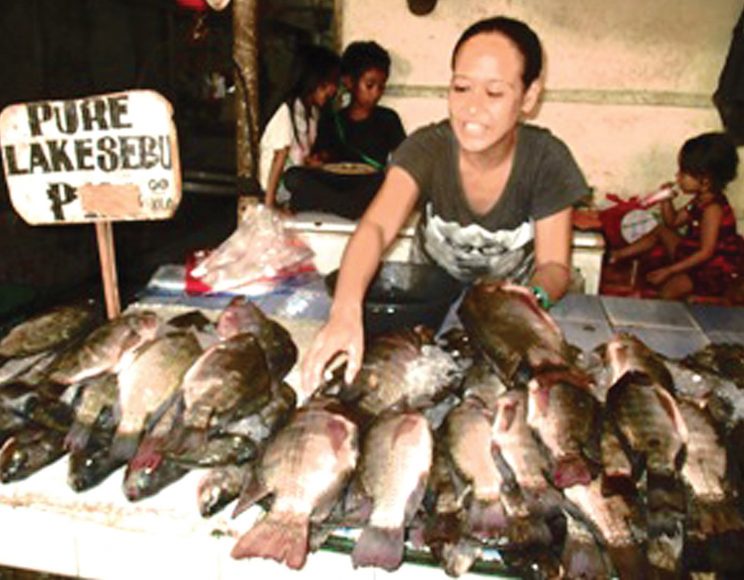 Nile tilapia from Lake Sebu in the Koronadal market.

The fish kills in Lake Sebu are commonly caused by lake overturns locally know as “kamahong.” An overturn occurs when the top oxygen-rich layer of the lake water sinks with lower temperature than the warmer bottom water layer (oxygen-poor), which rises to the top. The accumulated organic matter from fish wastes and excess feeds at the bottom of the lake produces toxic gases that also contribute to fish mortality. In 2018, the number of fish cages in Lake Sebu was reduced to 1,800 or 8.6% of the lake’s area, which is below the 10% limit.

To support the tilapia fingerling requirement for stocking in the Lake Sebu cages, tilapia hatcheries have sprung up in South Cotabato. There are more than 70 small-scale hatcheries in the municipality of Banga of the province that breed the fish and rear their fry using freshwater ponds converted from irrigated rice land. The GET-EXCEL improved Nile tilapia strain of the Bureau of Fisheries and Aquatic Resources is used for breeders. Some hatcheries apply the sex-reversal technology for the production of all-male fingerlings that grow faster than the mixed-sex fish. The millions of fingerlings produced by the Banga hatcheries are procured by the tilapia cage operators in Lake Sebu, and the tilapia pen farmers in Lake Buluan (Maguindanao).

To improve the cage culture of tilapia in Lake Sebu, the size of the cages should be reduced to 10 x 10 x 3 meters, the space between cages should be at least 10 meters, sex-reversed fingerlings should be stocked at 5,000/cage and floating extruded feeds should be used instead of slow-sinking feeds. With such improvements, the culture period can be reduced to 4-5 months with lesser cost for feeds and higher survival of fish. 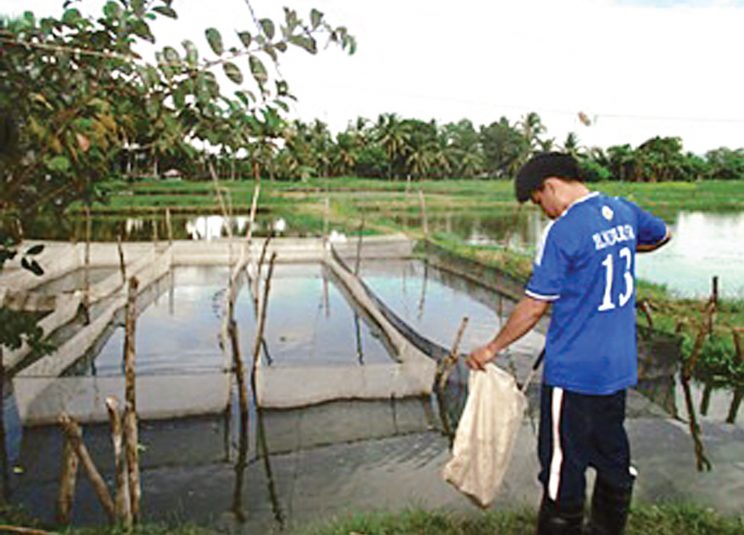 The grow-out of sex-reversed fingerlings to market size fish in freshwater ponds (0.25-1 hectare and 1.5-2 meters deep) has high potential in South Cotabato for augmenting the supply of fish produced in Lake Sebu. Fingerlings can be stocked at 5/m2 and cultured for 4-5 months with commercial feeds as in the fishponds of Pampanga, the country’s largest producer of pond-raised tilapia. The yields of the fish can be 8-10 tons/ha/crop.

Sandy Javier goes all-out for sweetest jackfruit in the world 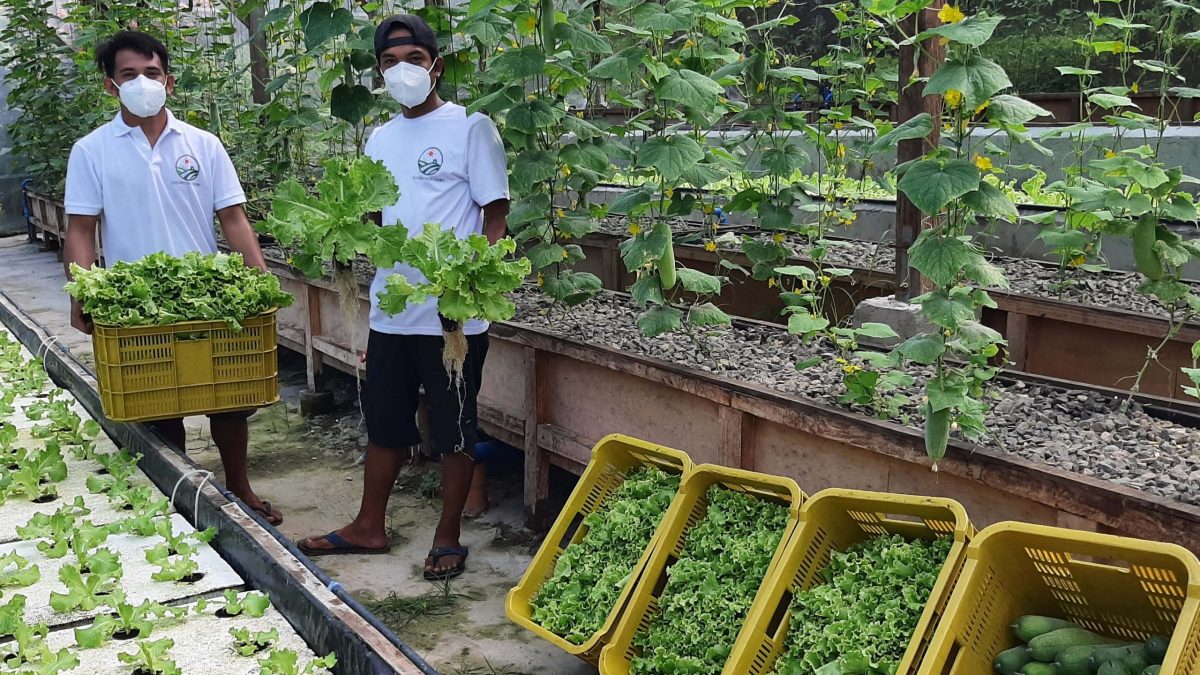 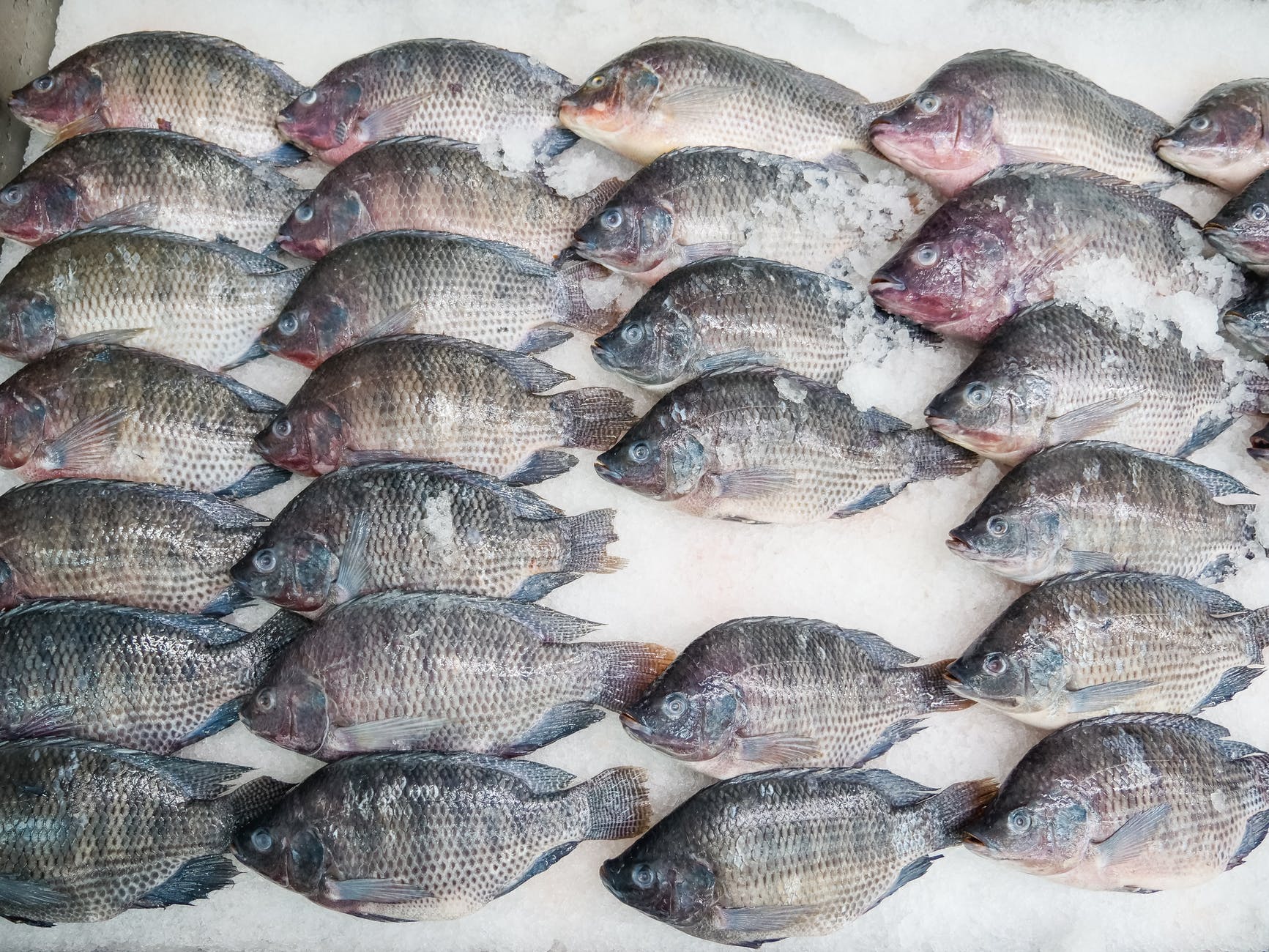