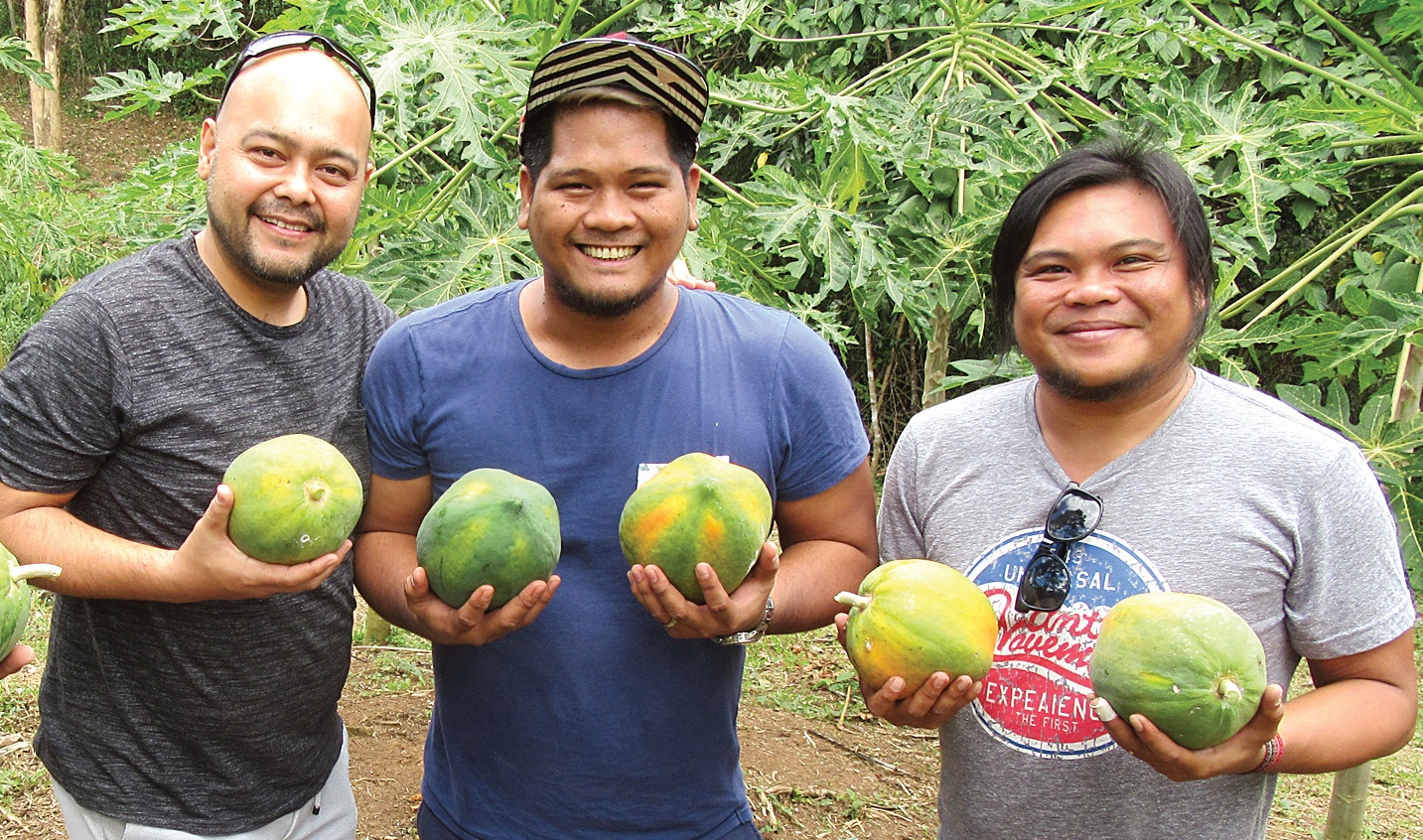 Ryan Soler, in his 40s, a radio program producer and a businessman, is a relatively new gentleman farmer who is developing a 13-hectare farm in Tanay, Rizal that he bought three years ago.

He has found farming very enjoyable that gives him respite from the pollution and monstrous traffic in the city. He has targeted dragon fruit as his major crop, with two hectares already planted to 4,000 hills. Additional areas are being readied for new plantings of the crop. Helping him in taking care of dragon fruit is Darwin Venalon.

Soler is taking his farming seriously. He had to put up a submersible pump to make sure there is water for irrigating the plants, especially during the dry months. The submersible pump is a big investment but is necessary for the farm to succeed in maintaining the crops. 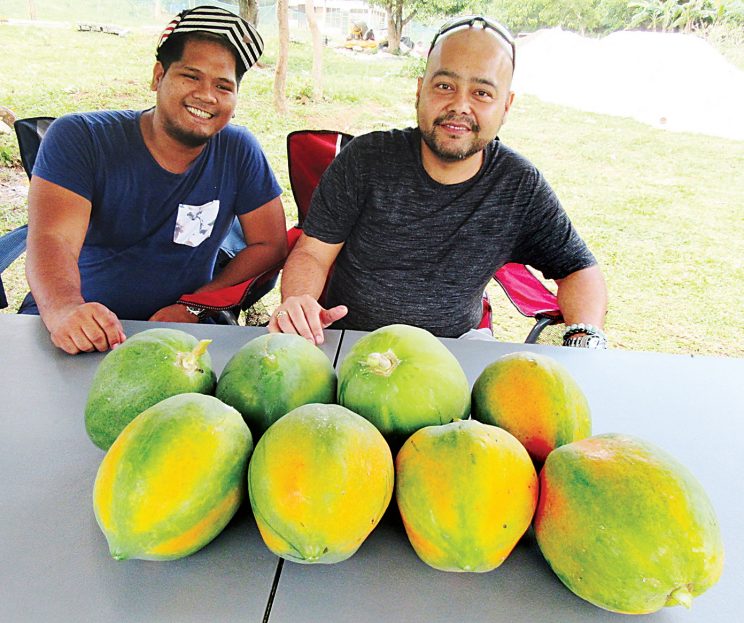 Oril and Soler, also with their harvest of beautiful Red Lady papaya.

When Soler bought farm, it was virtually inaccessible. So he himself constructed the barangay road which is a few kilometers from the main road. Now, he has started putting up a pavilion which could be a multipurpose structure. Aside from dragon fruit, Ryan has other crops in lesser scale, like his Red Lady papaya. During our visit to his farm on January 11, 2018, he really enjoyed harvesting and eating ripe Red Lady fruits. His other crops in smaller plantings include pomelo, rambutan, sweet dwarf coconut, Perante orange, native dayap, American lemon, and others. He dreams of having a complete collection of outstanding crop varieties, including vegetables not necessarily for commercial purposes, but for his own use, and for gifting to friends and relatives. He is interested in growing organically vegetables like hot pepper, ampalaya, eggplant, tomatoes, okra, and others. He will also start raising free range chickens soon so he and his friends can enjoy native chicken tinola and adobo during their visits.

Among his trusted staff who help him are Leo Oril and Herbert Lelina, an architect who helps plan for structures on the farm.

Plant-based diet as a key to unlock diabetes-free lifestyle