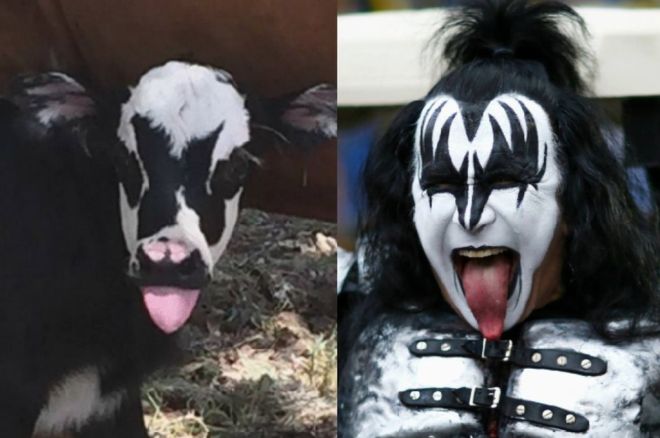 The internet’s newest sensation isn’t a he or she, but a calf that resembles Gene Simmons, the frontman of American rock band KISS.

Genie, named after its look-alike, was born on a ranch in Texas. The little bovine is gaining the attention of many netizens because of the uncanny similarities that it shares with the rocker.

The calf’s face markings unbelievably resemble Simmon’s signature face paint, and they even share the same habit of sticking their long tongues out.

The viral Genie was first seen on a Facebook post by Hill Country Visitor, a Texas’ Tourism agency who jokingly implied that the calf could pass as the child of Gene Simmon because of their uncanny resemblance.

Not too long after the post went viral, Simmons himself also expressed his fascination for Genie by tweeting “This is real, folks!!!”