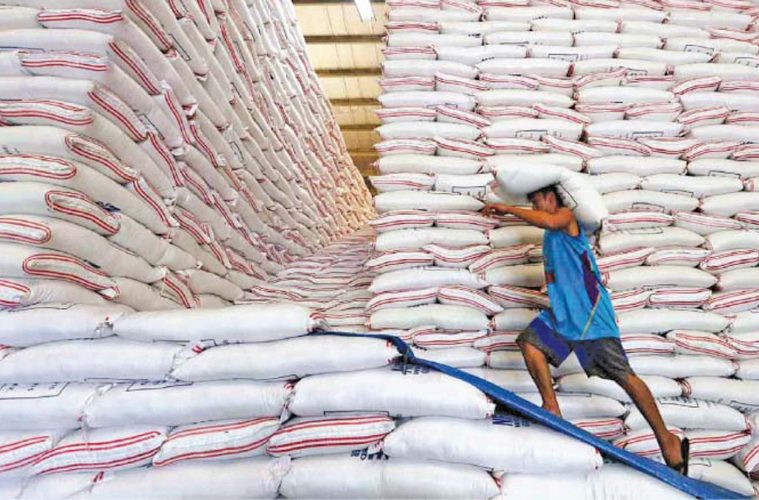 2018 was an exacting time in the Philippines. There was a rice “crisis.” The government buffer stock agency – the National Food Authority (NFA) – failed in its mandate to import and buy palay. Its rice inventory as early as July 2017 was already nil. Inflation ensued in 2018. The government inflation target of two to four percent was breached. For the poor, where rice is a large part of household budget, it was a miserable year.

As a result of the crisis, the NFA was transferred to the Department of Agriculture (DA) from the Office of the President. The Rice Tariffication Act was passed with rice tariff from ASEAN set at 35 percent. Hopefully, rice price inflation will be tamed. But rice farmers feared losses due to their high production cost. Meanwhile, the DA Secretary mandated NFA to import with 25 percent broken rice.

Meanwhile, the Asian rice market was relatively stable with prices of various white rice grades hovering around $395 to $400 per ton, f.o.b. Thailand.

There are perennial fears from local quarters that since the world surplus is small, the Philippines must strive for self-sufficiency.

The world rice market has been in the order of 45 million tons a year, or about nine percent of global rice production. It has been dominated by a few countries. There are about 12 countries exporting 500,000 tons a year or more. The key players are India, Thailand, Vietnam, the USA, Pakistan, Myanmar, Cambodia, and China, all selling over one million tons.

ASEAN countries, specifically Thailand, Vietnam, Myanmar, and Cambodia, supply about half (23 million tons) to the world market (USDA). Interestingly, other ASEAN nations – the Philippines, Malaysia, Singapore, and Indonesia – import about four million tons, or a third of the ASEAN surplus. ASEAN exported some six million tons to Africa. China is a net importer of about 2.8 million tons in 2017.

The Philippines, as part of the ASEAN rice stock facility, is safe from future supply volatility, allaying fears from the pessimists. This facility is covered by the ASEAN Plus Three Emergency Rice Reserve (APTERR) Agreement.

Pattern of Vietnam rice export, January-April 2018 (‘000 tons).
Note: figures may not add up due to rounding off
Source: USDA

What does the shifts to higher grades and fancy varieties mean?

First, the rice exporters are upgrading their mills to produce high-priced grades.

Third, the Philippines cannot continue to pursue importing low grade rice. Supply is getting scarce. Insisting on lower grades means that Thai or Vietnamese suppliers will mix higher grades with broken rice entailing added costs. And the price differentials with higher grades do not appear significant. Filipino consumers are willing to pay a little more (less than P1 per kilo) for better quality rice.

Fourth, the Philippines can be a niche exporter of high priced heirloom rice like the Cordillera red rice, Mindanao black rice, and SL premium rice.

Finally, the fear of massive price surges in the world market due to “thin” surplus is unfounded. The ASEAN has huge surplus to address Philippine supply shortages.