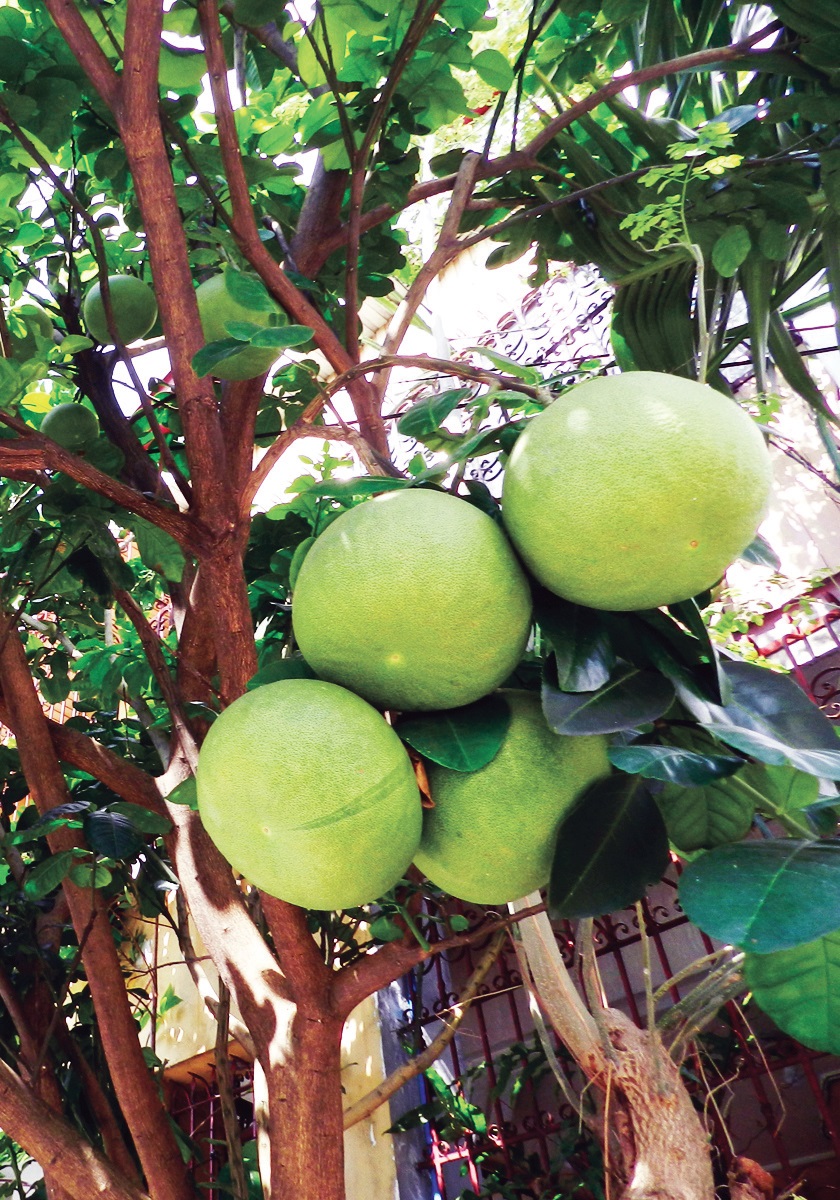 One way to sustain production in pomelos is to prune unwanted branches. Pruning is best done right after harvesting the on-season fruits. What has to be done? Pruning the terminals of branches will encourage more branching. That will result in more fruiting stems.

Dead twigs and diseased branches should be cut off. Also, watersprouts growing inside the canopy should be removed. Top pruning may also be necessary. This is removing the top portion of the tree. This will partly open the interior of the tree which is good for ventilation. There will be better penetration of sunlight. With free-flowing air, there is also less humidity which could encourage fungal growth.

Light pruning should be done regularly to remove unwanted water sprouts, dead, and diseased twigs and branches. Also those branches that are bent and touching the ground should be removed.

During fruiting time, if there is excessive fruiting, it is also recommended to remove some of them, especially some of those in clusters.

This appeared as a sidebar in Agriculture Monthly’s February 2019 issue.

Vermicompost worth more than P300,000 monthly from horse, goat manure