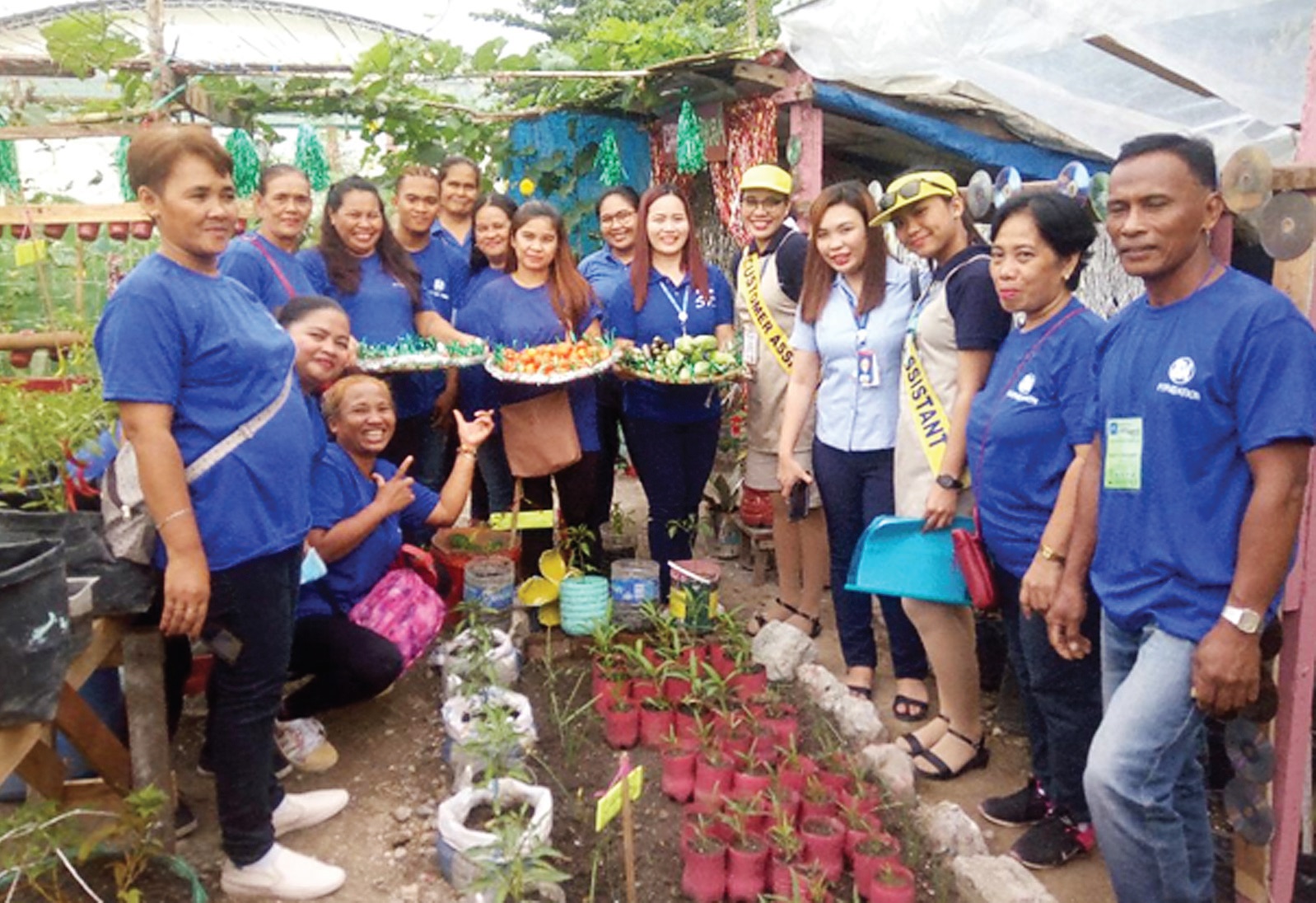 A total of 154 urban farmers—coming from the ranks of housewives, disabled persons, and those under the 4Ps program of the government—graduated from their three months’ high-value crop urban farming course sponsored by the SM Foundation, and partner, Macondray Philippines, in Barangay Bagumbayan, Taguig City. They comprise the 184th batch of Kabalikat sa Kabuhayan (KSK) Farmers’ Training Program graduates.

From the vacant barangay land (filled with rocks and arid sand), the farmers proved that any patch of land can be tilled and made productive, provided they are given the seeds, fertilizers and organic pesticides, the water sources, and materials for makeshift greenhouses, and plastics to cover the transformed lands from severe heat and excessive water.

The trainees grouped themselves into three teams: Team Okra, Team Talong and Team Sili—to distinguish their competitiveness, and the quality of their output. 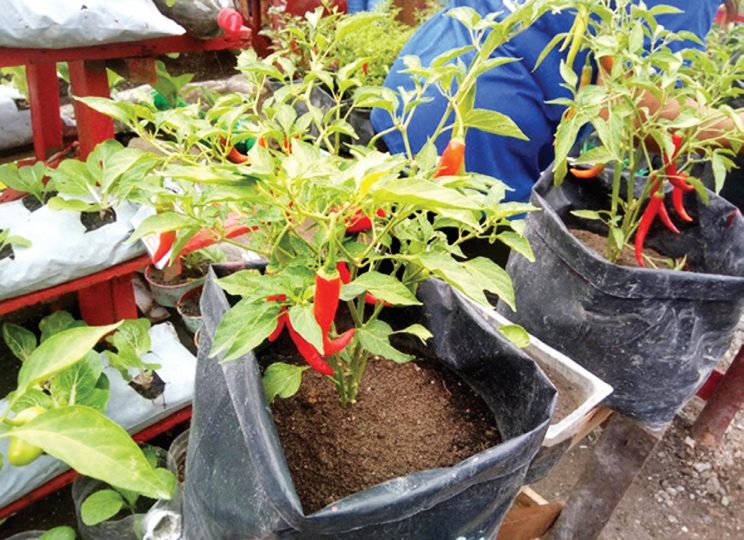 The farmers proved that any patch of land can be tilled and made productive.

But each group planted these common crops (okra, talong and sili) in addition to market favorites like upo, celery, mustasa, cherry tomato, sitao, patola, and even the pricey herbs like mint, tarragon, and basil.

The participants in the KSK program of SM Foundation did not know each other at the start. Most of them were from the same barangay, and the training program brought them together, thereby widening their network of friends. They have learned the values of team work and group planning for better outcomes.

For Analiza Jose, 47, of Marcelo Extension Bagumbayan, she learned how to lead a team of 45 people—whom she never knew—and steering her team (talong) to win almost all awards on harvest time and graduation. “At first I did not know how I could lead such a big group because I never led in my life.”

The groups were each given a land to develop according to their priorities, and she managed to achieve optimum yields from her well-planned crops. She said her most important take-out from the training course, is knowing that nothing is impossible to achieve if one puts his/her mind into her plans. The group was able to plant more than just okra, talong and sili, but even common vegetables for the table. She was also able to develop a taste for veggies for her family.

Irene Padriquez, 42, of Vella CP Sta. Teresa, Bagumbayan, is one of her members in the team. But she is better-off financially than most of the participants, as she and her husband, own a junk shop.

She took up the course because she wanted to learn more skills, and growing her own food was the topmost in her mind. She is so happy that despite the rigorous work, she learned how rewarding it is to produce one’s own food and feed her family with freshly-harvested organic vegetables (which are pricey in the market).

Most importantly, she expanded her circle of friends/clients for her family’s business, and at the same time, found more use for the plastic containers that are aplenty in their junk shop for use in planting.

Zandro Dimaisip, 40, of Pasu St., Bagumbayan, was born with defect on the retina, but he was able to get through a commerce course in college, perhaps, he said, because his teachers sympathized with his condition.

Back in Zamboanga where he was born, he used to assist his father in farming and he misses farming so much, that when he heard about SM Foundation’s KSK program being held in Bagumbayan, he immediately enlisted for the course.

He applied for jobs in so many places, but, he said, companies are not that open to people with disabilities. So, he did errands for the family. He said he wants to earn and save so he can go back to Zamboanga to farm again.

He said he is excited to apply whatever he learned from the KSK course when he returns to Zamboanga and he would eagerly teach his fellow farmers on new farming technologies that do not use chemicals.

The harvest festival was not just picking the veggies they grew, but it provided the participants with so much fun, games, and party food that they cooked on-the-spot for the contest, staged by the SM Group of Companies. The group came in full force—SM Taguig, Savemore, supermarket and SM Premiere Aura. Each group prepared entertainment numbers that involved even their children.

With many of them in their near or in their senior years, not all team members could participate in the games arranged by the group. But they were laughing hard at the contestants in the games and they cheered for their teams.

From the barangay captain to the kagawads and a former commissioner of the National Labor Relations Commission, the message to the participants was: “This must just be the start of your journey towards providing food sufficiency for your family.”

Spread the word and teach your neighbors, friends, and relatives on the value of planting their own food and making organic vegetables a part of your daily meal plan.

And for the program to be sustained, the newfound skills must be propagated, so that Taguig will become a virtual food basket for the metropolis, and eventually be the major source of organic vegetables, as well as organic fertilizers and pesticides.

Macondray taught the participants how to make organic fertilizers from table scraps and garden/market wastes, how to recycle plastic bottles to be used as planting material for hanging or put on the ground, and how to make pesticides out of a particular detergent soap/liquid dishwashing agent, garlic solution for use in all kinds of pests, including flies, ants, and mosquitos.

Hats off to this Filipino who turns Upo into traditional hats

Agroforestry advocated by farmers for income and environmental benefits