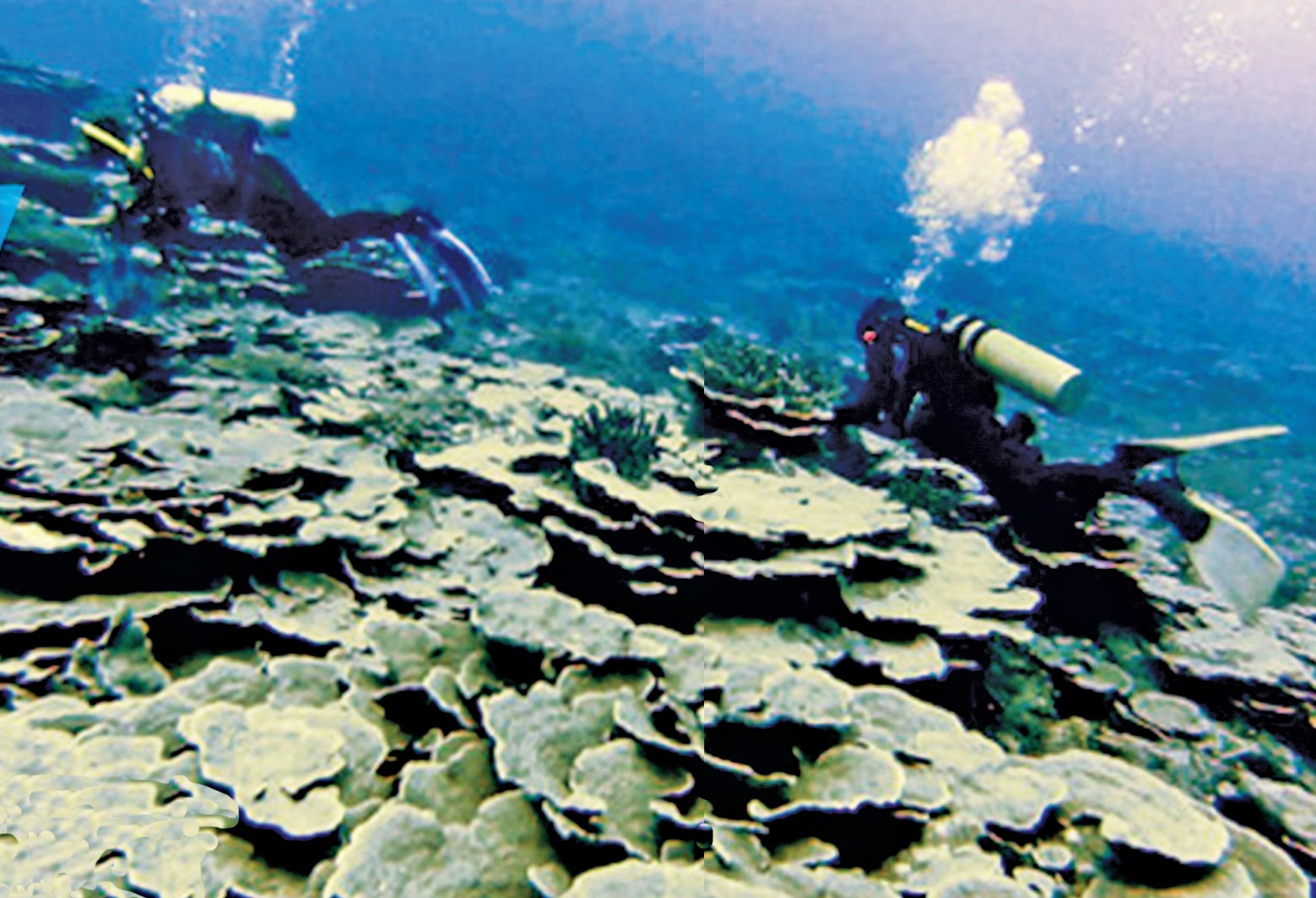 Dr. Wilfredo Roehl Y. Licuanan, in his talk entitled “Current Status of PH Coral Reefs and Prospects for the Near Future”, recommended to “fix the reef first before transplant.”

He spoke in the recent forum on National Coral R&D Program, which highlighted the current status of the Philippine coral reefs, the importance of research for the conservation of corals, the exploration of our scientists and researchers of the Philippine Rise and its overall impact to the economy of the Philippines. Organized by the Department of Science and Technology-Philippine Council for Agriculture, Aquatic and Natural Resources Research and Development (DOST-PCAARRD), particularly the Marine Resources Research Division headed by Dr. Mari-Ann M. Acedera, the forum was part of the National Science and Technology Week celebration.

“Reefs do not form overnight. They take thousands of years to develop,” he said, adding that the coral reef crisis cannot be resolved by coral gardening as it is expensive and is not practical.

Coral gardening is the cultivation of corals for commercial purposes or coral reef restoration.

According to him, the method is also risky as instead of actually repairing the damaged coral reef, it might harm the reef even more.

Another sad reality is that, he said, 80% of the coral mortality is actually caused by various human activities and not natural calamities.

Take for example the case of the minesweeper ship USS Guardian that on January 17, 2013 ran aground on the south atoll of the Tubbataha Reefs, a delicate ecosystem in the Sulu Sea, treasured for its rich marine biodiversity.

The grounding damaged 2,345 square meters of coral on the reefs, considered a World Heritage Site by the United Nations Educational, Scientific and Cultural Organization (UNESCO).

“The better thing to do is to take care of the remaining reefs,” he said.

Dr. Patrick C. Cabaitan, also a speaker, discussed the topic “Sexual Production of Corals and Why Sex is not Enough?”.
He said that studying coral reefs is essential to the economy of the Philippines as they also provide for the ecotourism of the country. He emphasized that scientific intervention is an important tool in coral production.

“Corals reproduce through asexual and sexual means but sex is not enough for the corals,” he said.

He suggested that researchers or anyone interested in studying corals pursue basic science to understand reefs; consider other ecological processes in conducting reef restoration efforts, and integrate restoration with management efforts.

Meanwhile, Dr. Cesar L. Villanoy, in his talk entitled “Updates on the Oceanography of the Benham Rise”, discussed his past researches and the importance of understanding the movement of the waters around Philippines.

His researches addressed pressing concerns of the country particularly in fisheries, harmful algal blooms, storm surges and other complex dynamics of archipelagic oceanography.

He said that it’s vital to understand the movement of the waters and its temperature to be able to formulate policies with regards to management of the country’s marine resources.

He also reminds everyone to always consider the processes that determine our physical environment in order to explain the ecology of organisms and the observed trends.

Dr. Hildie Maria E. Nacorda, in her talk entitled “On the Benham Bank Biodiversity: Taking Learning to the Next Step”, discussed the expeditions the Philippines has done to determine the economic potential of Benham Rise, now called the Philippine Rise.

Though the two expeditions done in 2014 and 2016 have discovered the existence of marine species in the Philippine Rise, Dr. Nacorda said that further studies are needed to fully understand the potential of the rise.

Initial findings of the nationwide assessment of Philippine coral reefs

In relation to this call to the public of the marine experts to help in the preservation of the remaining coral reefs, DOST and Department of Environment and Natural Resources are working on a coral reef assessment throughout the country to create a National Coral Reef Status.

This is because despite of the Philippine archipelago being well known for its species-rich coral reefs, there is a lack of updated information on the present status of its coral reefs.

The initial findings of the Nationwide Assessment of Philippine Coral Reefs by Licuanan, et. al. were published in the Philippine Journal of Science last June 2017.

Reefs sampled were randomly selected from around the country, with the number of assessment stations for each of six biogeographic regions stratified by the total area of reefs in each of these regions. For two years, 166 reefs have been sampled.

Based on live coral cover, more than 90 percent of the sampled reefs are in the poor and fair categories.

So far, the mean hard coral cover of the country at 22 percent is comparable with that of the Indo-Pacific region, but much lower than previous estimates for the Philippines.

These values indicate a marked decline in the condition of local reefs over the last four decades, thereby revealing the urgent need for the revision and update of conservation and management policies.

Agroforestry advocated by farmers for income and environmental benefits

Plants are negatively affected by bullying, too