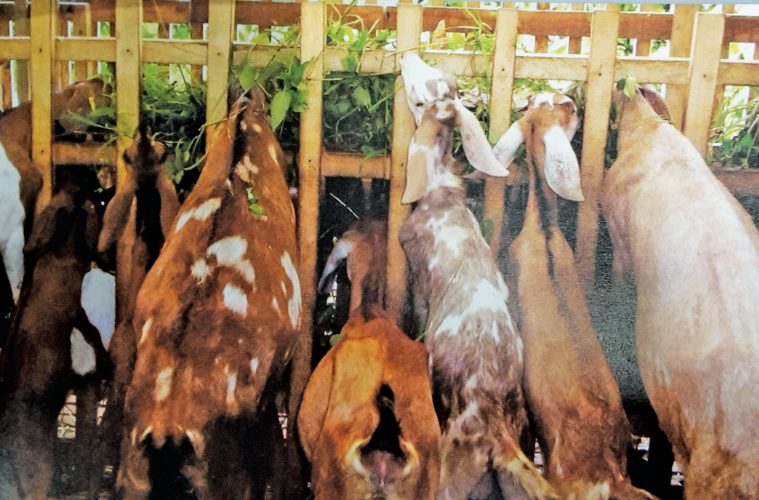 By Carlito B. Sanchez

Goats are known to be seasonal breeders. They come to heat only during cool months when the day length is short. In the Philippines, this is usually between September and February. For goats to give kids year-round, they need to be in heat even during summer. Out-of-season breeding is of interest to both dairy and slaughter goat owners because it reduces seasonal fluctuation in the herd’s milk and meat production.

Such methods also sit well with the Halal system of goat production under which use of chemical hormones is not acceptable or is considered “haram”. Green solutions ensure sustainability of production to cater to the needs of Muslim Filipinos, especially during festivities like Eid’l Fitr and Eid’l Adha.

Currently, the potential of three “green” methods in estrus synchronization or heat induction in goat – photoperiodism or light effect, and dormitory effect – has been confirmed in a recent study by researchers at the University of Southern Mindanao in Kabacan, North Cotabato. 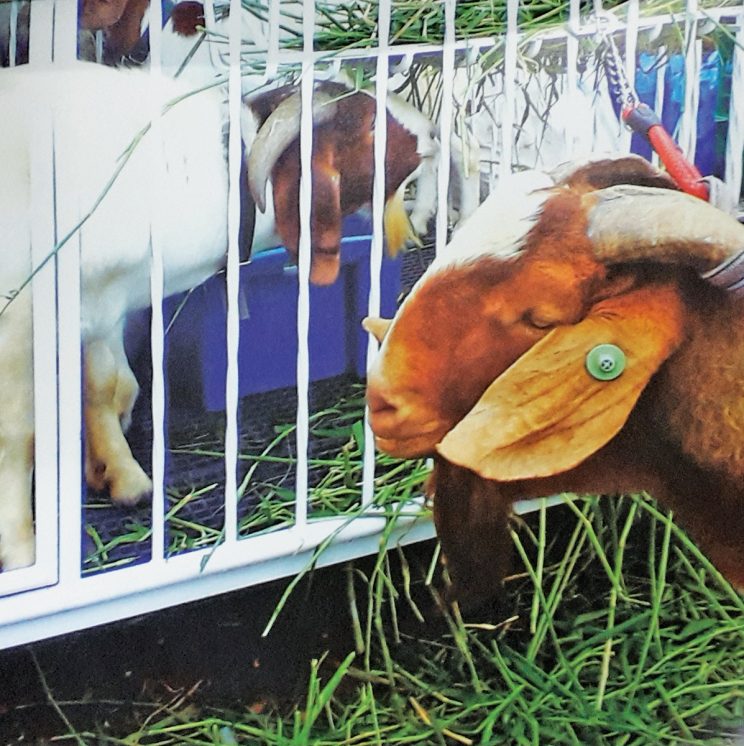 The goats are kept under natural photoperiod, and their nutritional levels are adjusted to meet maintenance requirements. At night, the goats are confined. The goats are allowed to graze during the day if the climatic condition is favorable. Goats are given free access to water and mineral blocks.

Identification of the animals is done by placing ear tags or neck tags. Herding of goats is done everyday at around 10 a.m. At 6 p.m., they are brought back to their pens. Strategic deworming is followed with the first dose given a month before the onset of the rainy season and succeeding dose is given as the fecal egg count exceeds 1,000 eggs per gram in mixed infection. Ivermectin injection is also given to the animals to control external parasitism.

The estrus activity in goats is observed three times a day at 5 a.m., 12 p.m., and 6 p.m., with one hour observation for each period. Doelings that exhibit a tail-flagging response and stand for mounting are considered to be in estrus.

The light effect method consists of controlling exposure to daylight mimic short-day periods. Does are confined in pens where they encounter shorter period of exposure to light.

As most goat breeds are photosensitive with respect to reproduction, the likelihood of their breeding is strongly influenced by how long or how short the days are. Goats are known to be short-day breeders, which is usually seasonally polyestrous. This means that the doe shows evidence of desire to breed when day length grows shorter. A long day photoperiod consists of 16 to 18 hours of light exposure. In contrast, short day photoperiod is characterized by eight hours of light followed by 16 hours of darkness.

The goats are housed in a building with adequate ventilation and regular cleaning to maintain good health. In order to achieve the effect of light, the pens are covered with plastic curtains from 4 a.m. to 8 a.m. This gives a total darkness of 14 and 10 hours. In this method, the duration of estrus from onset of behavioral estrus to standing estrus among goats ranges from 12 to 14.6 hours, and the duration of behavioral estrus from standing estrus to the end of estrus ranges from 14.5 to 19.83 hours. Over all, the total estrus period ranges from 27 to 34 hours. The number of days to breeding is from 10.25 to 21.5 days, and the conception rate is from 66.67% to 100%.

The buck effect method requires a minimal amount of labor and cost. The initiation of behavioral estrus in the doe is triggered by olfactory, behavioral, and visual stimuli which result in ovulation of does. Hence, activities around the doe perceived by her brain can trigger excitement in the does affecting estrus. These include exuberant vocal expressions of the buck and the odor emitted by the buck through its musk glands located behind the horn area that secretes strong odors.

The bucks are isolated for three weeks before they are allowed to join the doe. In this method, the buck is allowed to join the herd of female goats for a period of 12 hours daily. This method shows the duration of estrus from onset of behavioral estrus to standing estrus from six to 12.4 hours. The duration of behavioral estrus from standing estrus to the end of estrus is from 11.5 to 13.88 hours. Overall, the estrus period ranges from 17.5 to 26.38 hours. The number of days to breeding is from 5.66 to 16.67 days, while the conception rate is from 83.33% to 100%.

In the dormitory effect method, social interactions play an important role in estrus induction among goats. When does start cycling, the anestrous group will start to cycle, too. Rest may respond within 14.5 to 33.5 days and the conception rate is from 50% to 100%. The minimum number of keeping goats that can induce estrus is two heads of does.