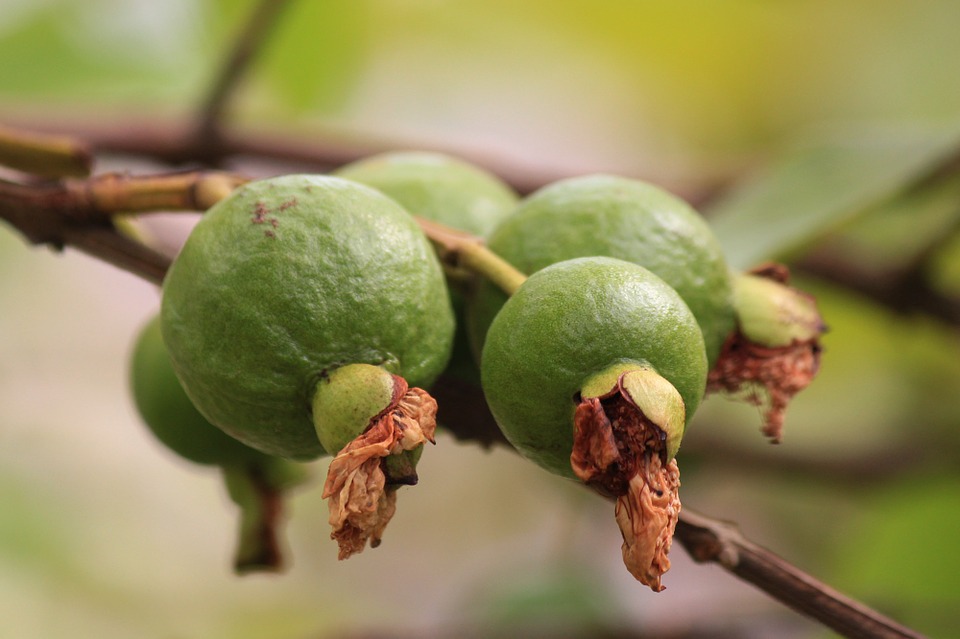 A husband and his wife who are government employees have a profitable sideline growing guava on 2.7 hectares in. Brgy. Lanag, Sta. Barbara, Iloilo. Currently, they are harvesting 200 kilos a day worth P12,000 from 3,000 trees that they planted on 2.7 hectares that they are renting for less than P20,000 a year.

The couple are Alfonso L. Denila and his wife, Alma, nee Villanueva, who are both employees of the Land Registration Administration in Iloilo.  Alfonso is record officer while Alma is assistant examiner. They have been growing the pear-shaped guapple for many years now.

The peak harvest season is from the second week of September up to the first week of December, according to Alfonso. It is during this period that they harvest at least 200 kilos of crisp guava fruits every day that are all sold right in Iloilo at P60 per kilo. During the peak period, one four-year-old guava can produce about 100 fruits worth about P2,000.

For easy orchard management, the trees are pruned to maintain a low height of six to seven feet for easy wrapping and harvesting. When the fruits are chicken egg-sized, they are wrapped with newspaper, which is then bagged with transparent plastic. This prevents fruit fly damage and fruit scalding. Two months after wrapping, the fruits are ready for harvest.

Through their many years of guava production (starting in 1992), Alfonso has already put up a system so that even if he and his wife are not in the farm, the workers know what to do. They have eight workers, six of them women. What they do is to keep the plantation weed-free to minimize infestation by aphids, white flies, and other pests. They take care of pruning, wrapping the fruits, and spraying against pests and diseases with green label crop protection chemicals. Of course, they also do the daily harvesting.

During the off-season months, fewer fruits are harvested. Harvesting may be once or twice a week. Just the same, the workers are kept busy maintaining the orchard. They fertilize the trees usually with nitrogenous fertilizers during the younger growth stage of the plants. When the trees are fruiting, complete fertilizer is added.

The Denila Farm was actually started by Alfonso’s parents in 1992 by renting the 2.7 hectares from a fellow who was residing in the United States. They planted guava and grapes in a smaller portion of the farm. Alfonso said that it was the income from the guava farm that paid for his college education, finishing an agriculture course at the Central Philippine University in Iloilo.

When his parents migrated to the US in 2001, Alfonso and his wife continued growing guava and grapes. Although grapes are not as profitable as guava, the grapes attract visitors to the farm because they are curious to see what grapes look like in the farm.  Visitors who go to the farm pay an entrance fee of P50 per adult, and P10 per child. Up to now, families bring their children to the farm to enjoy eating fresh guavas and looking at the fruiting trees.

Usually the trees are phased out when they are seven years old. A year or two before that, seedlings are planted near the old trees that will take over after the phase out.

Alfonso does not know of any commercial guava producers in Iloilo. Competition comes from the fruits imported from Davao and Bacolod. However, he says that buyers prefer to buy the fruits grown at Denila Farm because they are fresher and tastier.

Overall, farming has been a rewarding sideline for Alfonso Denila and his wife Alma, who are both full time government employees. Their case is one good proof that even if you don’t own the land, you can undertake profitable farming on rented land.