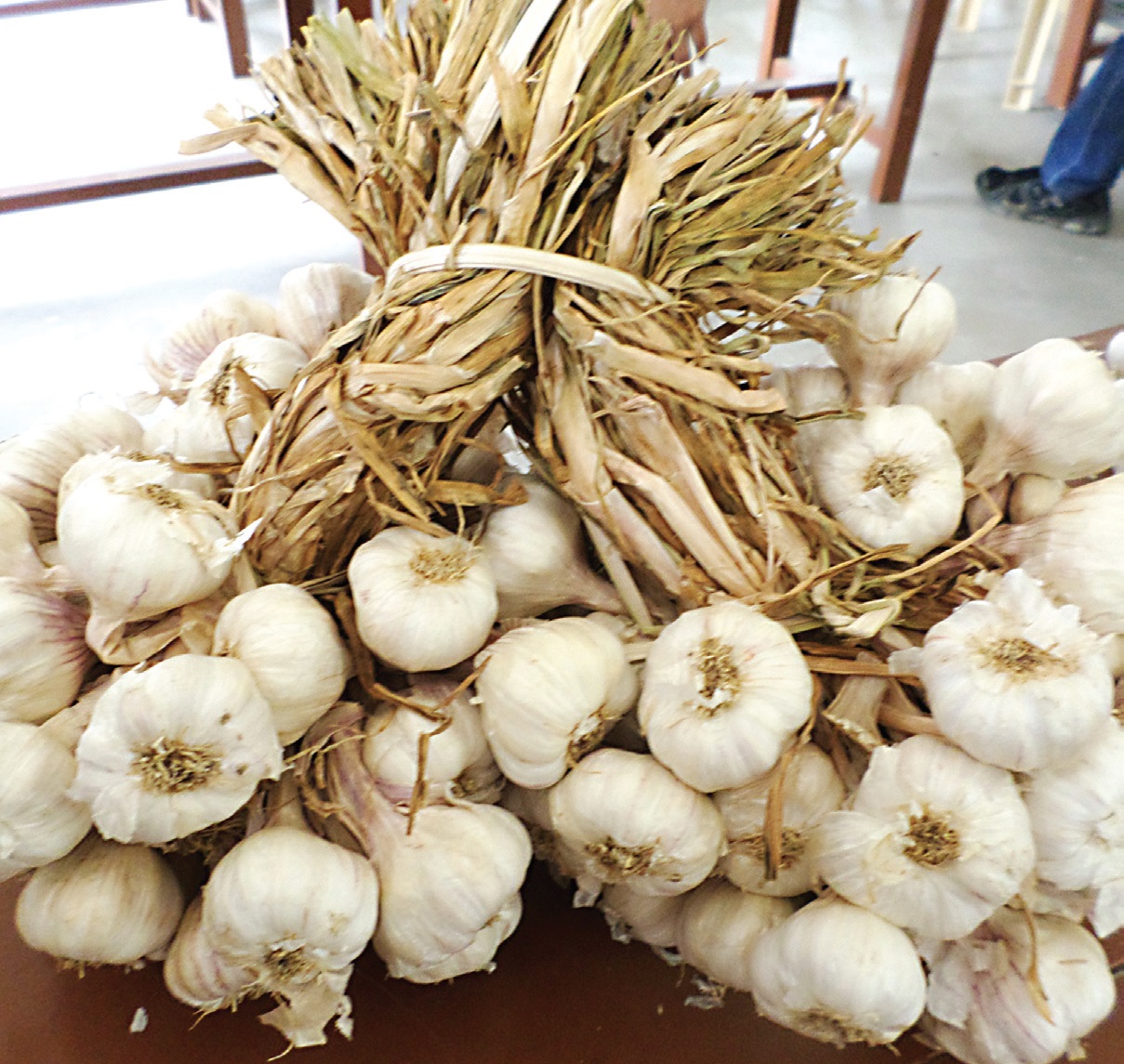 Reynaldo de Lara, one of thousand garlic farmers in Lubang Island in Occidental Mindoro, plants his four hectare farmland on the plains of Barangay Tagbac, one of the 16 barangays of this renowned dive resort town that lies on the northwest of the island town, 150 kilometers southwest of Manila.

During the last harvest, Lido, as his friends call him, his farmland yielded one metric ton of garlic worth P100,000. After taking out the P30,000 production cost, Lido earned a hefty P70,000.

Aside from garlic, he also plants peanuts beside his emerald green field of garlic, another lucrative crop of local farmers, which earned him another P10,000, plus the sale of one of his 13 head of cattle for P40,000. His earnings this year alone is more than enough for Lido to buy garlic and peanut seeds for the next planting season. On the wet season, he plants rice. He fattens his cattle by feeding them with dried stems of harvested peanut plants, which is oily and bitter, making the cow drink a lot of water that makes them healthy.

Lido, like most of other garlic farmers in Lubang, was able to send his son and daughter to good schools on the mainland. His son is now a seaman, while his daughter is an accountant working in an office in the city.

Garlic is likened by the islanders as an “edible gold mine” that made many farmers prosperous enough to build good houses and buy appliances. This could be gleaned by grey satellite dishes of cable TV jutting out from rooftops of houses.

Due to Lubang’s agro-climatic suitability, Lubang has the best condition for producing garlic. Garlic production on the island began in 1971. The pioneer garlic farmer who planted garlic on the island was Andres Masangkay of Barangay Tagbac; he planted an area of 1,200 square meters with Batanes White variety. At present, eleven barangays out of 16, produces garlic. Garlic planting season starts during the waning of the southwest monsoon (habagat) from October 1 up to December 15 toward the cold northeastern monsoon season or amihan.

Soil requirement must be clay loam to silt loam, well-drained and medium texture soil, and it must be fertile and rich in organic matter. Planting procedure of garlic starts with irrigating and harrowing of the field before planting, the field is plot with one meter each, and at a planting distance of 20 cm by 20 cm.

“Dry soil conditions, especially during bulb formation, will result in yield reduction,” continues Toverada. “Garlic requires 25 cm of water every 10-15 days. It can be harvested when 80 per cent of its leaves turns yellow and begin to wilt and fall down. It takes 100 days for garlic to mature from planting.”

Harvested bulbs are sun dried for 14 days. Proper drying is essential to minimize disease during storage and to produce good skin color, then continue curing under the shade. Store these in a well-ventilated area.

At present, 127.13 hectares in Lubang are planted to garlic. Another 100 hectares are expected to be added next year. Target this year is a yield of four metric tons per hectare. Aside from Lubang, other garlic producing towns in Occidental Mindoro are Paluan, Sablayan, San Jose, Magsaysay, and Mansalay.

Peanuts, the second major crop of Lubang farmers, are planted in 265.75 hectares, which yields 3.1 metric tons of peanuts per hectare or 671.925 metric tons annually.

“The Department of Agriculture helps us in market matching, but Divisoria in Manila remains our main market,” explains Lubang Mayor Roberto M. Sanchez. “Garlic consumers in Manila and elsewhere claims that they prefer our garlic over other varieties because of its strong aroma and taste.

“Lubang has a sister town tie-up with the town of Ebhausen in Germany which promised to provide us with solar-powered pumps to irrigate our garlic farms,” says Mayor Sanchez.

“We intend to develop farm tourism aside from promoting our beautiful natural destinations; through garlic farming, [our] farmers were able to send their children to school who are now professionals working overseas,” continues the town chief executive. “During the heyday of garlic when they were sold at R300 per kilo, farmers took the plane to bring their precious produce to Manila.”

With Lubang garlic still the preferred variety of cooks and housewives over other varieties, Lubang progress is now measured in terms of the trademark strong aroma of its “edible gold mine.” With more land being readied to be planted with garlic, there’s no way but up for Lubang that is fondly described as “so near yet so far.” With new ferries scheduled to be launched soon, Lubang would soon be near for everyone.