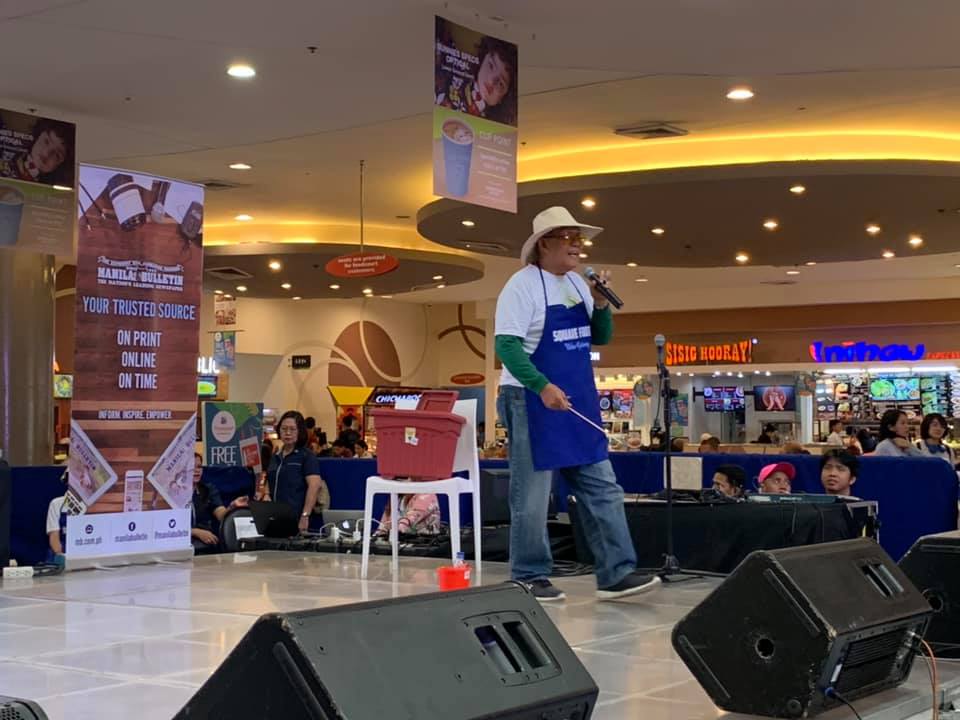 Agriculture magazine, in cooperation with the Agricultural Training Institute, presented AgriTalk Cavite 2019, the last for the year.

Held in SM Dasmariñas in Cavite, the event attracted over 800 guests, all eager to learn about starting a business in the agriculture industry.

There’s money in more than honey

Dr. PJ de Castro discussed basic beekeeping. Dr. De Castro is a beekeeper and consultant for native honeybees. He is the auditor of the Beekeepers Network of the Philippines, and is also vice president of the organization’s Luzon chapter.

He explained that honey is actually the least valuable product one can get from bees, and that beekeepers can make a lot of money if they concentrated on other products such as propolis and bee pollen, which have medicinal properties, and honey cider and mead, or honey wine, which are just fun. He also discussed the benefits of cultivating local stingless bees called lukot (Trigona species), adding that recent research has shown that honey from local stingless bees have higher antimicrobial properties than Manuka honey, the most expensive honey in the world.

Bee colonies can be rented out at P1,500 per colony as pollinators, offering a 30-50% yield increase in pollinated crops such as mangoes, coffee, and coconut, as well as enriching the local flora.

The Philippines currently produces only 20% of the entire country’s honey needs. That means that there is a big market for beekeeping that is waiting to be tapped. Beekeeping can be economical, especially if they’re the stingless kind. Beekeepers are also prized overseas, and can get good salaries.

All you can eat in a few square feet

Honorio Cervantes gave an introduction to square foot gardening. Cervantes is a former policeman who became a farmer after retirement. Cervantes relied on the principles of Mel Bartholomew’s book The Square Foot Garden as well as online resources to teach himself the basics of square foot gardening. His 200 sq.m. planting area where he grows kamote, pechay, kangkong, and ampalaya in the middle of Cagayan de Oro City is a source of inspiration for urban farmers.

Square foot gardening relies on the principle of less space, less water, and less effort. That said, a square foot garden will need more maintenance to achieve maximum yield. Its name comes from the smallest amount of space needed to plant using this method: a 4 feet by 4 feet box. The boxes are important to serve as barriers against dogs, chickens, and nosy neighbors, as well as to keep the garden organized.

Plant spacing is important; one can plant more small crops compared to big crops in a square foot. This kind of gardening uses only six inches of specially prepared soil but needs to be in an area that gets six to eight hours of sunlight daily. Seeds are planted at intervals with the help of a template, the vegetables growing lush and close together.

Cervantes has been able to make P16,000 from kangkong grown in 19 days. He has now
expanded to growing dragon fruit and coffee in Camiguin, and plans to go into beekeeping. He believes that if one plants one’s own food, one need never go hungry.

Marilyn Gonzales talked about mushroom production. Gonzales is an agriculturist with the Regional Soils Laboratory of the Southern Tagalog Integrated Agricultural Research Center.

Temperature is important, as well as ventilation. Contrary to popular belief, mushrooms need a bit of indirect light, not total darkness, to grow. They can be grown outdoors or in a mushroom house.

There’s a big demand for mushrooms of all kinds in the Philippines, with the local supply not enough to meet the national demand.

Emma Tolentino spoke about mushroom production. Emma left the corporate world to set up Eco Natural Integrated Farm in Victoria, Tarlac where she grows vegetables, rice, fruits, chicken, and of course, mushrooms. “Mushrooms are one of the most nutritious foods,” she says. It’s healthy a staple in plant-based diets, and can aid in weight loss.

She enumerated different products one can make from mushrooms to sell at a higher price, which includes bottled ready-to-eat mushroom, mushroom chips, mushroom vinegar, and vegeong—vegan bagoong made from mushrooms.

She also demonstrated how to make chicharon from white oyster mushrooms. The breading may differ according to recipe, but the secret, she says, to crispy mushroom chips is to fry them in very hot oil. The bits leftover from frying can be turned into crispy mushroom sisig by frying it with onions, chilies, mayonnaise, and calamansi. “There’s no waste,” Tolentino says.

Mushrooms can also be processed into breakfast staples like tapa and tocino. For this,
Tolentino suggests using grey oyster mushrooms, which she says has a higher umami factor than the more common white oyster.

Participants lined up to try the finished products, which were eaten in a flash.

In the Q&A, Tolentino cautioned people to check out the market before starting a business to raise one’s chances of success. She followed this up with the reassurance that in the case of mushrooms, there’s a huge market waiting to be filled.

This last leg had the biggest turnout so far, beating the 600 participants in AgriTalk Cagayan de Oro. It shows that despite what people think, farming is still important to Filipinos. There’s a lament that no one wants to farm anymore, but if the number of people wanting to return to the land is any indication, it’s not that farming is undesirable, it’s that not many know how to make it profitable. And that’s what AgriTalk, Agriculture magazine, and this section is about: showing readers how to make a comfortable living out of something they love.