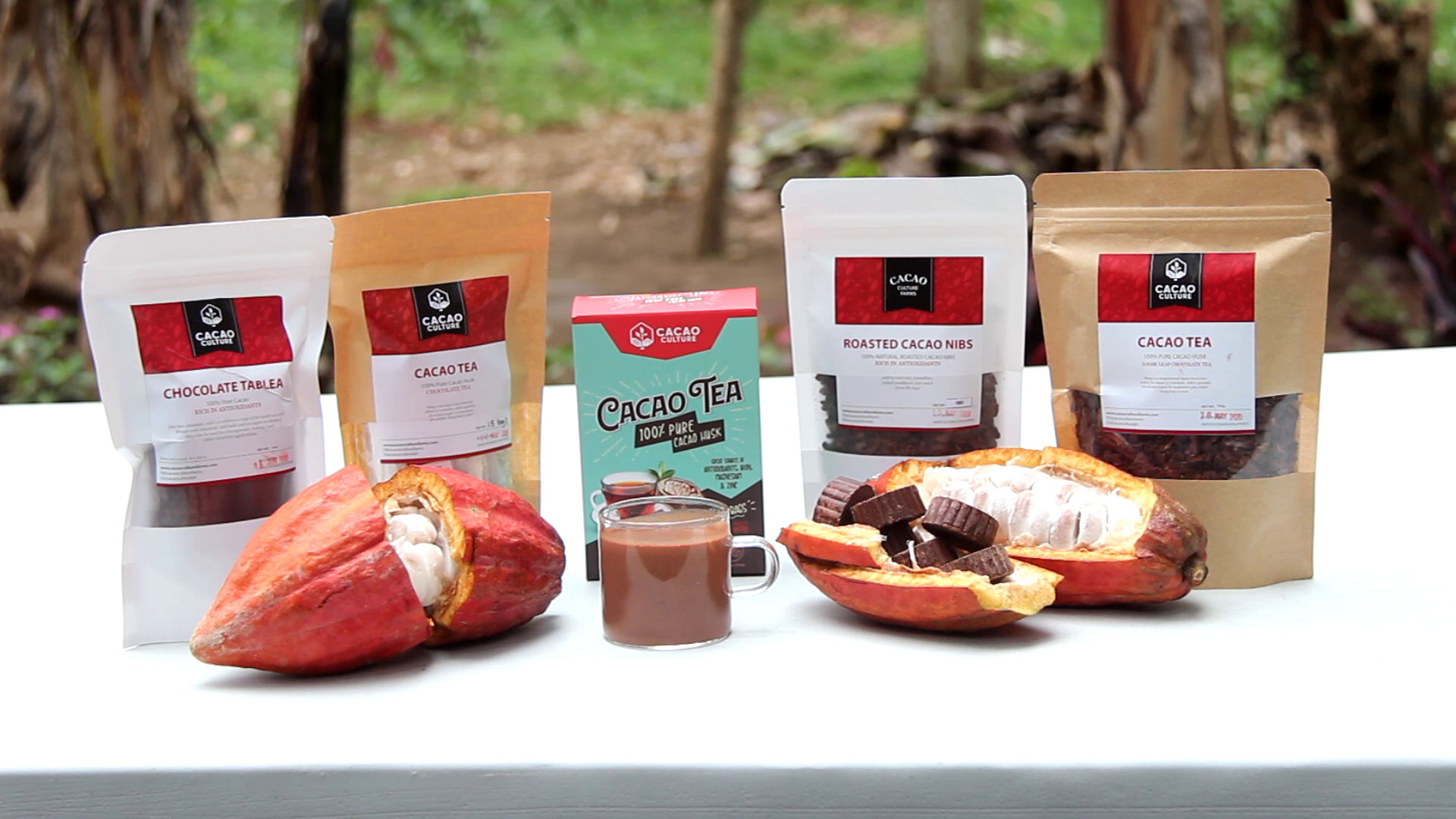 Husband and wife Kenneth and Shirley Reyes-Lao of Cacao Culture Farms left IT (Information Technology) jobs in Manila and moved to Davao to become cocoa farmers. In an area where cacao farms abound, they had to find a way to stand out.

They did this by creating their own cocoa products. They couldn’t rely on producing tablea—it’s a common product, with many provinces producing their own version. Their first product was cacao nibs, which is popular with health buffs as a superfood and with folks looking for a low-sugar alternative to chocolate, which they sold online.

Since they were fermenting their nibs using techniques meant for tablea, they received a lot of feedback regarding the product’s initially bitter taste. Here, their IT background came into play as they immediately searched for ways to improve their nibs. “We were used to the fast iteration of products. Once you release it, you get feedback, then immediately try to make it better. We realized that we should adopt (the IT) mindset doing this also,” Kenneth says. They listened to their customers, adjusted their production techniques, and soon, sales began to soar. 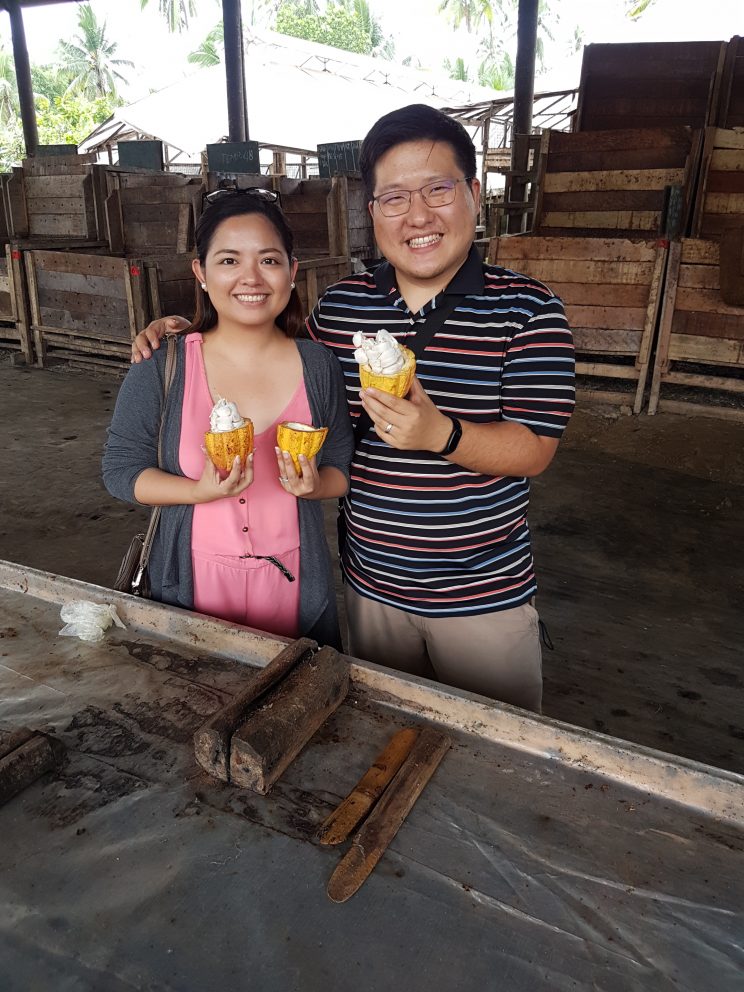 They researched on other products they could develop, and happened upon cocoa tea, which is made from the cocoa bean shell. It is popular overseas as a tisane (herbal infusion) or is added to tea by specialty companies for a cocoa flavor. In the Philippines, the shell is either thrown away or used as fertilizer. “We’re (one of the) few that does that because there’s a proper way of washing the beans so that you get good and clean shells, there’s a process of collecting it properly so that it’s hygienic and food grade, and not everyone does that because it’s usually treated as waste,” Sheila says. “It’s additional income for our company and for our farmers. But we don’t buy from other farms. We’re very particular about the quality of the beans that we buy and turn into tea because we don’t know how they fermented it, dried it, roasted it, and collected the shells. That’s one way we control the quality of the tea that we release.”

Davao is saturated with cacao farms and products, so it was a bit difficult for two Manileños to enter the local market. Again, the couple’s IT background came into play. IT is a cutthroat industry where practitioners have to evolve or get left behind. “When we entered the market, our cacao nibs and our tablea didn’t sell well in Davao so we had to go out,” Sheila says. Using their tech savvy, they launched an online store where a bulk of their sales still come from. Look for opportunities They also used Davao’s proliferation of cocoa producers to their advantage by working toll manufacturers. Toll manufacturers are companies who use their equipment to manufacture products for customers. Through this, they were able to make other products like cocoa butter, which is used in soaps and cosmetics and is the base of white chocolate, and is surprisingly hard to find locally. “We supply artisanal soap makers cocoa butter, and sometimes they also use our cocoa powder and tablea,” Ken says. “That prompted us to develop our own (soap line).” There are currently seven variants, including Cacao &amp; Pink Himalayan Salt Soap and Chocolate, Mint &amp; Vanilla Soap. “Cocoa butter has really good moisturizing properties to skin and we have a lot of people really (use) our soap for sensitive skin,” Sheila adds.

All their products were developed through research and collaboration with experts. “We just researched online how to do it and since it’s not out core competency, we also reached out to (experts) for help,” Sheila says. “That’s one of our strategies… We know we can’t do everything by ourselves.”

Cacao Culture doesn’t plan to stop here. “Our goal is… really just to explore whatever we can do with cacao, other products we can make,” Sheila says. “We want to maximize cacao’s potential. It’s like coconut—nothing goes to waste.”

Read about how Cacao Culture Farms came to be in this month’s issue of Agriculture
magazine.

Tatang had a soft spot for farmers