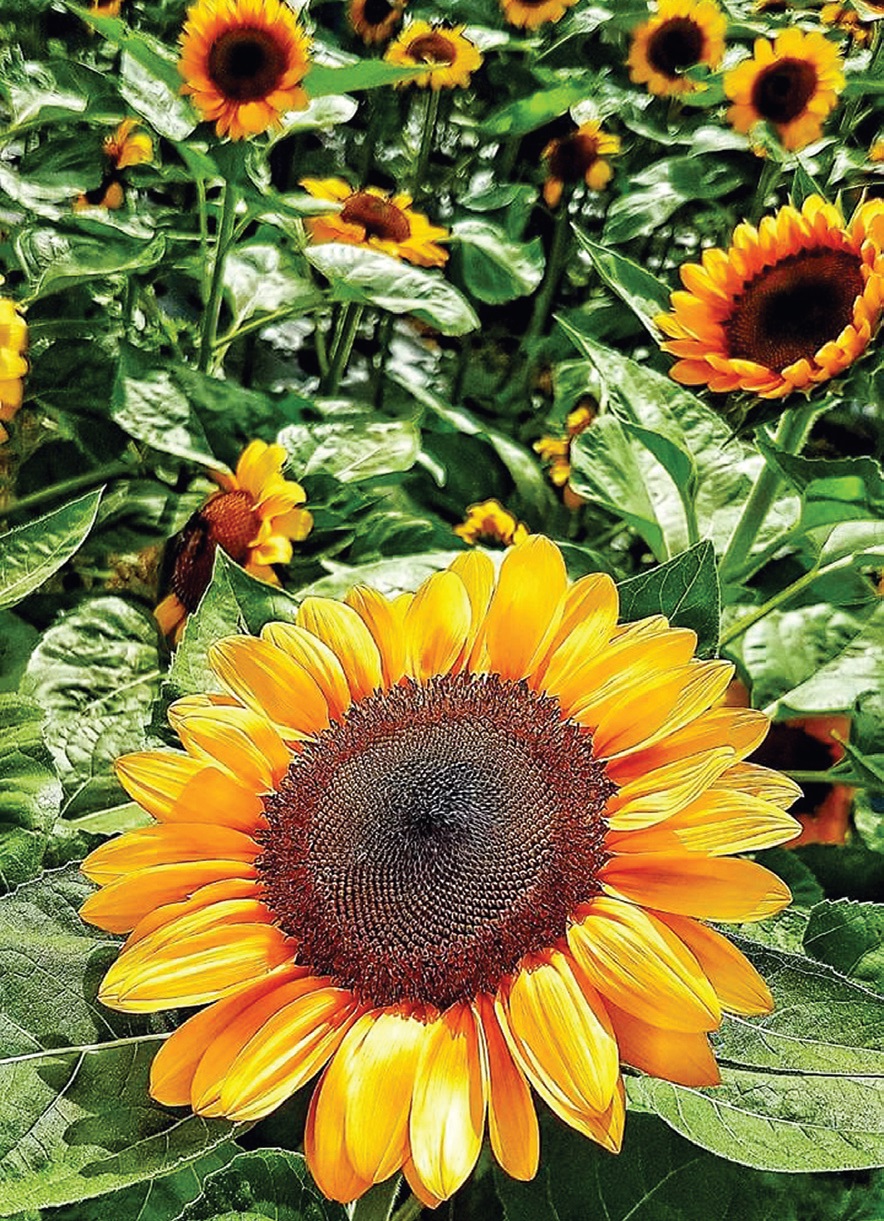 No other flower can lift someone’s spirits quite like the sunflowers. They are bright and cheery, and as warm and inviting as the sweet summer sun. Sunflowers are known for being “happy” flowers, making them the perfect gift to bring joy to someone’s day.

Sunflowers originated in the Americas in 1,000 BC, and were then cultivated as a valuable food source for centuries. With the European exploration of the New World, the flowers’ popularity spread, as the rest of the world began to appreciate its beauty and sustenance.

Sunflowers were introduced to the Philippines by the Spanish during the colonial times and called “mirasol.” They were brought here by Spanish traders who sailed across the Pacific Ocean from Acapulco in Mexico to Manila during the 250-year Manila Galleon Trade to bring goods from Europe, including seeds of sunflower from the New World. American missionaries and teachers during the American colonial period brought with them sunflower seeds to propagate them in the Gran Cordillera, including temperate fruits like peaches, pears, plums, and apples in the sub-tropical climate of the Philippine Highlands.

Today, sunflowers remain a highly recognized flower, admired for its sunny charms and delightful disposition. For a flower that reflects so many of the sun’s positive characteristics, it isn’t surprising that people enjoy basking in the sunflowers’ warming glow so much, like in a small sunflower farm in the bustling coastal town of Gumaca in Southern Quezon.

In a secluded farm ensconced with young coconut trees off the highway in Bamban, six kilometers south of Gumaca, that lies on the crossroads to Bondoc Peninsula and the Bicol Region, is the GumzonFil (acronym for Gumaca, Quezon Filipino) Canaan Farm, a former sprawling rice field and watermelon farm now abloom with bright yellow sunflowers.

In 2015, Allied Botanical Corporation (a vegetable seed breeder, producer, and distributor in Tayug, Pangasinan) invited Delilah Iglesia to attend the open house of its Sunflower Maze planted to 3,000 sunflower plants in a 2,100 square meter portion of its three-hectare demo flower farm.

“I get my watermelon seeds from them and our Bamban Farm was featured in an agriculture magazine in 2015 after we harvested ten metric tons of mellow yellow watermelons weighing an average of six kilos each,” exclaims Delilah. “I was encouraged by Sunflower Maze to go into sunflower farming but I hesitated because I still didn’t know if the soil in my farm is suitable for it.”

Sunflowers have long tap roots that need to stretch out, so the plant prefer well dug, loose, well-draining soil.

In preparing a bed, dig down two feet in depth and about three feet across to ensure the soil isn’t too compact. Make rows about 30 inches apart. Plant the large seeds no more than an inch deep and six inches apart.

“Daily, more than 50 visitors (mostly students) from nearby university town of Lopez and Gumaca come here to make selfies and admire the sunflowers around them,” says Delilah, who plans to have integrated flower and vegetable gardens in her four hectare property this year.

“My plan is to have my farm included in agri-tourism destinations here in Quezon that the Department of Tourism is promoting now,” concludes the successful flower farmer who also have beehives of stingless bees that would gather nectar from her sunflowers.

“Agri-tourism now is the thrust of our government to promote agriculture and help our farmers,” says Webster Letargo, a whiz kid in building successful self-contained communities. “If the average age of farmers now is 57, in 20 years’ time, we’ll no longer have farmers as their descendants wouldn’t see a good future in farming,” adds the charismatic community leader. “That’s why we have to make agriculture profitable for everyone, and agriculture tourism is one way of encouraging farmers to work harder to attract visitors, with the help of social media, to their well-laid out farms.”

Letargo said that included in his projects in Gumaca is an herbal farm where residents can get their herbal medicines for their illnesses, and boost their immune system naturally. The provincial government has an herbal pavilion in the Quezon National Forest Park zigzag road. Letargo, Gumaca’s heir apparent as mayor, plans to emulate this herbal garden to fulfill the provincial government’s dream of making Quezon the herbal capital of CALABARZON Region.

With more sunflowers blooming in Gumaca’s flower farm, and an herbal farm to boot, agriculture tourists would surely visit them soon enough.

The role of youth in the ‘Journey of Food’ 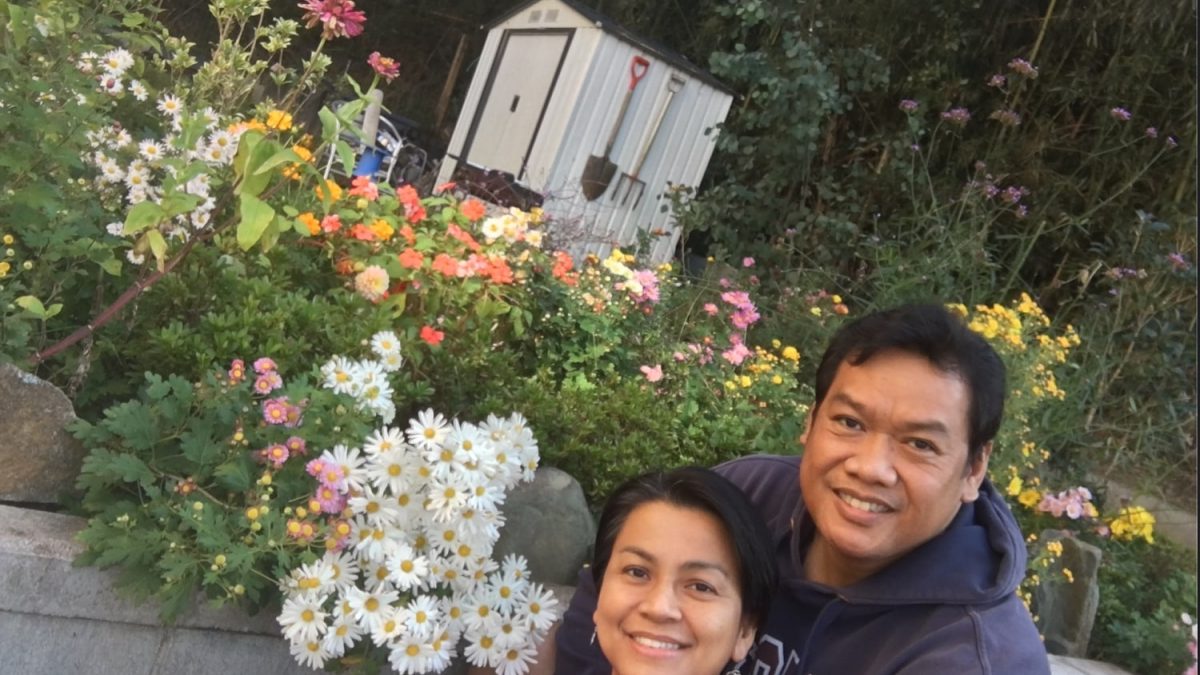 Peperomia obtusifolia: the lucky plant for the Year of the Water Tiger