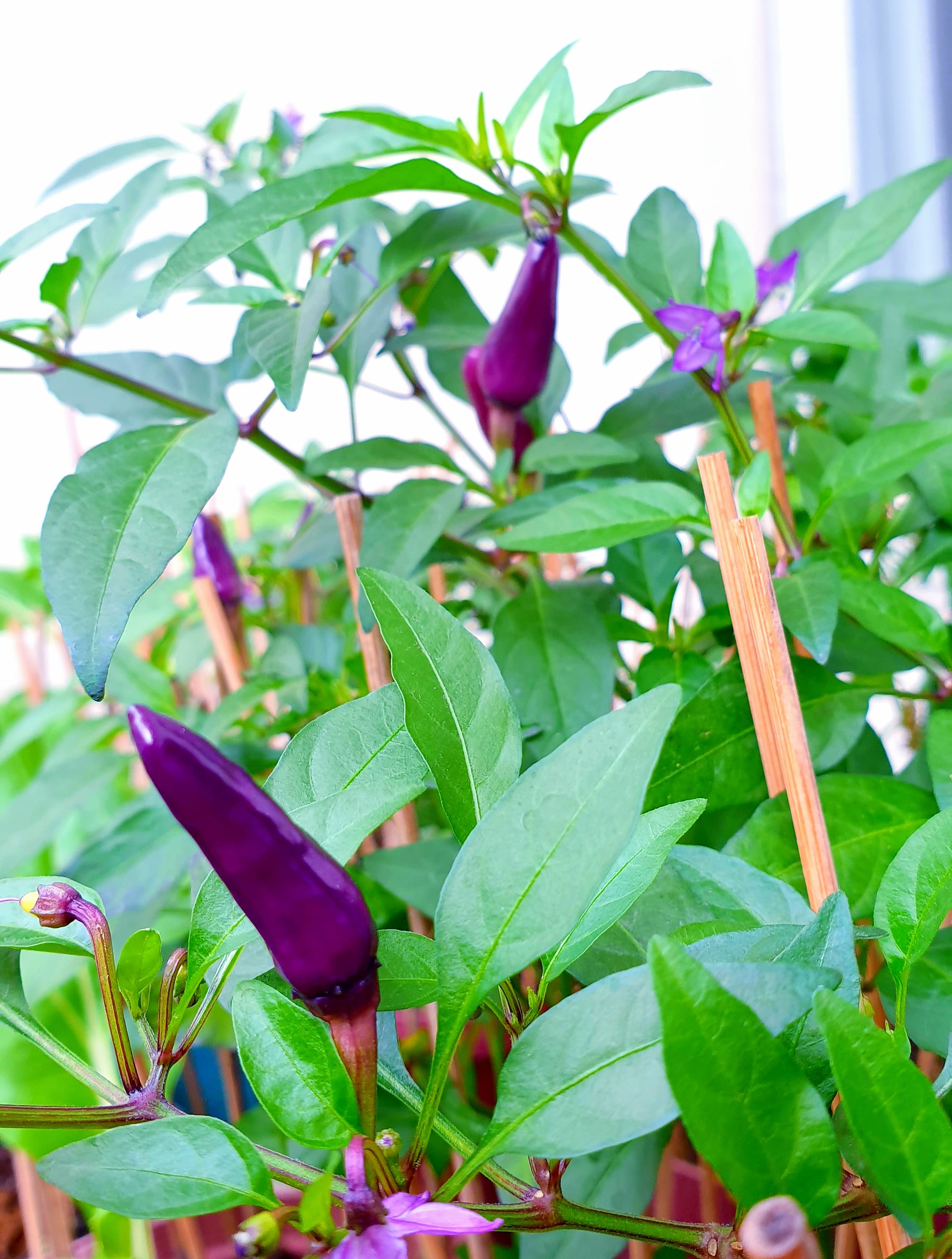 When talking about chili peppers, the first thing that comes to mind is their bright green or red hue. But in the case of Joseph Israel Laban, an urban container garden hobbyist, there’s a striking twist to the usual.

During his visit to a local “talipapa” or market, in Anonas, he chanced upon purple chili peppers.

“[They were] mixed in with regular siling labuyo fruits. I found their color interesting so I bought some,” Laban said. 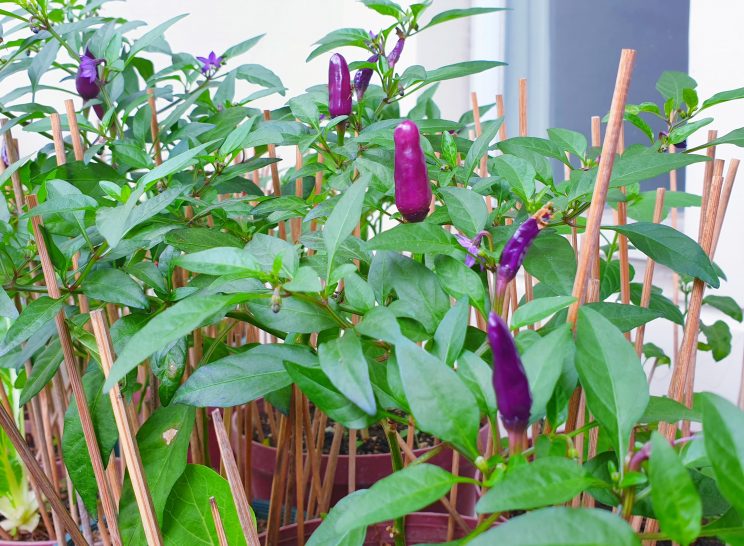 OPPOSITE ENDS OF THE SPECTRUM – From purple, the chilies will turn to the usual red color as they mature.

Purple chili peppers (Capsicum frutescens), despite having a distinct color, are actually of the same species as red peppers, locally known as “siling labuyo.”

The plants of siling labuyo can grow to a height of 0.8 to 1.5 meters. It is characterized by triangular fruits that grow upward and can measure up to 1.5 to 2.5 centimeters long.

Commonly, the fruits of this plant start off as green then gradually changes to red when they’re ready to be harvested. Unknown to many, there are actually a variety of colors during its maturation journey which include yellow, orange, and purple.

Laban, who only encountered the unusual color of chili for the first time, decided to dry its fruits, then harvest its seeds so he can start planting them in his Quezon City home.

For several years now, Laban has been planting various edibles in his garden. He has been most successful in growing leafy vegetables, camote, kangkong, and other kinds of chilis in the past.

Although having only encountered the purple peppers for the first time, Laban grew the variety as he would any other chili plant.

“I planted them in a small pot, watered them once every day, transplanted them to a bigger pot, then they just started flowering and bearing fruit,” the urban container gardening hobbyist said.

He added that  purple chili plants are low maintenance and since the rainy season began, his plants have been flowering and bearing fruit continuously.

The challenge in growing this variety is that its bright color attracts birds who like to feast on the plants.

“Maya birds in our neighborhood like to feast on my plants, probably because of their color. I just used barbeque sticks as barriers to scare them off,” Laban said. 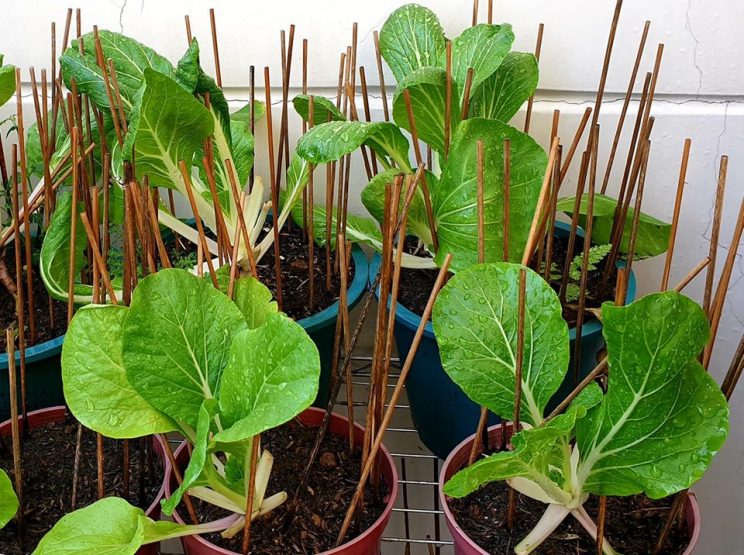 It takes around two to four months before chili plants can produce fruits that are ready for harvesting. Unripe chilies, which are usually green, can also be harvested, but it mostly depends on the consumer’s preference.

Don’t be fooled, however, by the eye-catching color. Laban said that the pungency of purple chili peppers pack the same heat as their red siling labuyo counterparts.

Purple chili peppers aren’t the only vegetables that Laban has managed to grow. He currently grows sweet basil, blue ternatea, mint, papaya, and more on his fourth floor veranda.

Most of the produce from his urban container garden are for Laban’s personal consumption. Any excess, he offers to friends who share his interest in gardening.

When he’s not tending to his container garden, Labans works as a creative consultant for a local broadcasting company.

For those who aspire to venture into urban gardening or even planting uncommon produce, Laban encourages them to be brave enough to try it out.

“Just keep planting and don’t be afraid to try planting. Plants are stronger than you think,” he said.