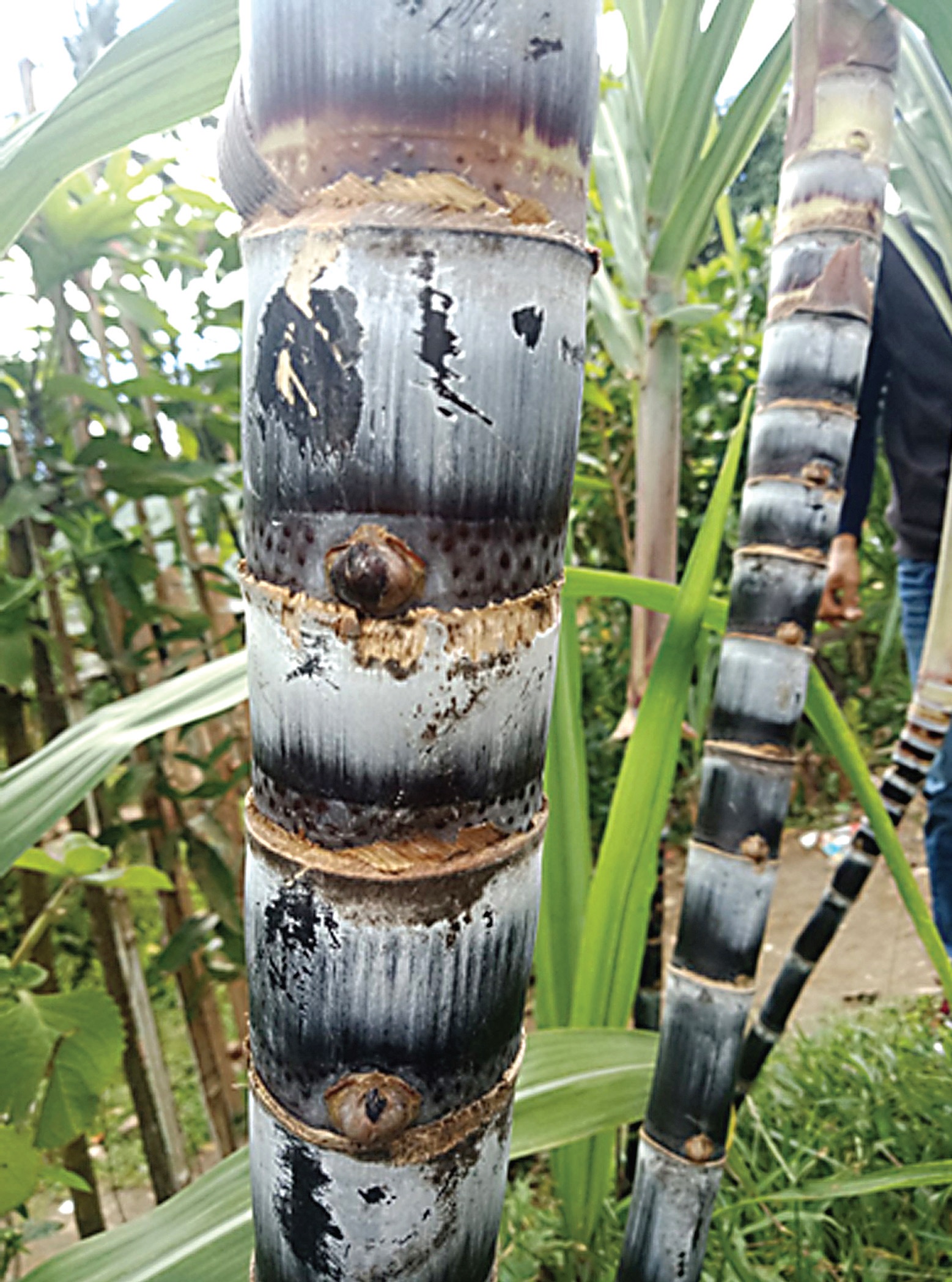 The Sugar Regulatory Administration La Granja Agricultural Research and Extension Center at the Production Technology and Crop Management Section headed by Senior Science Research Specialist Teresita B. Bañas, along with his Junior Agriculturist and Research Assistant, Andy C. Alimpulos and Rinzo D. Valdevieso made an effort to see the situation of the indigenous plant cane.

We suspected this variety as the badilla canes (popularly known for its soft and sweet taste) that were used widely in the areas of La Carlota City and the rest of the province. Yet, we have seen its unique difference among existing high-yielding varieties present in sugarcane production. The plants were medium-purplish to dark-colored canes with distinguishable stripes at each eye bud or node. Physiological characteristics vary, depending on the geographical location and environmental factors such as slopes, moisture stress, sunlight exposure, and varietal difference, and the like. For example, healthy canes were seen when planted near the flowing water or rivers in the area. Others were pale, thin and purplish in the sloping areas where there is water shortage. 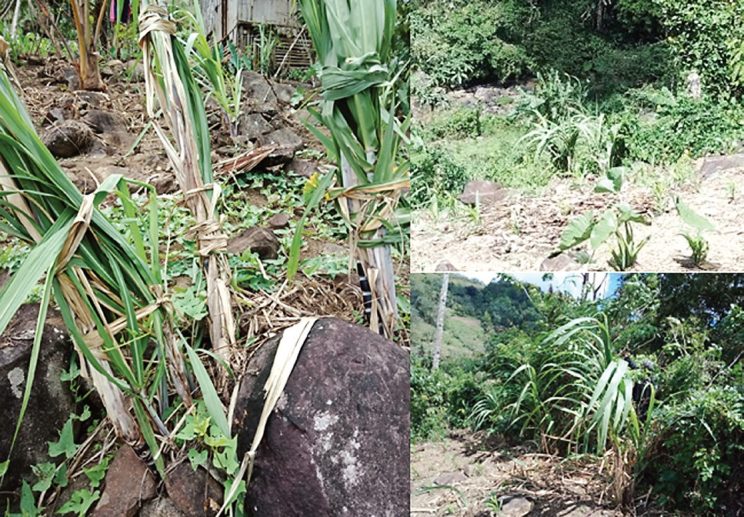 The Malimama is usually planted in backyard for home consumption.

People in the locality have called it “miracle sugarcane” because it metaphorically refers to its healing properties. For centuries, people in the locality claim that it possesses properties that can help heal pneumonia, cough, kidney stone, menstruation problems, hepatitis, and other ailments. One of its medicinal preparations as it was prepared by the locals was the extraction of its juice, grilled (sugba) or directly eaten raw.

In addition, the Malimama also possesses distinct morphological characteristics. Each stalk of the plant cane has healthy eye buds or nodes from the top to bottom. When cut into ideal sizes, each node or eye bud serves as a good planting material, making the whole stalk utilized. It also has a distinct taste, sweet and chewy, different color which makes it unique from the existing varieties.

The collaborative efforts of the SRA and the LGU Ayungon made it possible to see the real-case of the Malimama production. As observed, it is usually planted in their backyards for personal consumption. Often, it is grown in the sloping and rocky areas, near the river beds but not that productive. However, there are other locations that proved to produce better standards.

The Sugar Regulatory Administration at La Granja Agricultural Research and Extension Center is conceptualizing several research and project titles for this heirloom cane. The purpose of which is to promote, strengthen, and diversify the proliferation of the Malimama.

The color purple: Siling labuyo blooms in another bright color