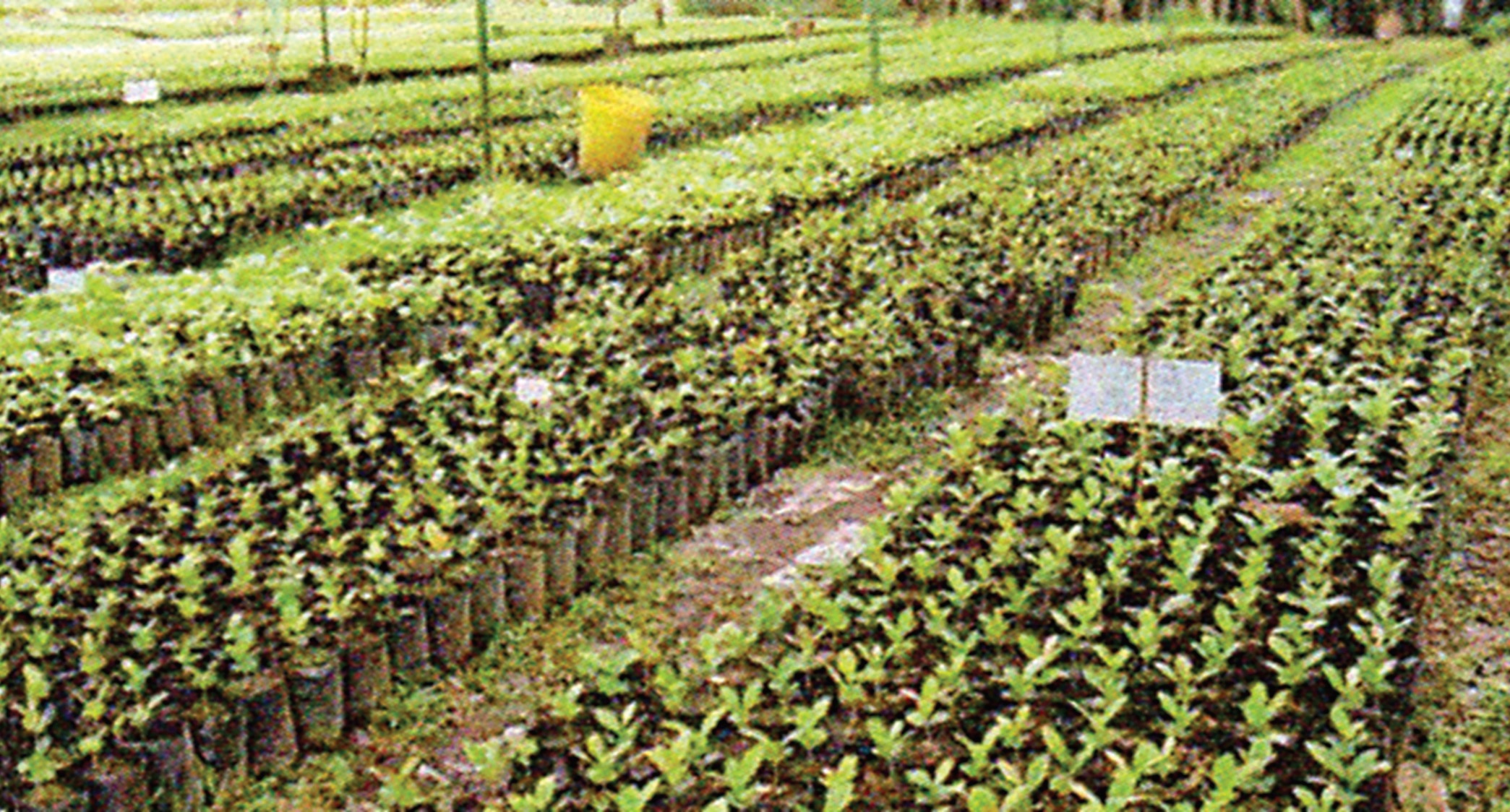 The Philippines is one of the few countries in the world that produces the four varieties of commercially-viable coffee: Arabica, Liberica, Excelsa, and Robusta. Climate and soil conditions in the Philippines – from lowland to mountain regions – make the country suitable for all four varieties.

Coffee planting can be traced to a Spanish Franciscan monk who introduced the first coffee tree in Lipa, Batangas. In the 1860s, Batangas was already exporting coffee to America through San Francisco. Neighboring Cavite followed by growing the first coffee seedlings in 1876 in Amadeo, which is why to this day, Liberica or Kapeng Barako is known to have originated from these two provinces. 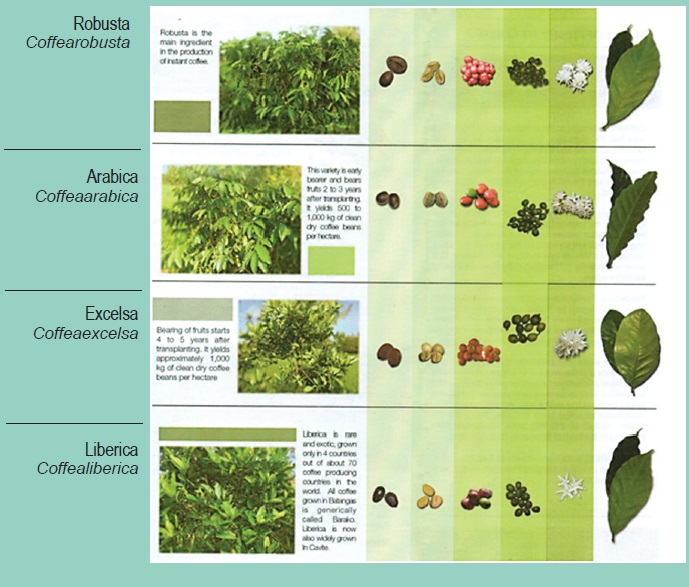 At present, Batangas only produces 13 percent of the coffee supply in CALABARZON (Region IV-A), while Cavite produces 67 percent. However, the entire region contributes a mere seven percent of the local production of coffee nationwide. Mindanao now accounts for 77 percent of the country’s production, with SOCCSKSARGEN Region (Region XII) remaining as the top regional coffee producer in the country. The islands of Luzon and Visayas produce 17 percent and six percent, respectively.

Data from the Philippine Coffee Board, Inc. shows Philippine coffee production to be around 35,000 metric tons in recent years, however, supply still cannot keep up with local demand, which is at 120,000 metric tons. The rest of the local demand is filled in by imports from countries such as Indonesia and Vietnam, which is estimated by the Department of Trade and Industry to be between 75,000 and 100,000 metric tons of coffee at a cost of P7 billion to P10 billion. Given these figures, there is obviously an increasing demand for coffee, which cannot be met by the current local supply.

As a catalyst of change, the Commission on Higher Education (CHED) supported various State Universities and Colleges (SUCs) in the country, as far as Research, Development and Extension (RDE) is concerned.

In the last five years, CHED supported RDE projects specific to SUCs and private HEIs. Grants-in-aid to eight implementing institutions and their partners were provided: Benguet State University RDE project entitled, “Characterization of Organically-Grown Arabica Coffee and Identification/Assessment of Arabica Coffee Diseases in Mountain Province,” revealed that there are five varieties of Arabica coffee that are cultivated for organic production in the Mountain Province. Pests and diseases were observed but with minimal infestation and infection to the Arabica coffee trees due to the biodiversity of the agroforestry production system being practiced by the coffee growers in the province. 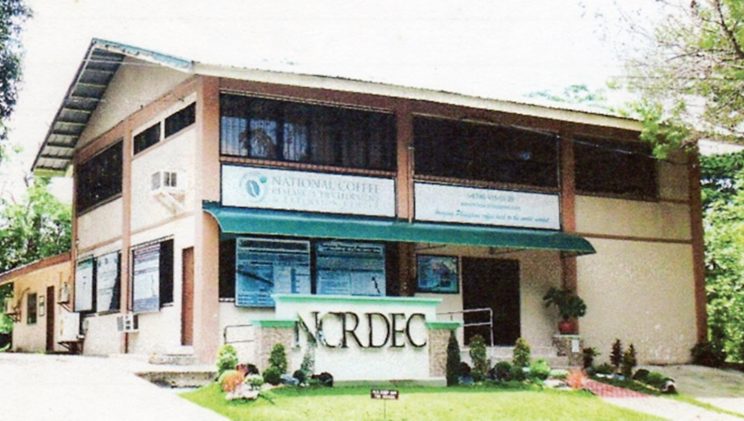 The National Coffee Research, Development, and Extension Center (NCRDEC) houses the Philippine Coffee Museum, the first-of-its-kind in the Philippines.

Arabica coffee is one of the high-value crops of the Cordillera Autonomous Region (CAR) and Mountain Province is the major producer of this type of coffee for over a hundred years. By collecting, conserving and characterizing of important coffee germplasm, they represent products of fine-tuned selection over hundreds of years and have evolved dynamically to counter pest, pathogen, and environmental pressure. In short, being able to identify resistant coffee/strains is significant in the improvement of the coffee industry in the region and perhaps in other parts of the country.

Another study was conducted by Saint Louis University in Bagiuo City on “Ochratoxin A and Ochratoxigenix Fungal Contamination of Coffee Beans and Coffee Products in Selected Provinces of Cordillera Autonomous Region.” Ochratoxins are a small group of chemically related toxic fungal metabolites produced by certain mold and the most important and most toxic ochratoxin found naturally in food is Ochratoxin A. Results of the study imply that consuming defective coffee beans may have possible health impacts to consumers. Defective coffee beans should be further processed to isolate antioxidants and remove Ochratoxin A.

Cavite State University (CvSU) was able to launch the Philippines’ cheapest coffee roasting machine called “Bravura” through the National Coffee Research, Development and Extension Center (NCRDEC), in collaboration with the Department of Agricuture’s Bureau of Agricultural Research (DA-BAR). It is the first-ever vertical coffee roaster and has a microcontroller device that completely controls its operation.

Government-Academe-Industry Partnership. The Commission, in addition to its facilitative role during the inception phase of research and development, encourages the interactions between the academe and industry in promoting innovation, research, and development. We intend to strengthen the “triple helix” of government, academe, and industry in pursuit of leading-edge, commercial-ready innovations, according to CHED.

CHED shall devise performance measures, incentives, and rewards for universities to engage with industry partners and to allow industry to recommend innovations in program or curriculum or delivery modalities in order to further enhance academe-industry collaborations. In addition, we are crafting a CHED Memorandum Order that aims to increase the number of industry-academe collaboration/cooperation on curricular programs and entrepreneurial courses, research and innovation projects and joint ventures, consultancy contracts, and supevisor-faculty exchanges.

Government-Academe-Industry partnerships in innovation shall become a platform for a structured dialogue between stakeholders on good practices and mutual learning. The specific mechanisms that power this partnership are through university students undertaking internships in companies, students and faculty working in cooperation with companies, faculty and students working on common projects, and mobility among researchers and professors and among company staff. It is expected that this mutual exposure would develop the entrepreneurial attitutdes of students, teachers, researchers, and professors, increase mutual understanding, foster new networks, clusters or partnerships, and create an incubator for new ideas.

An example of government-academe-industry partnership on coffee happened in March 2018. CHED, together with partner SUCs and the National Economic Development Authority (NEDA), organized the Higher Education Summit on Academe-Industry-LGU Linkage on coffee. This was in response to the call for wider collaboration to bring together national line agencies, local government units (LGUs), private organizations and companies, and SUCs to match areas and companies for strategic alliances and cooperation to strengthen the Philippine coffee industry.

To drip irrigate is to economize