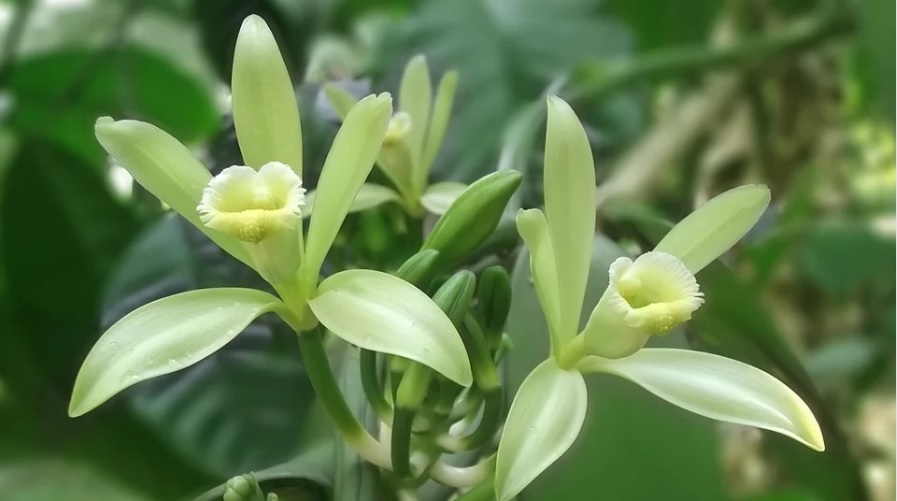 As a spice, vanilla is the second most expensive spice in the world. One reason for that is its labor-extensive production. The flower of a vanilla plant blooms for only 24 hours and requires manual as well as immediate pollination for it to transform into pods that are the source of the spice.

Vanilla (Vanilla planifolia) is a member of the orchid family and is native to South and Central America. It grows as a clinging vine that can measure up to 300 feet where pale greenish-yellow flowers sprout. 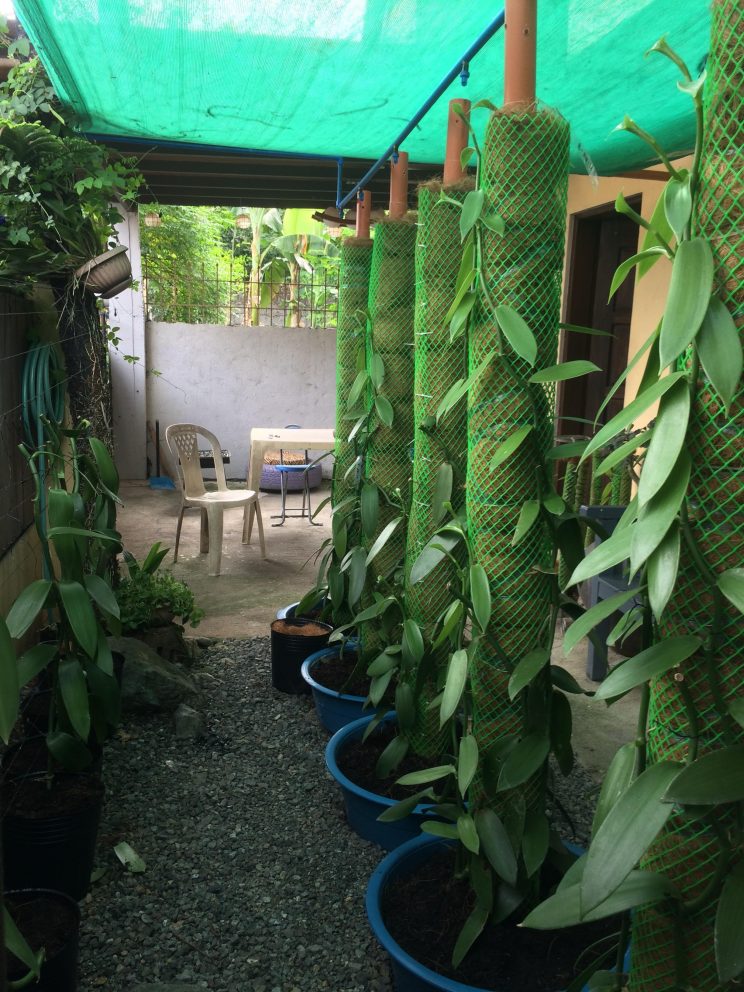 Jay Cabutihan Jr., a local businessman residing in Antipolo, Rizal, managed to grow vanilla in his house, which many thought inconceivable given the rigid growing process needed for vanilla plants to thrive.

He started his by July of 2017 after he acquired the seeds from his friend in Mindanao. Presently, Cabutihan Jr. cares for 25 vanilla plants in his home garden.

Some of the steps that Cabutihan Jr. took in order to guarantee the survival rate of his vanilla plants involved concocting his own recipe for planting mix and installing shade nets that provide 60% of shade to shield the vanilla plants from intense sunlight.

Another measure that Cabutihan Jr. took was installing his own mist spray irrigation system.

“I bought two pieces of polyvinyl chloride (PVC) water pipes and seven pieces of misting spray valves which I attached to the pipes,” he said.

He measured half a meter as spacing for the misting valves. A controller was later added at the end of the pipe to create an automatic system for watering the plants.

The vanilla plants have a watering schedule of three times a week to keep the soil moist but not too wet because over watering causes fungi and can kill the plant.

Cabutihan Jr. chose to grow vanilla because of its profitability. When vanilla flowers bloom, he hand pollinates it before it expires. As pods develop on the plant, it takes around six to seven months for it to mature and be ready for harvesting.

He manages to harvest about 2.5 kilos of vanilla beans which he cures or dries to be able to sell it to the market as vanilla extract.

“Vanilla is expensive in the market because growing and processing it mostly requires manual labor,” Cabutihan Jr. said.

Besides vanilla, he also sustains a hydroponics garden where he grows vegetables like kale, kangkong, lettuce, and some fruit. 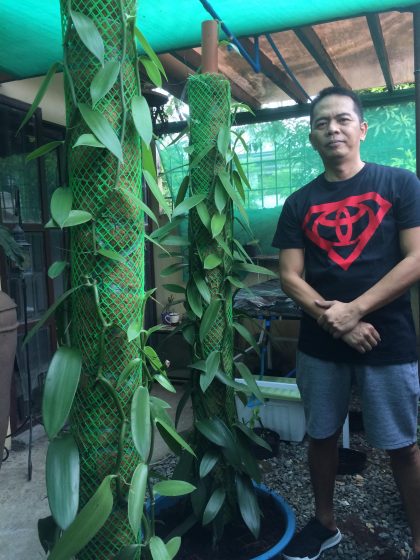 A reason why Cabutihan Jr. chose to grow vanilla plants is because of its profitability. 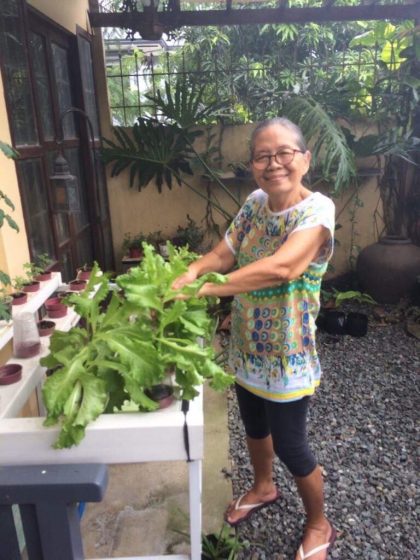 Cabutihan Jr.’s mother helps him in growing plants in his home garden.

His interest in gardening was brought about by his late father who taught him the basics of growing plants as well as how to make a profit from it.

When he’s not tending to his gardens, Cabutihan Jr. owns Flowers by Enero: a flower shop, also located in Antipolo, Rizal, that offers fresh, stylish, and affordable floral arrangements for various occasions.

Despite his garden being initially established as a pastime or a means for income, it also serves as a way for the businessman to connect with the person who played a significant role in forming his roots.

Part 2 of the story to be published in next week’s issue of Manila Bulletin’s Agriculture news will focus on tips on how to grow vanilla in an urban setting and what are the benefits derived from it.

There would be no cities without agriculture

Star of the rubber industry