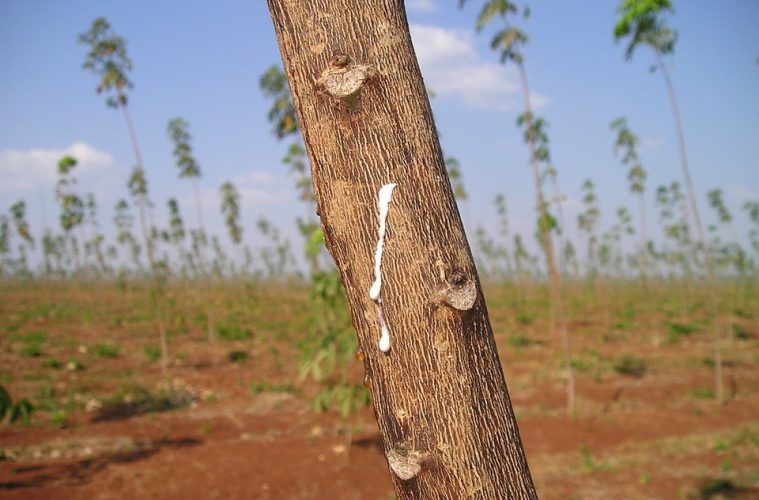 Star of the rubber industry

Rubber is considered as one of the key high-value industrial crops in the Philippines. It is a robust, perennial crop, which produces a milky white sap known as latex.

With the increasing demand for rubber in the world market, both the government and private sectors are exploring improved technologies on how to produce fast-growing and high-yielding rubber trees. Since the rubber industry is labor-intensive, it can support about 1.2 million workers and dependents by employing both men and women tappers and plantation workers.

According to the Philippine Statistics Authority, the production of rubber cup lumps from April to June 2018 grew by 2.2%, from 117.68 thousand metric tons (mt) to 120.33 thousand mt. This can be attributed to the increase in number of the rubber trees in the ARMM and SOCCSKSARGEN regions. The province of Zamboanga, though, topped all the rubber producing regions with 34.3% contribution to the national total. 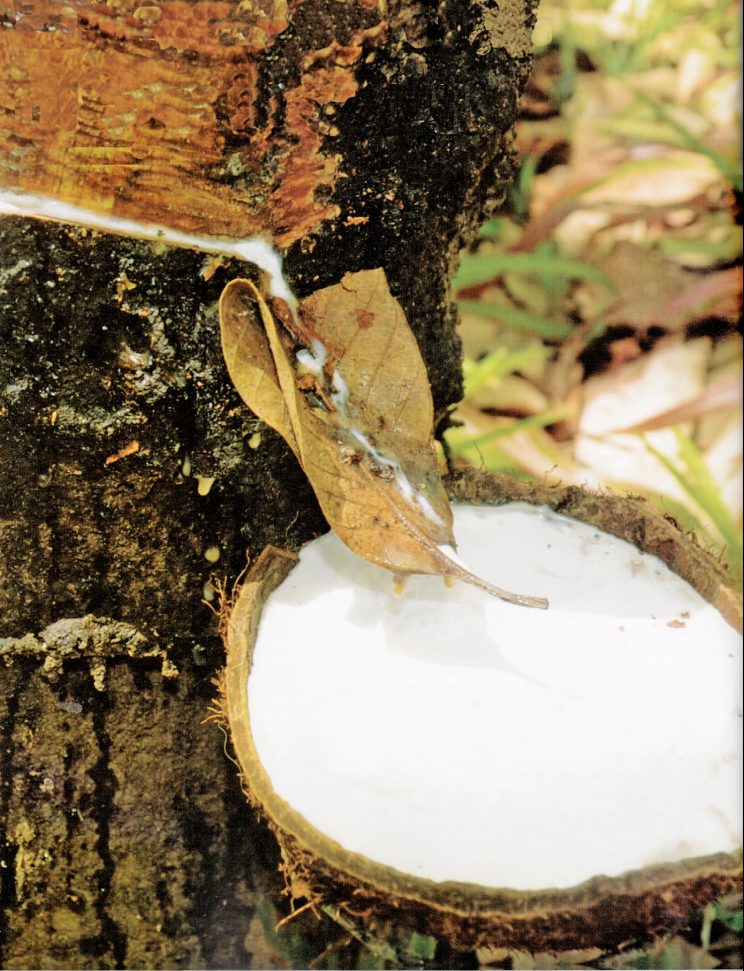 Considered as the rubber capital of the Philippines, Zamboanga Peninsula (ZamPen) is home to thousand hectares of rubber plantation. However, most rubber farmers in ZamPen use battery solution or sulfuric acid in coagulating rubber latex into rubber cup lumps. Although this solution is cheaper and readily available, it is banned by the local government units. The resulting contraband rubber is inferior as it contains low dry rubber but high in water. This is a malpractice that the rubber industry aims to eradicate.

Battery solution absorbs water, thus making the cup lumps heavier and more expensive when sold. This acid solution not only weakens the quality of rubber when processed, but also threatens human health and the environment.

The prescribed coagulating agent is formic acid as it dispels water instead of absorbing it. Since formic acid is a type of organic acid solution, using it does not have a negative effect in human health and our environment. This solution also ensures good rubber quality when sold. Another organic acid solution that can be used as coagulating agent is the acetic acid, most commonly known as vinegar.

To ensure the quality and consistency of rubber cup lumps, the differentiation of cup lumps coagulated with formic acid and battery solution is very critical in enforcing compliance and maintaining trade standards.

In an effort to solve this malpractice in the rubber industry, the Surface Toughness Analyzer of Rubber (STAR) was created. This is the result of the joint effort of PCAARRD and De La Salle University (DLSU) Taft Campus.

STAR is a user-friendly device that can determine the kind of acid solution used in coagulating rubber latex into cup lumps. After turning on the sensor, the green LED bulb will light up indicating that the sensor is operational. The probe head of the sensor is then used to puncture the surface of the rubber cup lump. If the LED bulb of the sensor turns red, this indicates that the cup lump analyzed is coagulated with battery solution.

Producing high-quality rubber products has been a great challenge to the farmers in ZamPen. But with the development of STAR, the quality of locally-produced rubber can improve.

It is hoped that the development of the sensor will finally prevent rubber latex processors, farmers, and brokers from using battery solution in rubber latex coagulation. This will result in a better quality and higher price of rubber cup lumps to be processed by the industry.

The development of the device is aimed at providing a science-based support to the local ordinance banning the use of battery solution. With our flourishing rubber industry, STAR is a promising device that can help ensure the state and quality of natural rubber and rubber products. With STAR, rubber farmers can comply with industry regulations and market requirements, thus safeguarding the competitiveness of the Philippine rubber industry. (The PCAARRD Monitor)