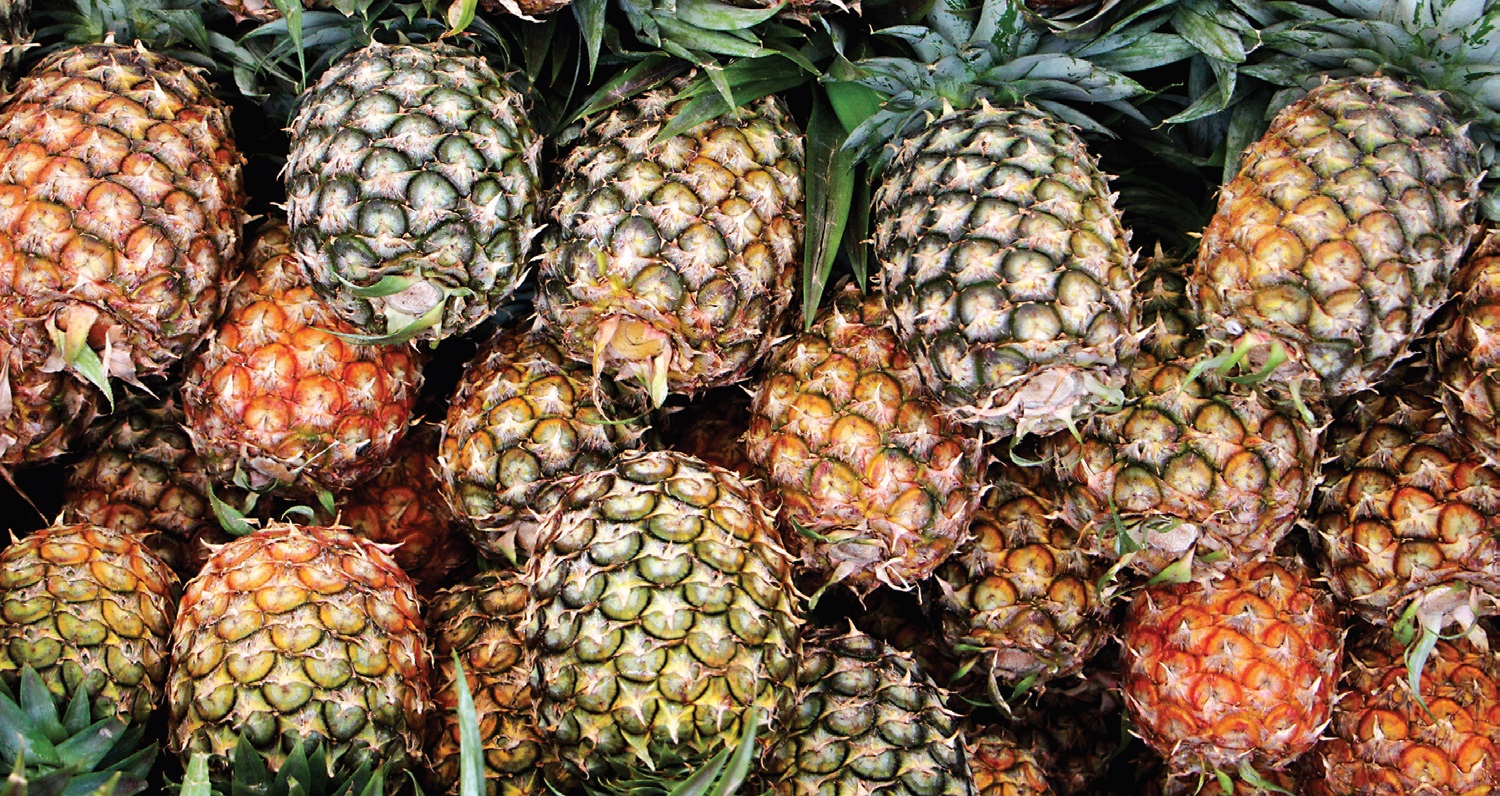 Among the income-generating crops in the country is pineapple, particularly the Queen variety which has a vast potential in the local and international markets.

Records from Philippine Statistics Authority showed that pineapple production during the period of October to December 2018 posted an increment of 1.0 percent, reaching 706.46 thousand metric tons from 699.22 thousand metric tons in the same period of the previous year, where almost two-thirds or 64.2 percent of total pineapple production came from Northern Mindanao. 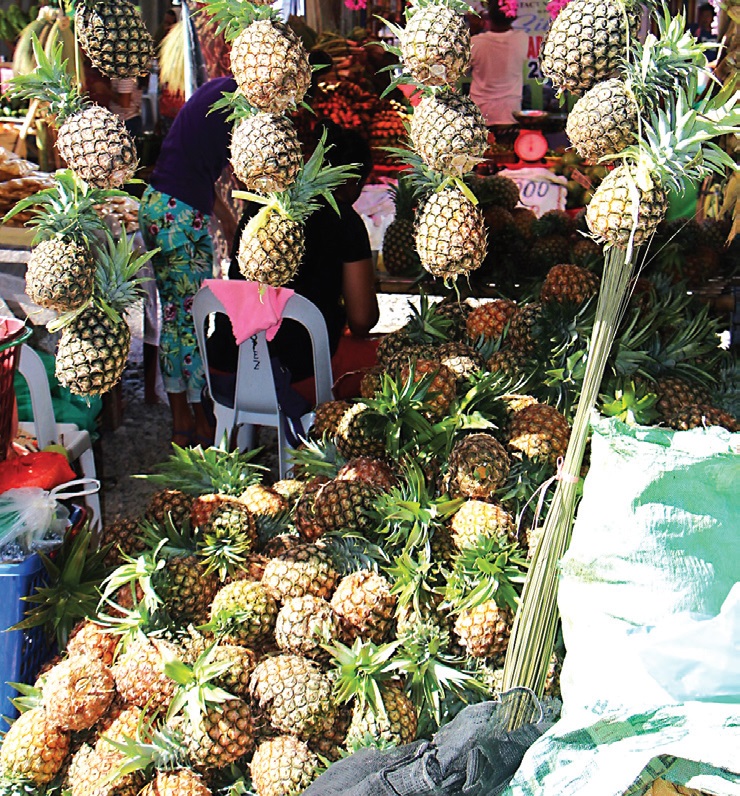 SOCCSKSARGEN came next with 30.0 percent share to the total pineapple production, while Bicol Region contributed 2.1 percent.

The production of Queen pineapple is expected to increase with the development of a propagation protocol and corresponding planting system which was done by the Visayas State University (VSU), in cooperation with the Camarines Norte State College and the Department of Agriculture Regional Field Office V.

These were the outputs of a program dubbed “Enhancing the productivity and marketability of Queen pineapple” which was funded by the Philippine Council for Agriculture, Aquatic and Natural Resources Research and Development of the Department of Science and Technology (DOST-PCAARRD).

The protocol involves the use of suckers and crowns explants to produce true-to-type planting materials.

With somatic embryogenesis, one explant is expected to produce up to 10,000 plantlets of the Queen pineapple, compared with only 5 to 10 planting materials derived from one plant through the conventional propagation materials such as suckers, crowns, and slips.

This technology is also considered a promising intervention as it can produce ready-to-plant seedlings eight months earlier than the traditional propagation. 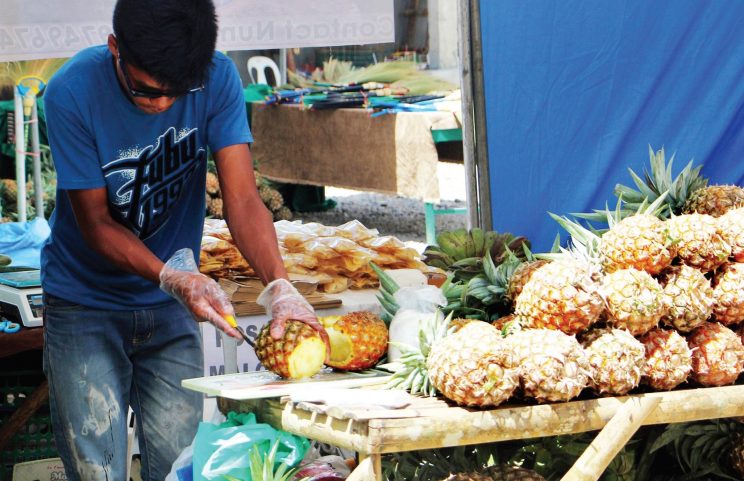 Small farmers are expected to benefit from the availability of planting materials through the development of a propagation protocol and corresponding planting system.

Through the propagation protocol, a total of 12,500 potted Queen pineapple seedlings were produced.

Another output of the program is the optimization of planting density and intercropping system for the Queen pineapple variety.

This represents some 203 percent increase in the national average of Queen pineapple yield at 30 MT/ha.

In Camarines Norte, as much as P118,841 per hectare can be earned in a Queen pineapple plantation with planting density of 300 plants/ha applied with fertilizer which is based on soil analysis.

PCAARRD says this was a result of a cost and return analysis conducted in the province.
In terms of applying the intercropping system, a 157 percent increase in yield or 47 MT/ha of Queen Pineapple was observed in the province of Leyte, where the plantation was intercropped with coconut.

On the other hand, production of Queen pineapple suckers as planting material and leaf as basis of fiber yield was assessed in an intercropped field. 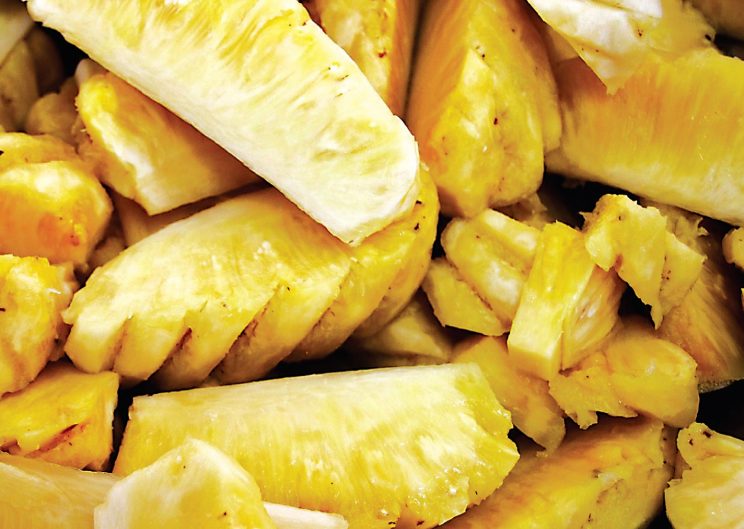 The flesh of the Queen pineapple has a distinct sweet taste that is refreshing and very nice to eat.

The results showed that 14 suckers per plant was the highest average obtained in a field intercropped with coconut.

FIESTA is PCAARRD’s platform for research and development results utilization.

It aims to promote science and technology and its products towards providing competitive and profitable business ventures for the micro, small, and medium enterprises (MSMEs) in the agriculture, aquatic, and natural resources sectors of the country.