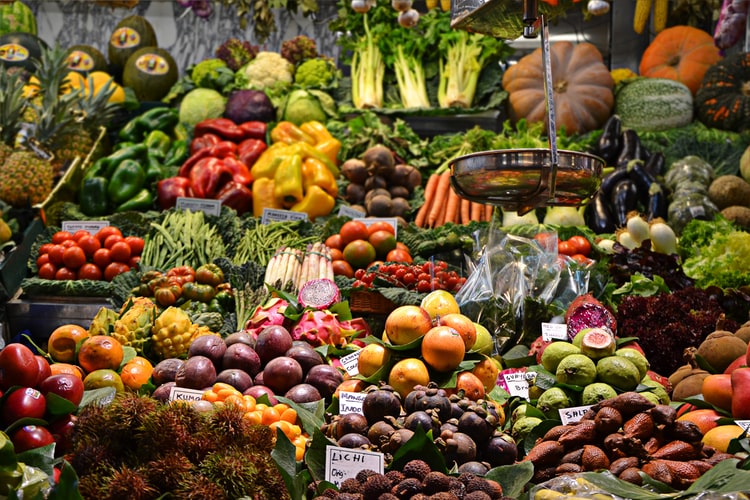 It’s true that more young people are entering the agriculture business, but given that it’s not the easiest industry to thrive in, especially with climate change, what keeps them there? This was the question posed at the Agri PopTalk, a midyear mixer that was attended by some of the industry’s young players. The event was held in Harbest AgriBusiness’ office in Taytay, Rizal.

Agripop is a community of young people who have stakes in agriculture. It was started by Julius Barcelona, Barbi Cruz Raphael Teraoka Dacones, Carlo Sumaoang, and this editor as a way to connect young farmers to each other. In an industry known for its ageing population, young farmers need as much support as they can get, even if such support comes from the knowledge that there are other agriculture practitioners out there in the same age group.

Chef Isi made a green salad with fried pumpkin, purple corn fajitas, mussel lentil curry soup, and okra squash fajitas while Chef Sharwin made fish fragrant eggplant (which, despite its name, does not contain fish), vegan zha jiang mien (fried sauce noodles), sauteed local greens with oyster sauce, and flash-pickled ampalaya. “Everybody thinks that Chinese food is all meat and seafood, and it’s possible to make vegetarian Chinese food,” he said. Cruz and Dacones, upon realizing that there were extra ingredients, made kilawin.

The event included a tour of First We Farm (FWF), a heavily automated hydroponic farm located on the building’s rooftop. The farm is an experiment whose aim is to be able to grow a vast amount of food in a relatively small area. “My goal is to bring this space (600 sqm) to the same production as Israel,” FWF’s Julius Barcelona says. “In the Philippines, one hectare of tomatoes averages 8-12 tons per harvest. One hectare in Israel and Europe… manages to be 120 tons per month.”

After lunch, everyone participated in a discussion on, not just how to encourage more young people to get into the agriculture industry, but how to keep them there, as well as the current problems farmers and chefs (who are farmers’ biggest fans) face. Examples brought up included the difficulty of getting farmers and consumers interested in new (or indigenous, depending who you’re talking to) varieties, wastage, getting funding, and how much risk one should be able to comfortably take.

Brought up was the lack of government support, especially compared to other agriculture-forward countries. “Fertilizers are so heavily subsidized in Taiwan that an ordinary farmer won’t think twice about applying 3,000 kgs of 14-14-15 to their field,” Barcelona said as an example, adding that in Taiwan, it takes eight hours to get from farm to market compared to the four to 15 days it takes in the Philippines.

“They even subsidize the specialized protective plastic that’s used to wrap fruit while on the tree,” Cruz added.

Another subject tackled was how to overcome deep-seated practices and prejudices that sometimes hamper progress.  “It’s good that we have discussions like this. There are a lot of ideas already and I feel like execution is the next step. Unless you execute anything, it’s all just in the air. (Some) problems are deep-seated,” Erick Yambao of landscape design company Plontur said. “We’re trying to change belief systems and mindsets. We’re actually changing an ecosystem… It’s grassroots. You start very small, very slow, and hope that there is momentum to change.”

It’s nice to know that young people are not only taking an active interest in the agriculture industry, but also hope to identify and solve the problems that have long plagued the industry. The gathering was a nice reminder of something that many people forget: that what is harvested from the fields (and pens and ponds) is what ends up on our plates. That even in a world where chefs are celebrated like rock stars, if there were no farmers, we would literally have nothing to eat. Which makes us wonder, why aren’t farmers celebrated (and paid) the same way?

As Chef Sharwin said as lunch was served, “Whe should stop celebrating what we (chefs) do, we should celebrate what you guys (farmers) brought… What we did was we just tossed stuff together. It’s really how good your stuff is that makes this (taste) really good.”

Sulu princess uses coffee as an instrument of peace