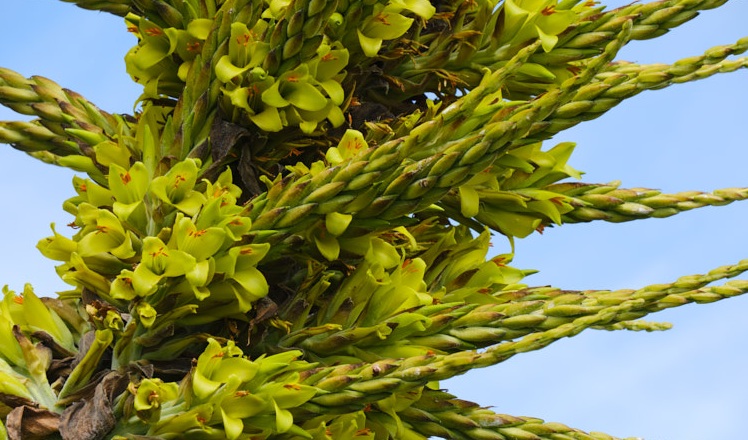 Almost similar to the fictional evil plant that thrives through human blood in the musical “Little Shop of Horrors,” a plant that feasts on sheep was found growing in Cornwall, United Kingdom.

Puya chilensis is a hardy evergreen plant that is native to the arid hillsides of Chile. It is a terrestrial bromeliad that grows slowly, taking up to 20 years for it to flower.

The plant’s distinguishing feature are its spikes that protrude from its razor-like stem. These spikes are the ones that catch on the wool of the sheep that causes them to be trapped.

After the sheep have starved to death and decay, the carcass of the sheep will provide nourishment to the plant by seeping into the soil, serving as fertilizer.

The scent of decaying animals sometimes provide the plant more prey as other animals are attracted to this kind of smell. Thus, these animals come to the scene expecting to prey on other animals but end up as prey for the carnivorous plant as well.

On the other hand, communities in the area were assured that there is no need to be alarmed for their safety as the plant does not cause people harm.