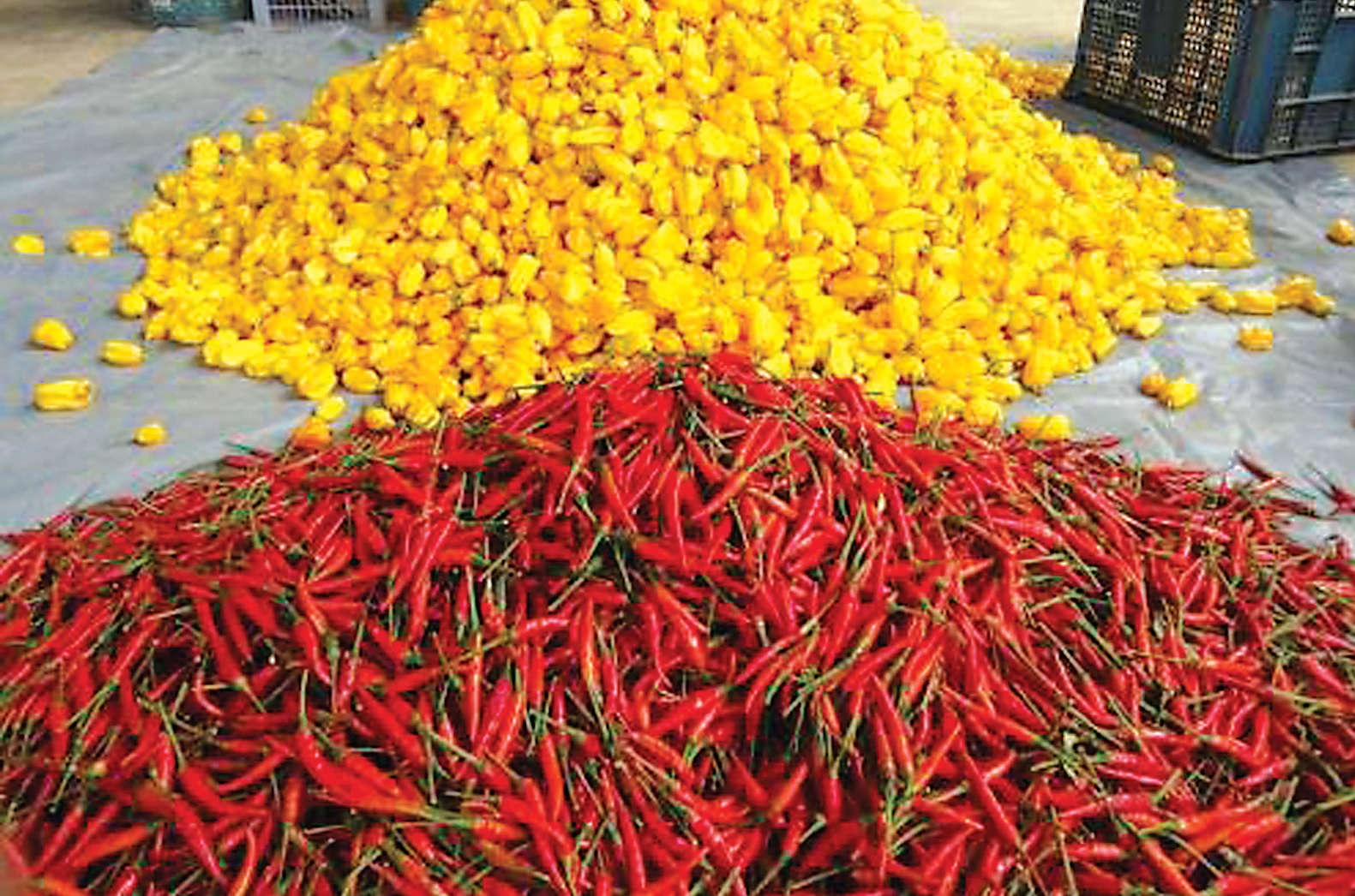 Seven groups which are involved in one way or another in hot chilies have now formed a formidable front under the umbrella of what Ponchit Ponce Enrile started in 2014 – ChiliHeads Philippines which staged with much fanfare the first Chili Festival that year. They have formed a federation.

The CHILI GROWERS PHILIPPINES is the biggest growers’ group today, with more than 11,000 members nationwide. It hosts the pod tasting session during the annual Chili Festival. They also host the Chili Pods Arrangement Competition during the same event. They meet every 3rd Saturday of the month at the Ninoy Aquino Parks and Wildlife par tea house in Quezon City. 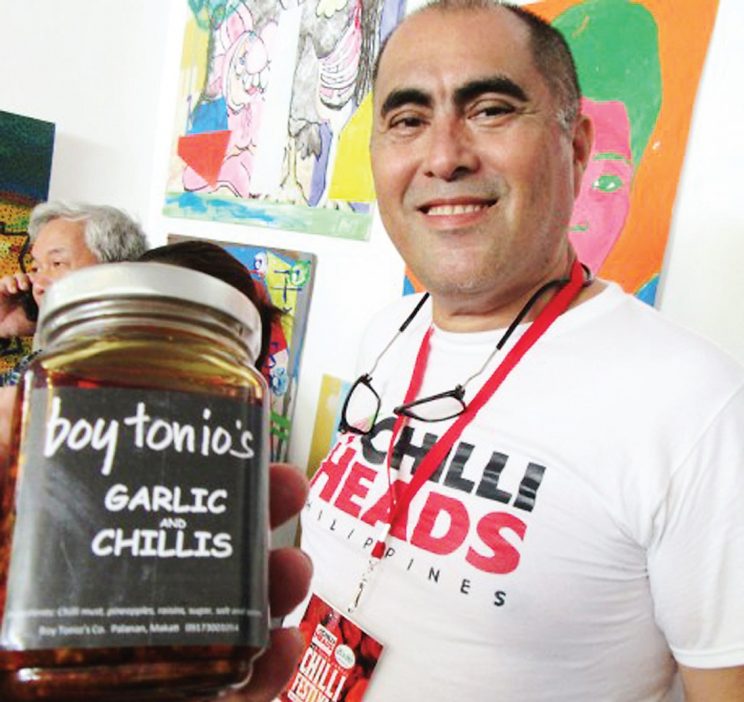 The PHILIPPINE HOT SAUCE CLUB is composed of 5,000 processors, both artisanal and commercial, including a few exporters as well as hot sauce enthusiasts. They hold monthly hot sauce parties featuring their Table of Fire. They are the hosts of the Hot Sauce Competition during the annual Chili Fest. The Table of Fire features tasting of different hot sauces, depending on the theme. In the annual Chili Fest, they feature all the hot sauces available from members with about 100 brands and 300 variants.

KA SILI is a group of growers dedicated to Super Hot chilies. They have over 1,000 members.

MINDANAO CHILI GROWERS is a group of over 1,000 Mindanao growers and hot sauce makers. They are less than a year old but are now in the final processes of turning their association into a cooperative.

DABAWENYO CAPSICUM is a new group composed of 300 growers and hot sauce makers. They have opened their full-size hot sauce store in the heart of Davao City.

LABUYO 100 is the most exclusive club of chili fanatics in the country. Membership is strictly by invitation held at various Chili Meets of sister organizations wherein one has to eat 100 labuyo chilies with a prescribed amount of food and not drink any liquid whatsoever for ten minutes after the 100 labuyo have been ingested. They have less than 100 members.

Members of the federation of chili producers, processors, and traders number about 19,000.

While the F1 hybrid hot peppers distributed by the major vegetable seed companies are selling at a low P15 to P20 per kilo ex-farm (as of March 2019), the fruits of the Habanero type (bigger fruits that are super hot) are selling at P300 to P550 per kilo in the market. The buyers are the many small chilli sauce makers who buy 10 to 20 kilos at a time, according to Ponce Enrile, head of the Federation of Chilli Producers that count on a membership of more than 19,000 growers and processors.

The sauce makers prefer the super hot varieties for their pungency and excellent flavor. The fact is that some sauce makers are importing powder of the Carolina Reaper at US$150 or more than P7,500 per kilo.

A fellow from the North is reported to be making a killing because he has a big production of an open-pollinated Habanero. The fellow would rather remain incognito, however. Each of his plant could yield a kilo of fresh fruits. A few is said to produce as much as three kilos. 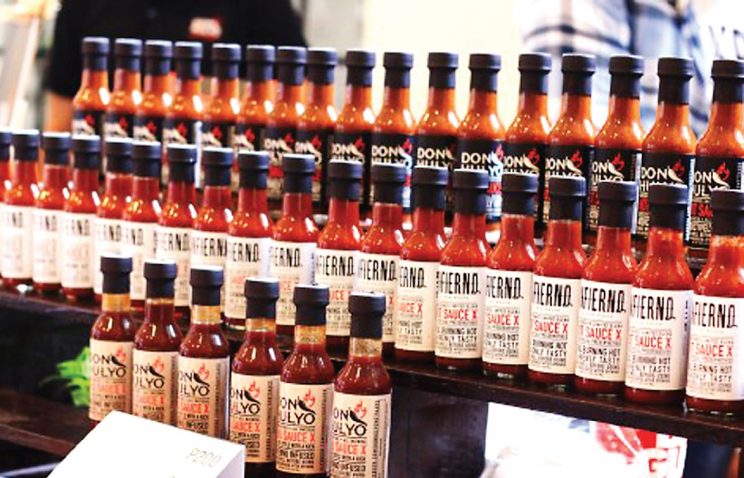 Hot chili sauce that are export-quality.

Here comes the good news. The East-West Seed has developed two new Habanero chilies that could be much better in terms of productivity, resistance to stresses, pungency, and other desirable traits.

The new EWS Habanero are only known by their code number today. One is No. 30183 which is an early maturing Habanero (75 to 85 days) which is bright red when mature and light green when immature. This variety has strong plant vigor and high yield potential. The fruits which are 4.5 x 3 cm and weighing 10 to 12 grams each are shiny red with strong rib, high pungency, and very strong aroma. It is adapted to tropical lowland wet and dry seasons.

The other new Habanero hybrid is No. 30185 which also has very strong plant vigor and good foliage cover that protects the fruits from sun scalding. Fruits are 4.3 x 3.3 cm long weighing 10-12 grams each, with thin walls, are bright yellow when fully mature, with high pungency and aroma. First fruits, light yellow when immature, are harvestable 80 to 90 days after transplanting. It is adapted to tropical lowland wet and dry seasons.

By the way, why the low price of the F1 hot peppers from the seed companies? Well, Ponce Enrile has the answer. He said that in the previous cropping in 2018, the hot pepper harvest fetched as much as R1,000 per kilo. So the next season, everybody planted F1 varieties. That resulted in oversupply, favored by good weather conditions. There was practically no anthracnose infection that ended up in bumper harvests but low prices.

Interesting agri people you’d love to be your friends