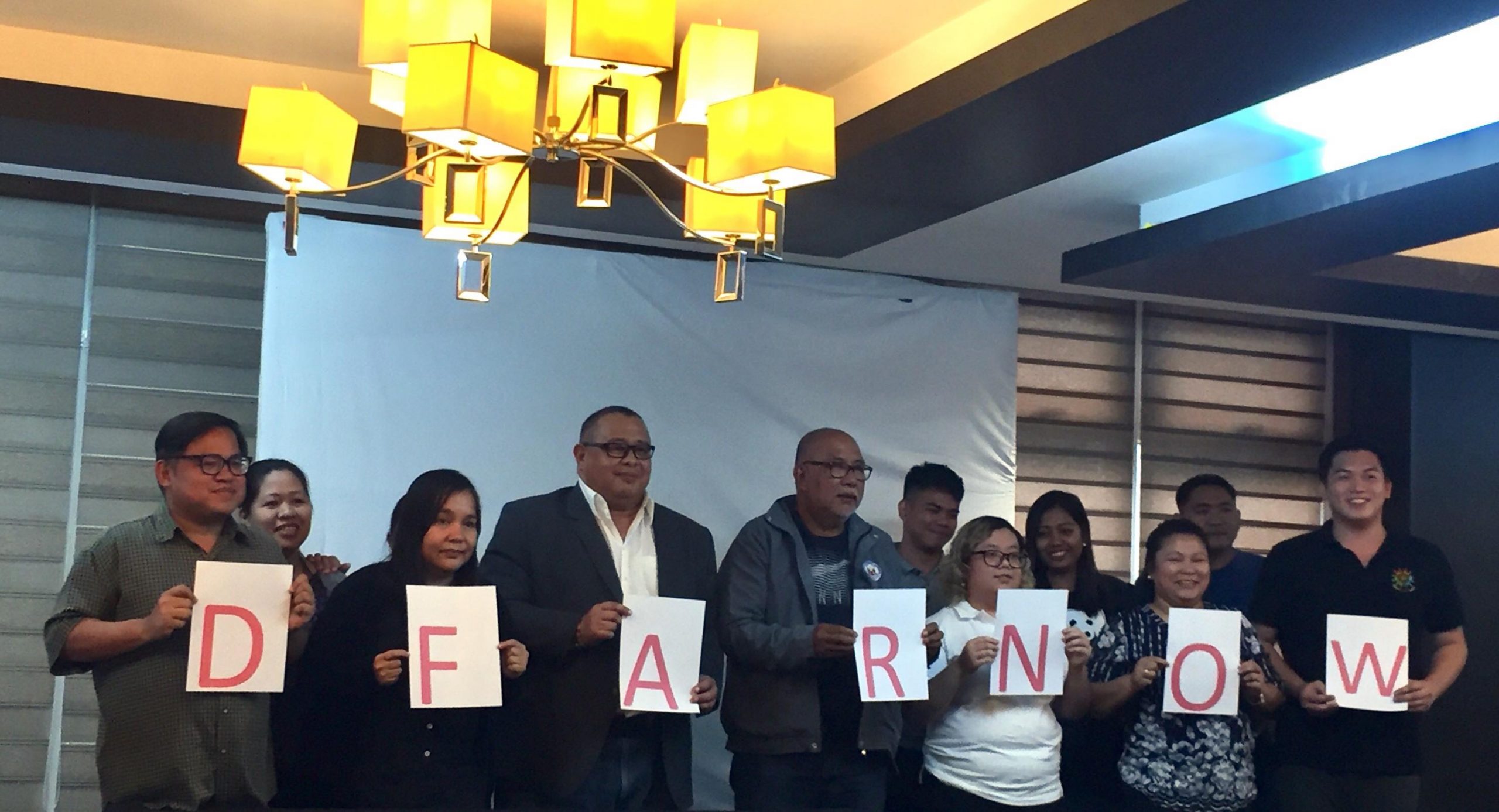 Years ago, mackerel scad, locally known as “galunggong,” was considered the “poor man’s fish” because it was inexpensive and can readily feed a family. However, due to extreme weather conditions and other economic factors, the staple protein has become a benchmark of inflation.

Furthermore, local fisherfolk are clamoring for better reforms because their current status as the country’s “poorest of the poor” have not taken a turn for the better.

Resty Del Rosario, a municipal fisherman from Bataan and a member of the National Anti-Poverty Commission-Artisanal Fisherfolk Sectoral Council, supports the formation of a Department of Fisheries and Aquatic Resources because he believes that there should be a department that represents the Filipino fisherfolk.

“If you look at us now, we’re like orphans who have no family to turn to in times of crises. Our costs are increasing while the amount of fish we catch are decreasing. These are the harsh truths of our current condition,” Del Rosario said.

To address the current issues, fisherfolk such as Del Rosario, along with stakeholders from the academe, conservation NGOs, and the fisheries industry are calling for the passage of the DFAR in the 18th Congress of the Senate and House of Representatives.

Joseph Martin Borremeo, a board member of the National Fishing Research and Development Institute, laid out some key points why the public should support the establishment of DFAR.

A department focused on the daunting task of managing PH fisheries. The NFRDI board member emphasized that having a separate department through the DFAR will give more attention to ensure a sustainable management of fish and aquatic resources as well as an ecosystem-based production through capture and culture. The DFAR will also focus on the development of livelihoods and settlement of artisanal fisherfolk.

Enforcement of policies to protect our aquatic resources. A department solely concentrated on the country’s fisheries and aquatic resources can help implement policies which are meant to regulate fishing efforts. Meanwhile, the DFAR will also have the necessary resources to conserve and rehabilitate marine habitats from environmental threats that could lead to a decrease in fish catch.

Increase the fisheries’ contribution to the gross domestic product. According to the Food and Agriculture Organization of the United Nations, the Philippines is ranked among the major fish producing countries in the world. The establishment of a DFAR can provide institutional support to maximize the potential of the marine resources as well as enforce development plans for the fisheries industry. It will also enable fishing communities to capitalize on the largely untapped marine resources.

Serve as a department that advocates the rights of fisherfolk. The laments of fisherfolk such as Del Rosario will not go unheard with a department whose goal is to address issues like this because it acts as the unifying force that represents direct and indirect stakeholders.

The formation of a DFAR is proposed through Senate Bill No. 51 and House Bill No. 426, which were introduced by Senator Francis Pangilinan and Representative Gloria Macapagal-Arroyo, respectively.

If approved, the bills will elevate the Bureau of Fisheries and Aquatic Resources, which is currently under the Department of Agriculture, into an independent department headed by a secretary with a cabinet rank.

“Agriculture refers to the cultivation of land for crops and breeding animals to provide food. With the DFAR, we can focus on the aquatic aspect of catching and rearing fish for food,” Borromeo said.

The DFAR will then take over the responsibilities of developing, managing, and conserving the country’s fisheries and aquatic resources.

“This is what we would like to stress to the legislators: Creating a department is not a cost and it will not add to the bureaucracy of the government. It will simply fix the institutional failure from a bureau-scale to a department-scale,” Borremeo said.

Plants you can grow in an edible garden