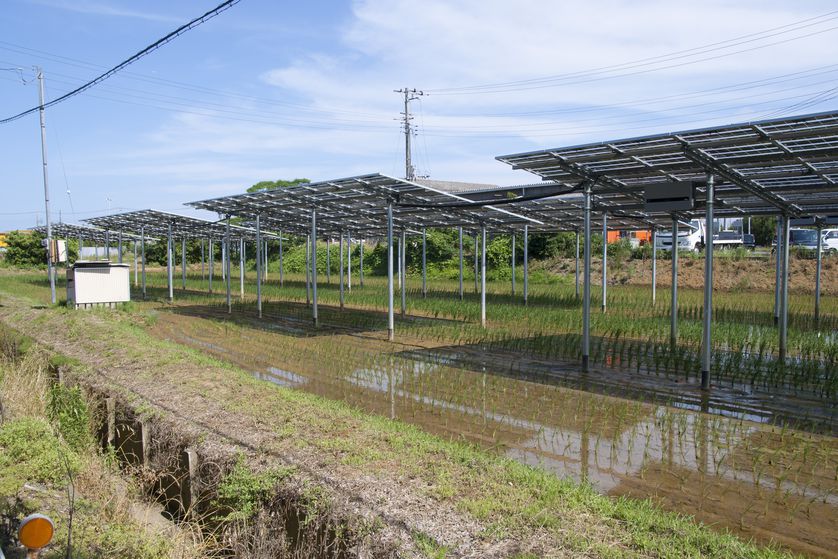 According to studies, renewable energy is becoming a lot cheaper than fossil fuel, but on top of that, it can also improve agriculture, assisting farmers with growing crops and at the same time conserving land and water resources.

One important source of solar power is big, utility-scale “solar farms,” which helps supplement the energy generated from smaller and less centralized sources such as solar panels on the roofs of houses and buildings. Solar farms need a lot of space, and scientists have found that they do well in areas where crops also thrive.

The idea of crops and solar energy in the same place is called, “agrovoltaics.” Studies show that not only will this save space, the two might be able to help each other as well, with the panels potentially boosting harvests while conserving water and the crops enabling the panels to function more efficiently by bringing down the temperature in the area.

The system might not work in every location or on all crops, but converting just a portion of farms to this system will help meet global electricity needs. And in a time of climate crisis, every little bit counts.

Management of planthoppers and leafhoppers

Regenerative farming: The secret is in the soil