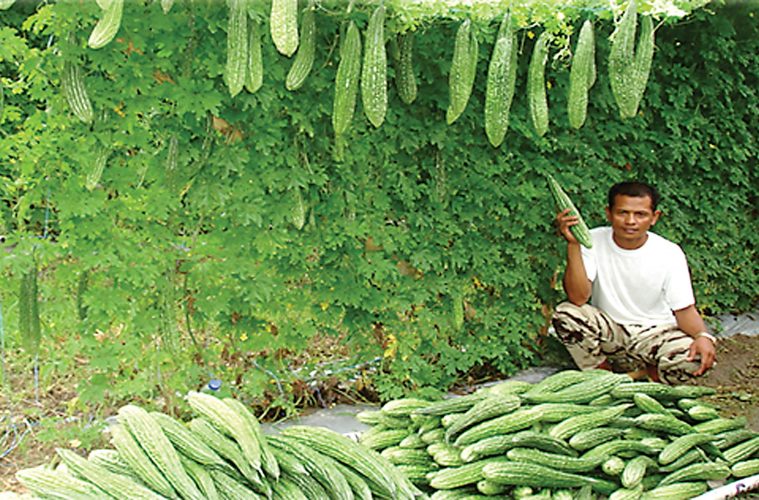 The talk of the town among vegetable growers today is grafted ampalaya. Why? Last year, East-West Seed’s new Farm Ready grafted ampalaya seedlings were released to selected farmers for field trial. The farmers included those from Central Luzon and Calabarzon area. One of those who bought grafted seedlings was Doming Castro of Floridablanca, Pampanga, according to Ric Reyes, East-West Seed’s Marketing and Strategy consultant.

Castro was so amazed by the result that he would not plant the ordinary, ungrafted seedlings anymore. Although one grafted ampalaya seedling costs R28 versus R10 for the ungrafted, Castro does not mind the high cost. Why? Because he could harvest more than double that of the ungrafted.

Castro said that his first harvest from the grafted ampalaya was made as early as 35 days after transplanting. Some produced their first harvest 45 days after transplanting. The first harvest is about ten days earlier than those ungrafted. The big difference is that Castro harvested from his grafted plants for five months compared to only two months for ungrafted seedlings. Usually, ordinary ampalaya seedlings produce only 15 to 18 harvests before the plants die. The grafted seedlings, on the other hand, can produce as many as 37 harvests that are heavier, hence the yield is more than double. 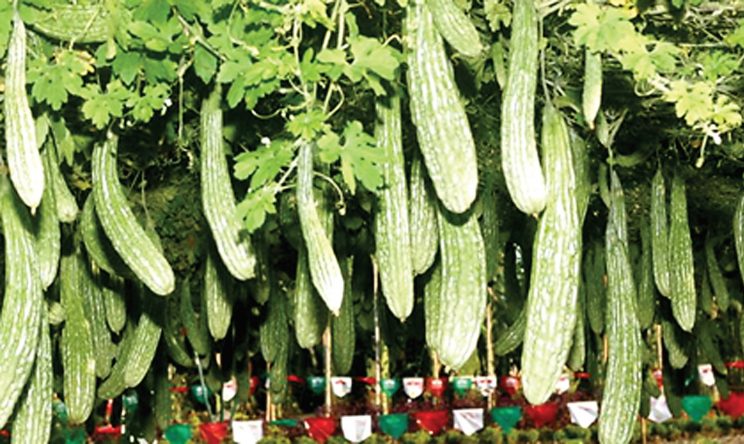 High-yielding grafted ampalaya is productive for five months compared to two months of the ungrafted.

Ric Reyes explained that researchers of East-West have developed a new rootstock that becomes big and woody. It could become as fat as an arm or a soda bottle as can be seen in the accompanying picture here. The grafted plants develop extensive root system that makes them tolerant to drought as well as flooding. They take up nutrients from the soil more efficiently so that the farmer can economize on fertilizers. The plants are also more resistant to bacterial wilt and fusarium wilt.

As a result of the amazing yields obtained by farmers in their field trials, Farm Ready Grow Group Seedling Corporation has intensified production of grafted seedlings in anticipation of the big demand. At the same time, experts are intensifying dissemination of the good news about grafted ampalaya. They are conducting seminars and demonstrations to explain the advantages of planting grafted ampalaya.

Farm Ready GG Seedling Corporation was organized in 2014 as a joint venture of East-West Seed and the Grow Group BV of the Netherlands. The Dutch company has more than 100 years of experience in the professional seedling business. It supplies its products to customers all over Europe and has subsidiaries and partners in different countries. Grow Group BV is highly experienced in providing technology in growing plants, organic farming, organization, nursery processes, automation, and management. The combined expertise of Grow Grow BV and East-West Seed will result in better service to the farming community in the Philippines.