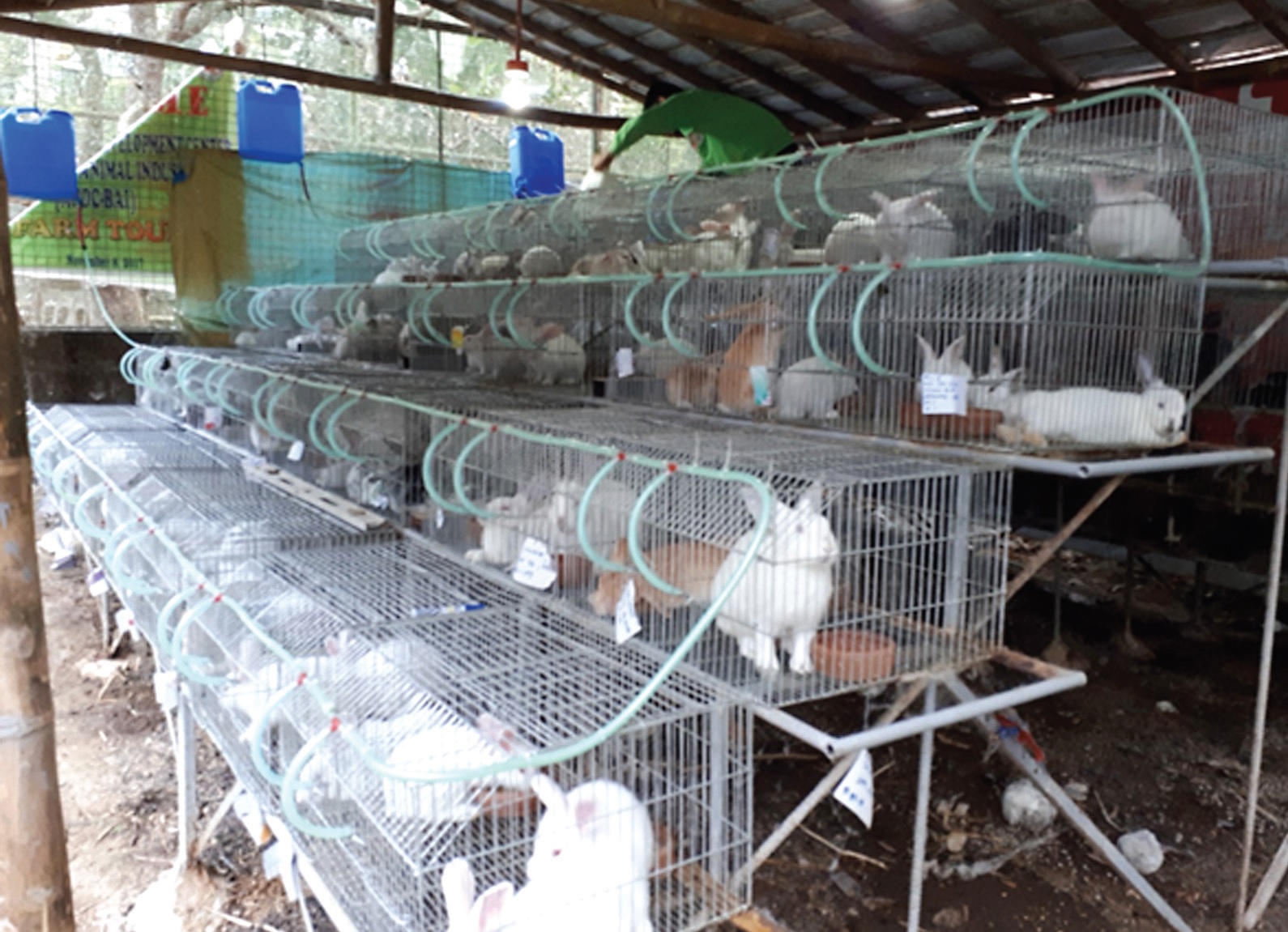 Rabbits are cute and fluffy and often thought of as pets. In other countries, they are also considered a cheap and nutritious source of meat, one that can net a fine profit for the farmer that raises them.

Willie Menor of Tierra del Menor farm didn’t start out wanting to raise rabbits for profit. He bought his first few bunnies in 2016 because his kids thought the cotton tails would be a cute addition to their small leisure farm. “We started with 10 heads. Do you know what happened? They all died because we don’t know how to raise it,” Menor says. “After that, I said to myself that we should study first.”

The internet was a great help in teaching Menor how to raise rabbits. He also attended local seminars to familiarize himself with caring for rabbits in the Philippine setting. Once he was ready, he bought 12 rabbits and had modules, or hutches built for them, with one module housing 24 heads. The rabbits multiplied at an average of nine kits (short for kitten, which is what a baby rabbit is called) a litter. After a year, he had 150 breeders. He decided to turn it into a business. He had been introduced to rabbit meat and knew its potential in the Philippine market. Right now, his farm has 400 breeders and a total population of 1500 heads, and according to Menor, this isn’t enough to meet the local demand.

Menor explains the farm’s breeding and production cycle: 100 breeders are crossed (mated) a month, with each doe (female rabbit) producing an average of six kits a litter. This equals a monthly production of 600 heads, half to be sold as breeders and half to be processed as meat.

Tierra del Menor sells two-month-old breeders for P350 a head. The farm is able to sell an average of P75-100 head a week.

They are also able to process about 50 of four month old to full-grown rabbits a week or 200 head a month, with the meat sold at P450 a kilo.

“We cater to four categories,” Menor says. “Breeders, pet shops, laboratories and schools, and the last is meat.” He adds that he doesn’t do very much business with pet shops because the profit margin is so low. Schools and laboratories, on the other hand, order a minimum of 50 head at a time, but they sometimes have to meet specific requirements, such as having the same fur color, for example.

Raising rabbits for fun and profit

The demand for rabbits was so high that Menor decided to hold monthly rabbit raising seminars, charging P1000 per participant. He sells bucks (male rabbits), breeders, hutches, and other things needed to start a small (4-5 breeders), medium (20-50 breeders), or large-scale (50 breeders and above) rabbit farm. Packages start at P12,540 for six rabbits, six cages, a water feeder, a clay pot, and a water tank. 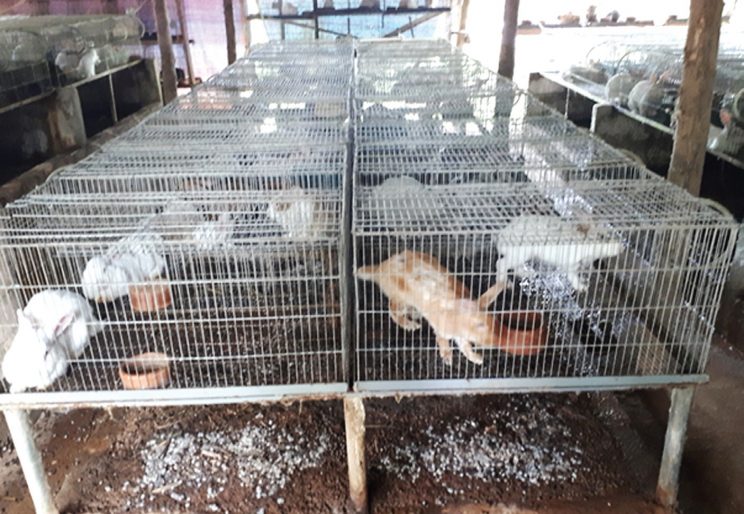 Breeding area with vermiculture set up below.

Menor computes that for every litter of six kits, with each kit sold at P250 at two months minus expenses, a rabbit farmer can stand to earn between P791.62 to P1000, depending on whether the rabbits get 100% pellets or a mix of pellets and available forage (grass and other edible plants). “Commercial pellets have a high protein content, which makes them grow faster. Grass has fiber, which is good for circulation, and that also helps them grow.”

Some of the backyard raisers who’ve attended have become his suppliers, helping him fill in the orders of his numerous customers. “Our deal is they’ll raise the rabbits and I’ll market it for them,” Menor says. “They’ll call me and say, ‘we have 30 head.’ They’ll deliver the rabbits and get paid. We do the selling and processing.”

And even then, he says that the supply isn’t enough. 90% of rabbit meat in Philippines is still imported, with much of its consumption centered around Chinese and Korean restaurants, although rabbit features in other cuisines, such as French, as well. Menor says that the most common question he is asked is how he can farm such cute animals, to which he answers, it’s all about conditioning. “You raise fancy rabbits for pets, and then there’s the commercial kind that you raise for meat,” he says.

He admits that the market still needs to be educated on thinking about rabbits as meat—it’s one of the reasons he holds seminars. “We used to think of rabbit as couture meat, only used in gourmet dishes and for special occasions,” Menor says, “Now you can see it in carinderias.”

Lady is up and about at 88 doing pleasure farming

Why are flowers are expensive?