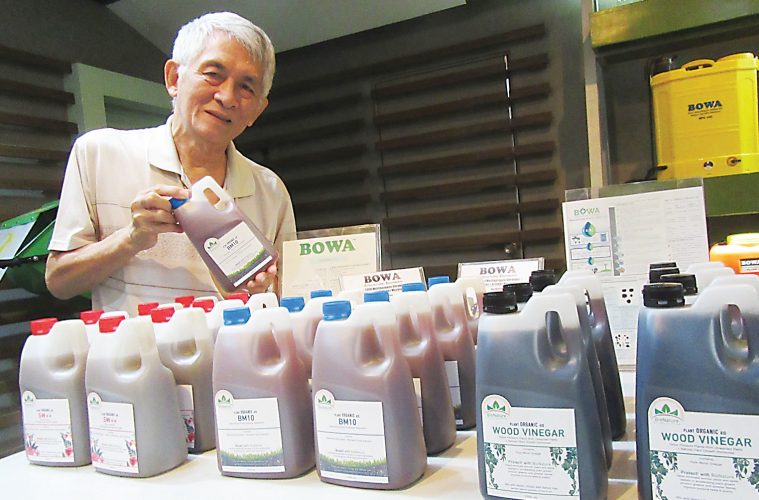 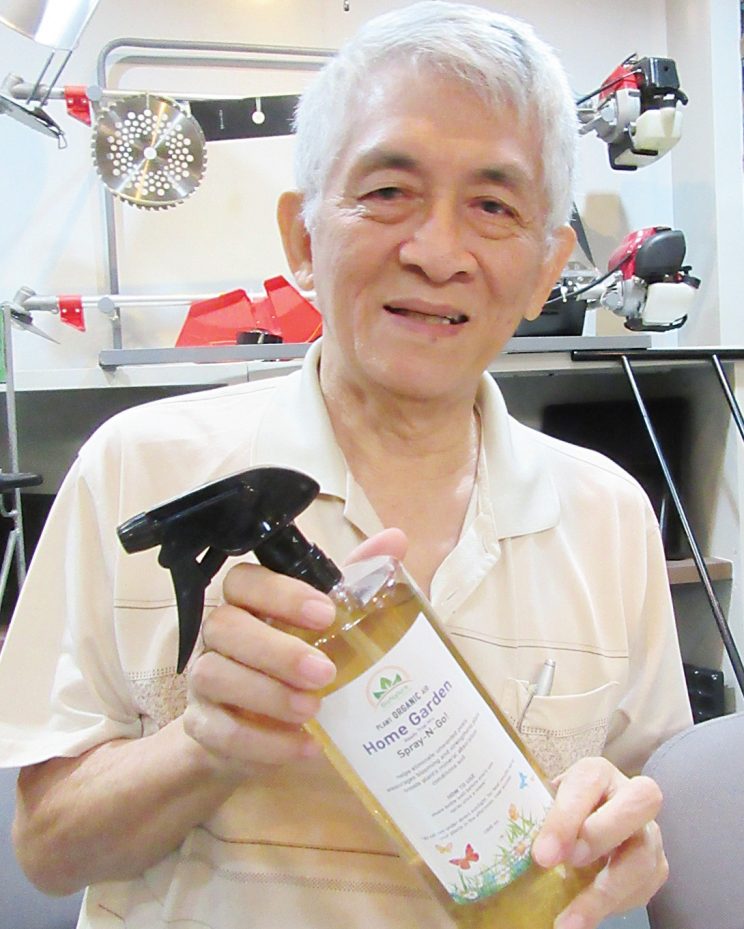 Caysing Tan holding a one liter sprayer of his BioNature cocktail which is just right for home gardeners with a few plants to spray. The cocktail stimulates fast plant gowth and also repels destructive insects.

Wood Vinegar, the third component of the cocktail, is an old technology widely used in agriculture in Japan and in a limited way in the Philippines. It is an organic substance that contains natural plant growth hormones and serves as natural repellant of pests and disease organisms.

Each of the formulations can be applied to the plants singly, or not in combination with the two others. This will result in good crop stand and good yield. However, the result is much better if the three are applied as a cocktail, sprayed on the leaves and in the soil.