What we grow, be it food crops or livestock, isn’t just what we eat–it’s also part of what makes up who we are. This is the message that chef Jam Melchor wants to send. The chef has been on a crusade to popularize Filipino food within the Philippines by setting it in the context of culture. “Other countries have a University of Gastronomy whereas here, it’s always an afterthought,” Melchor says in Tagalog. “We don’t give it importance.”

Food as a part of culture

The chef is a founder of the Philippine Culinary Heritage Movement (PCHM), former head of Slow Food Youth Network Philippines (SFYN), and a proponent, along with the Department of Agriculture, of Presidential Proclamation No. 469, proclaiming the month of April as National Filipino Food Month. “(Food) is part of our cultural identity. It’s important that people know where their food comes from, who made it, and where it was made,” he says. “The Slow Food Movement’s principle is food that is ‘good, clean, and fair,’ [meaning] traceability… the value of knowing where your food comes from.”

This is important because, as Melchor says, “In this age and time where you don’t know what’s fake and what isn’t, are we going to choose to be ignorant, even with our food?” 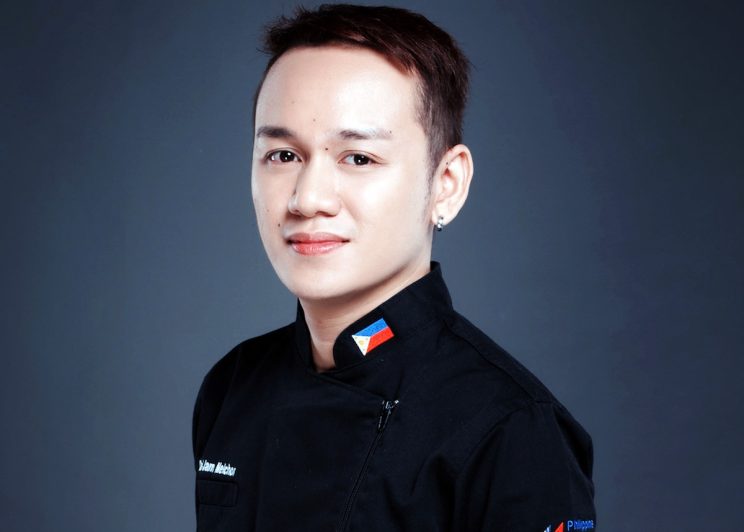 Chef Jam Melchor’s advocacy is to highlight the importance of cuisine in Filipino culture. This includes local agriculture, particularly indigenous species, which have their own distinct flavors.

Culinary literacy is part of food security, something that an agricultural country shouldn’t be worrying about, and yet our present reality tells us otherwise. “We are a big agricultural country. It’s funny that we have to import products,” Melchor says.

He talks about attending a sustainability summit in Europe where he learned that ‘their focus is not on exporting, but on working on what they have within the EU.’ “Their mindset is, ‘we have to support our local produce,’ and that’s what sustainability is for them,” he says. “For us, it’s a big deal if we get promoted overseas. We think it’s a key to industry growth. But what I’m noticing now is since the trend is towards sustainability, we have to start with ourselves first–we have to support our local agriculture.”

The importance of indigenous crops

Aside from heirloom recipes and regional specialties, Melchor discussed the value of planting and eating indigenous crops. “If we don’t talk about them, they will die. No one will plant them. If you don’t create a demand, no one will buy. No one will plant them,” Melchor says. “Our heirloom ingredients shouldn’t disappear. They’re part of our food culture. Take rice, for example. They have 360 plus varieties in the Cordilleras, but how many are being grown now? It’s sad, and not everybody knows the varieties that we have. And if we stop talking about it, they’ll disappear and part of our culture will die.”

He admits that this is not a mindset that’s easy to change, especially in a country where a large part of the population struggles with getting any food at all. “It’s a big challenge because the regular Filipino doesn’t care about what variety they’re eating. Their biggest concern is hunger… That’s where we come in,” Melchor explains. “We educate people. We inspire the youth (and help them realize) that we have choices.”

He adds, “I was just like that. I didn’t know anything. I learned through experiences, through travel and meeting people in conferences. I think education is number one. If no one teaches, no one learns.”

Aside from organizing Filipino Food Month, PCHM organizes taste workshops primarily geared towards helping students discover Filipino cuisine. SFYN organizes an annual World Disco Soup Day, which aims to highlight food wastage. “We have no right to waste food in a country where so many are starving,” Melchor says. “Filipinos are good at eating from nose to tail; we just have to reaffirm that this the right way to go about it… and correct our wrong practices.”

Local is the new premium

Thankfully, more people are agreeing with Melchor’s sentiments. There is a growing movement towards valuing traditional Filipino-made items, including regional cuisine, local textiles, and the like. “Local is the new premium,” Melchor says. “We hope to see this in food –support local entrepreneurs or producers. If you’re used to the supermarket, try going to the wet market. Start with simple things because we want to address hunger and food waste during these critical times.”

The chef is optimistic about his advocacies. “It’s great that more people are becoming advocates of Filipino cuisine, and now farmers are becoming mainstream—they’re learning to market their own products.”

At the end of the day, our taste buds will turn to what we grew up with—our food, our culture—and their availability will depend on our local farmers. “Support our farmers, [support] local agriculture, and don’t tire of eating Filipino [food],” Melchor says. “At the end of the day, whatever [international cuisine] you’ve eaten, [Pinoy] comfort food is still what you’ll be craving.”