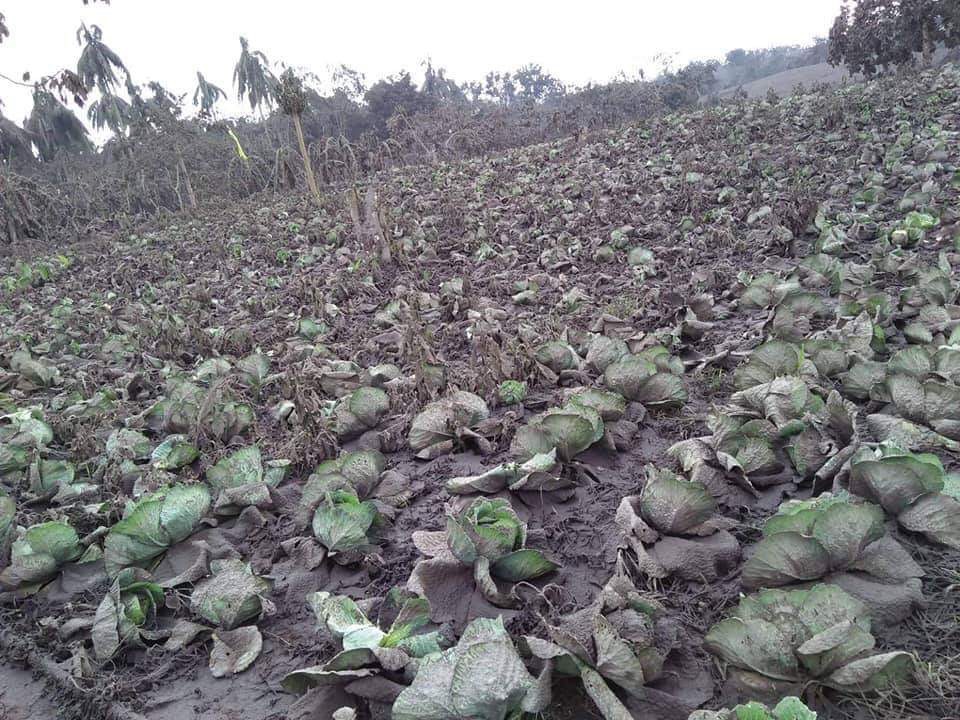 The eruption of Taal Volcano last January 12 has displaced many lives and has put the area on high alert, as the volcano spewed ash that reached as far as Northern Luzon. Around a million residents have been evacuated from nearby areas and there are efforts to rescue animals stranded on the volcano. Alert level 4 has been declared by the Philippine Institute of Volcanology and Seismology (PHIVOLCS), with alert level 5 indicating an eruption.

Nearby farms have been adversely affected by the ashfall. Raphael Teraoka Dacones of Teraoka Family Farm took to Facebook to express his sorrow on how the eruption of Taal Volcano and other natural calamities impact the livelihood of our farmers and fisherfolk.

He also attached some photos of crops from a friend’s farm that were covered with ashes.  In the last part of his post, he called out to everyone to send help to affected Filipino farmers. 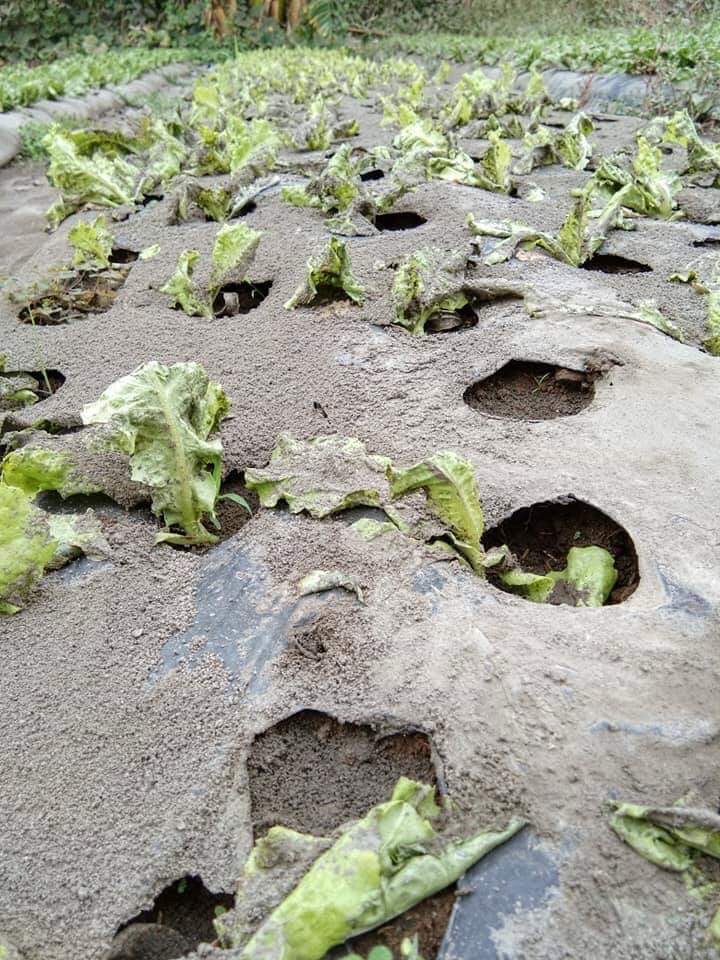 “When natural disasters strike, it is not only people, homes, and animals, that are affected. It is also livelihood,” he wrote.

“While my farmer friends are safe which is of first importance, it is heartbreaking to see what they have to come back to. This is an example of months work that now can’t be salvaged. Despite this calamity, they are eager to get back on their feet and do this all over again.” 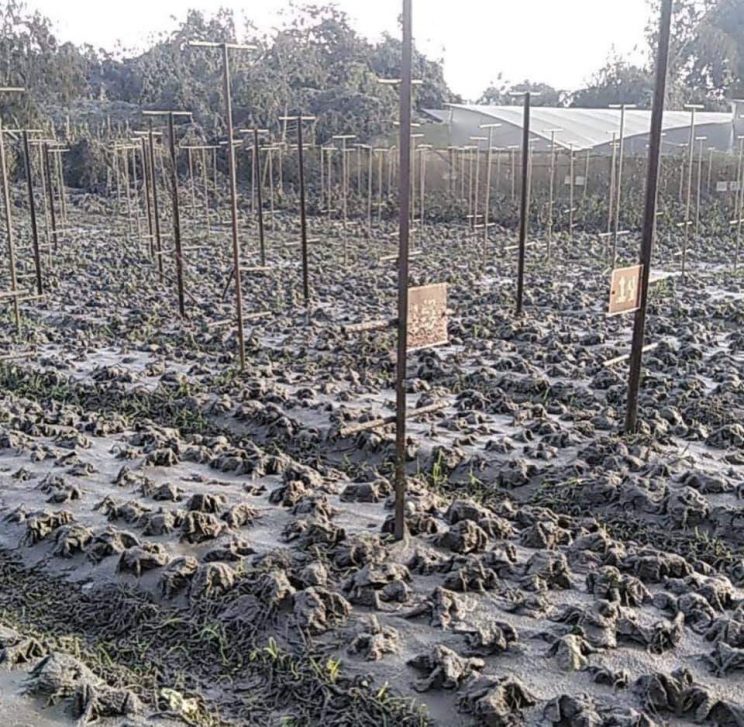 When natural disasters strike, many farmers lose everything and oftentimes have to start from scratch.

“Farming is not glamorous. It is coupled with blood, sweat, and maybe what people don’t know that most people who choose to do farming don’t choose to do it for the money. Produce is always weather dependent, it’s always a risk, it’s always a gamble. This is why you can find less and less farmers in this modern day. After all, who wants to do the dirty work? One thing we can tell you is that it’s passion that keeps farmers going. So tell me where your food comes from? Have you ever wondered how our ever growing population would survive without the food supply? Thank these farmers for their passion to feed the nation, to feed you.”

Dacones says that something like this could happen to any farmer, and appeals to those with resources to help affected farmers get back on their feet.

“It may not be me hit today but please thank a farmer today by donating whatever you can to get back on their feet. Be it, seeds, organic fertilizers, organic feeds. I’m sure they’ll appreciate any head start as they start from nothing (after months) all over again.” 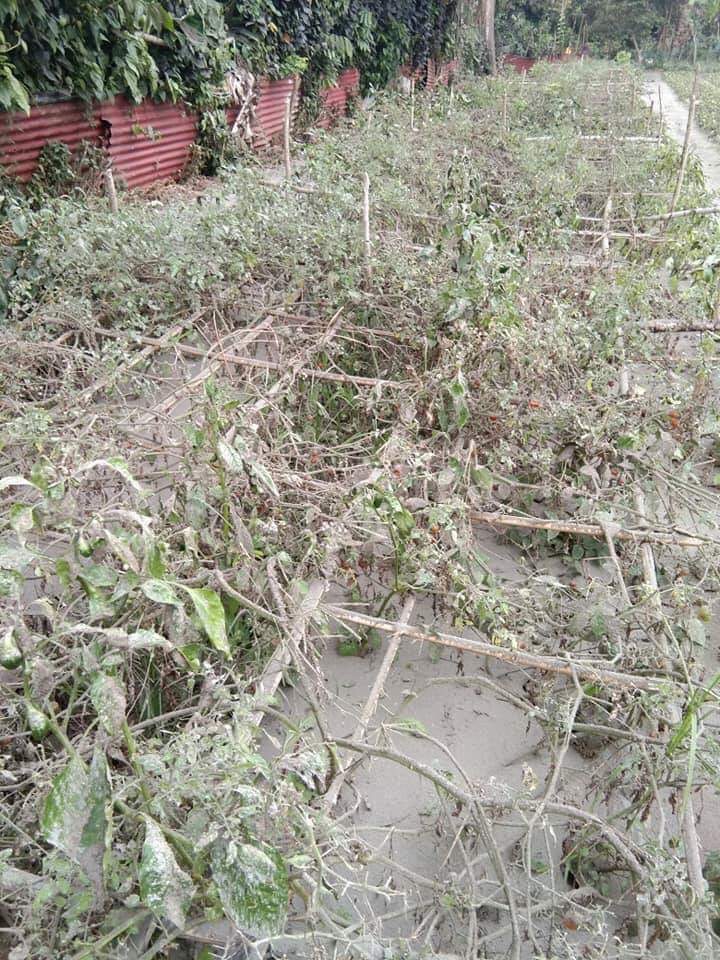 It’s not only humans and animals that are affected, but plants and livestock as well. Now, more than ever, local farms and farmers need the support of the Filipino people. 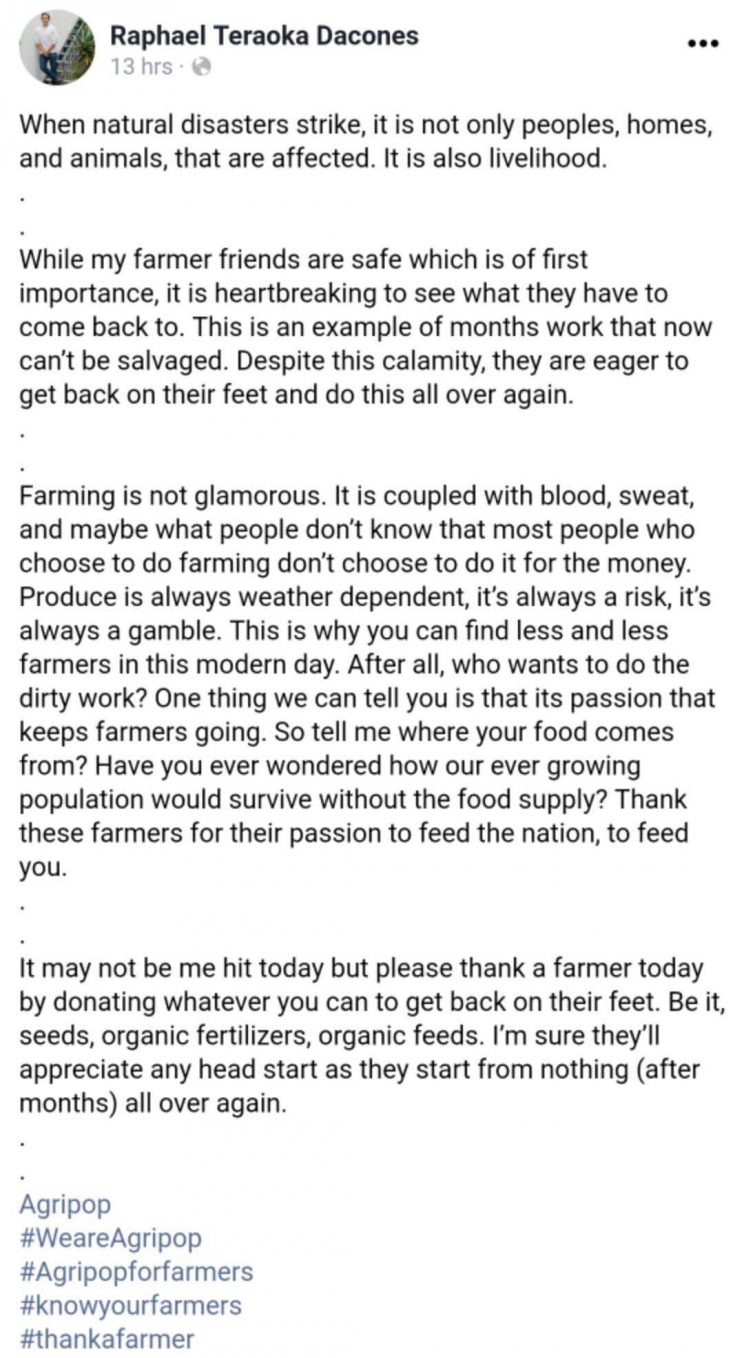