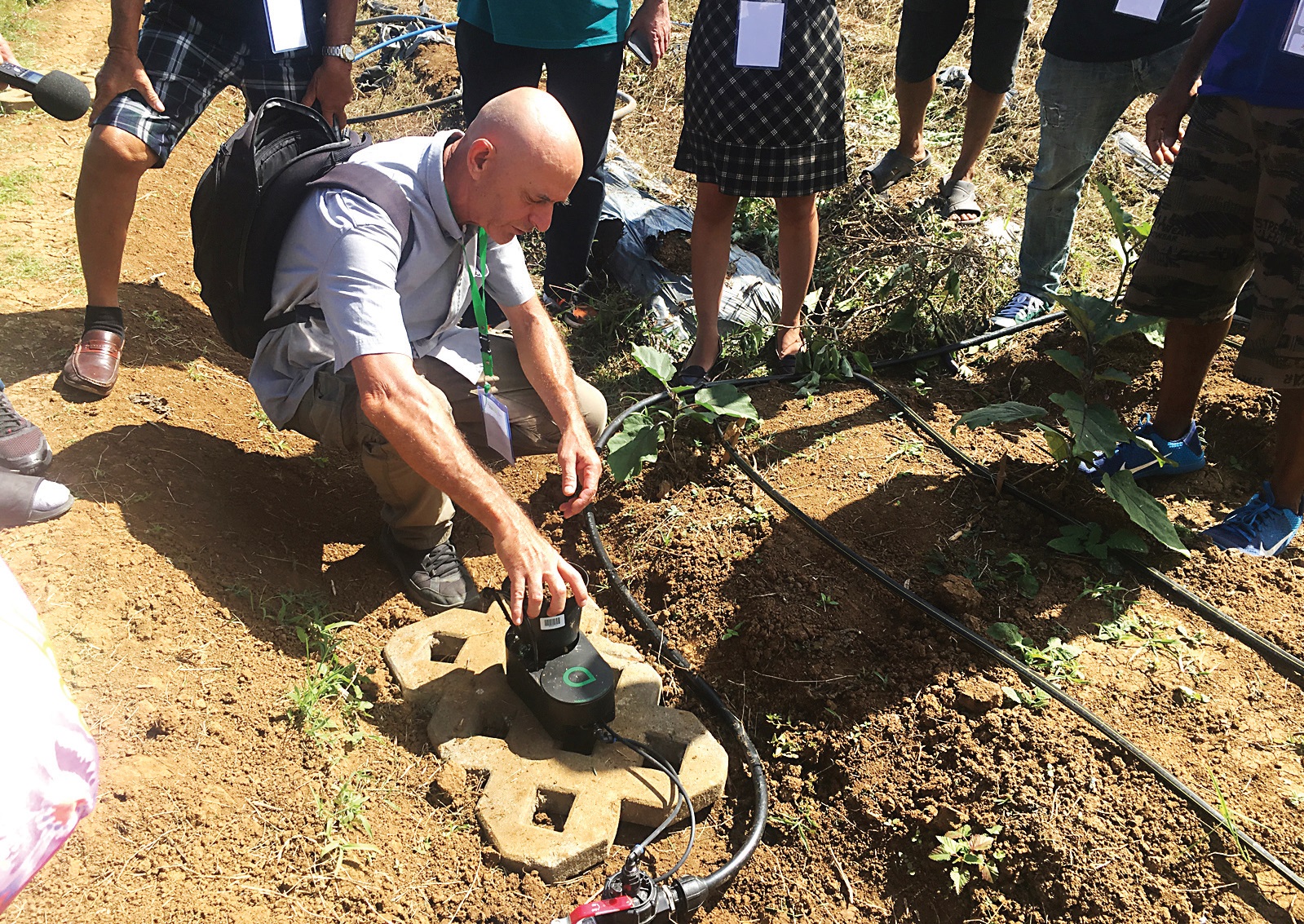 Irrigation can be important to crop health, but it can be expensive and when implemented poorly, can result in wastage. A Frenchman has invented a nonelectric smart irrigation system that may solve these problems. Bernard Balet, in cooperation with Gawad Kalinga Enchanted Farm (GKEF), introduced Aqualone, which Balet describes as “a low tech, low cost water saving irrigation controller that works without any energy.”

The system is controlled by the weather, using evaporation and magnetic power instead of electricity to control the flow of water. “Electricity is expensive and not viable everywhere. For remote countries, a system like Aqualone, which is totally autonomous, will result in energy with no settings, no programming, no special particular knowledge. It can be used [in] remote countries,” Balet says. “We provide this system cheaper than any electronic controller. It’s a local system viable for most farmers. To install it [is] very simple. All they need is pressurized water. It can be a tank at least five meters upper level which means 0.5 bar.”

How the system works

The heart of the system is a plastic or porous pilot pot that “represents the needs of the local elements exactly,” Balet says. “The only setting is the amount of water we will give to the plant according to [its] particular needs.”

Inside the pilot pot is a valve and a float, to which a magnet is attached. “The magnet is permanent power [and is] able to open a magnetic valve. The magnetic valve is a pilot valve which can activate the main valve. When the float is in the opening position, it opens the main valve, which allows water to flow, activating irrigation. “The system is self irrigated. Drainage water comes to that compartment, lifts up the float, and stops the cycle,” Balet says. When the water evaporates, the float lowers, starting a new irrigation cycle. “No electricity needed, no computer needed, no programming, nothing,” he adds. “It’s a low cost, low tech device.”

The system has been tested in several countries, with positive results. “The worst condition was in South California, also [in] Nevada, the Sahara, and Senegal,” Balet says. “The results were just magic because the farmers… have been able to grow tomatoes in the sand of the Sahara just using drip irrigation and our climate controller.”

Balet hopes that his system will be able to help Filipino farmers, not just by providing affordable irrigation that can save up to 70% of water normally used, but also frees up time so they can concentrate on other aspects of the farming process.

“A system like this one gives water according to the daily need. The plants grow stronger and the production increases without chemicals,” Balet says. “Because the plant is stronger, it can also fight disease attacks [resulting in] better production, less chemicals, and an easy way to liberate labor because it takes a long time to irrigate manually. The farmer’s got free time to do something else.”

Aqualone was introduced during Barangay Walang Iwanan 2019, a joint effort between Gawad Kalinga, French platform Convergences, and French NGO ACTED. Balet is currently working with GKEF on educating the farmers on the system and adapting it to local conditions.