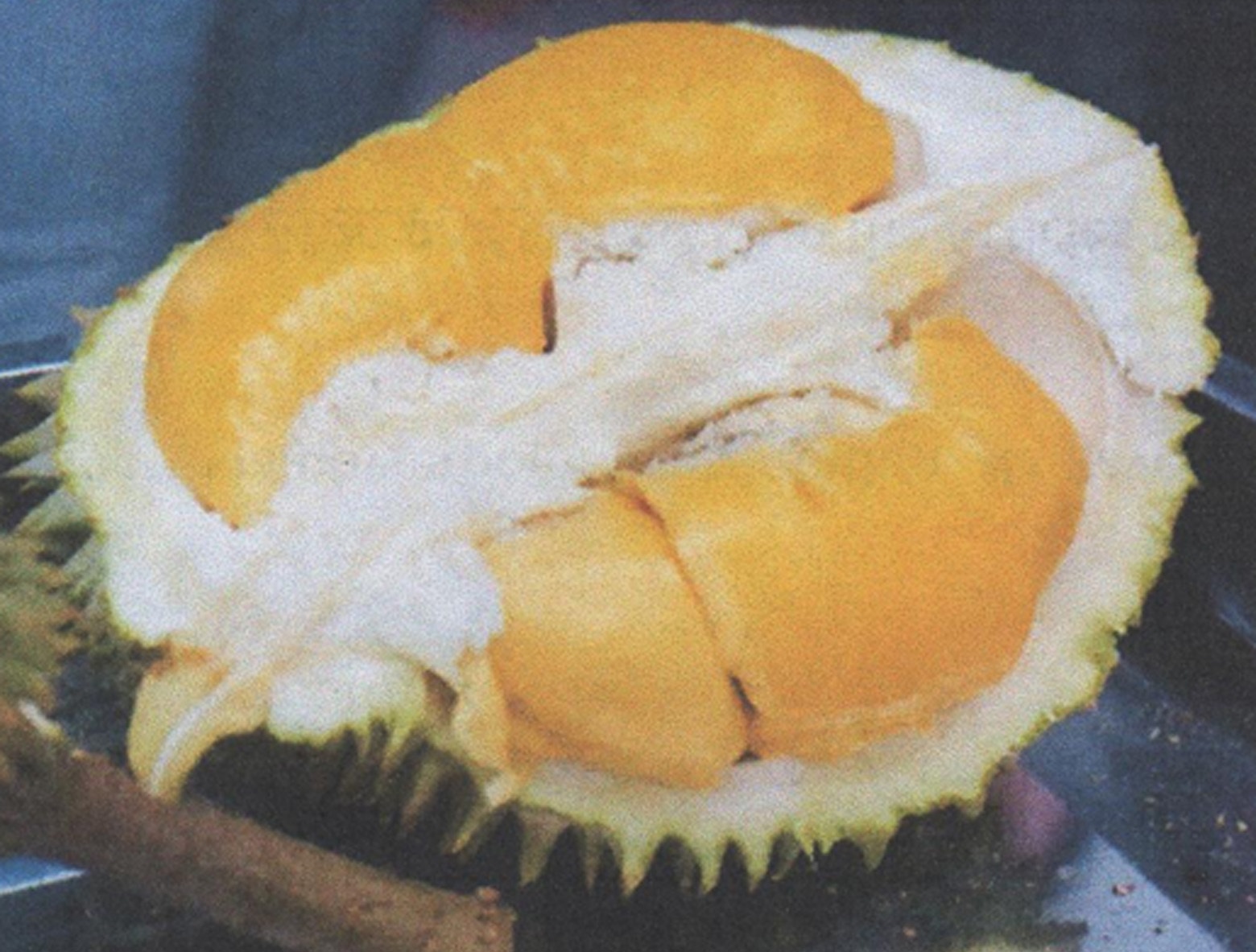 Durian is the king of tropical fruits and Musang King is the king of durian! The official registered name of Musang King is D197. Since its release as a variety in Malaysia in 1997, the fruit remains unbeatable due to its amazing flavor, with a rich pungent aromatic flesh which literally lingers in the mouth that makes many new durian eaters fall in love with the fruit. The smell of Musang King fruit is inviting and not offensive, as with other varieties. Many new durian tasters wish to be left alone to personally savor the flesh of the whole fruit, which averages 1.5 to 2 kgs. Any durian convert would be willing to pay twice the price for Musang King over the price of the Puyat variety, which is known as the best in the Philippines. The fruits of Puyat produced at TPFN in the lowland of Kabacan and in the higher elevation at the slope of Mt. Apo in Magpet, Cotabato are no match to the taste of the fruits of Musang King.

It enhances the value of processed products

Durian is generally consumed as fresh fruits. In the Philippines, if the fruits are not consumed fresh, they are processed into durian candies, ice cream, coffee, etc. at a lower income. Not with Musang King! Fruit processors in Malaysia, Singapore, China, Japan, and others process Musang King as component of ice cream, cakes, coffee, chocolate, etc. to increase sales at a much higher price for a bigger income and profit. Observations carried out by this author in Malaysia on November 16 to 18, 2019 showed that Musang King coffee, chocolate, ice cream, and other processed products are sold more than twice the price of other similar products. Musang King wine is emerging as the best fruit wine. For these reasons, Musang King tops other varieties in the preference of China for import to that country from Malaysia thereby dislodging the best from Thailand – the fruits of variety Monthong. 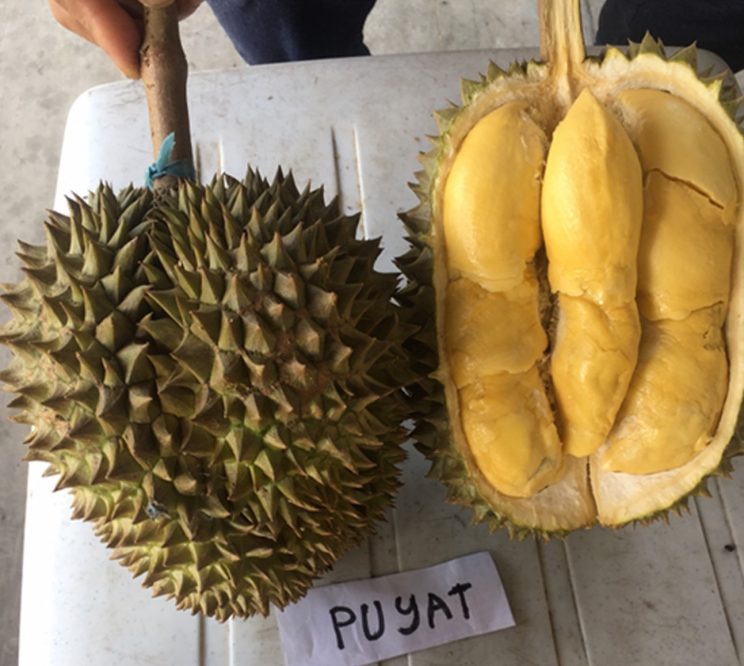 The fruit and flesh (edible portion) of durian variety, Puyat.

Durian fruit production is generally seasonal, except that some varieties like Musang King produces off-season fruits which are more expensive than the on-season fruit. In Malaysia, the season of fruit harvest is from June to July. Yet during my visit to Kuala Lumpur, Malaysia in November 2019 I still found many Musang King fruits in the market. In the Philippines, the season of production is from August to September. Excitingly, our few trees of Musang King flowered in early October with expected ripe fruits in February 2020. Almost all the fruits are now reserved by those who have tasted the fruits in Malaysia, Singapore, or Thailand.

It outlives trees of other varieties

In the past, many farmers were discouraged to plant durian as the trees don’t last long. For example, the durian variety like Arancillo produces good fruits but the trees soon die after three to four fruiting years. Musang King trees are different. The trees produce fruits in three to four years and live long – for three or more generations from grandparents to grandson (Fig. 4). We planted almost all the recommended varieties of durian from Malaysia and Thailand in our Magpet farm in 1997. The durian farm of eight ha was practically neglected between 2003 to 2010 as our concentration was on oil palm production. Plants of many durian varieties died, but all the Musang King trees survived. Musang King can be planted for retirement and for the next generations to enjoy.

It is a life status changer

Just as any other high value tropical fruits like mangosteen, longkong, Magallanes pummelo, and others, the production of Musang King can change the small farmers’ status. Studies show that when small farmers shift from owning one to three hectares from the cultivation of low value crops like rice and corn to modern durian production practices including the planting of Musang King, the standard of living of farmers is pulled out from poverty into the middle class and above.

Jelfarm exports 13 to 15 tons of okra every day