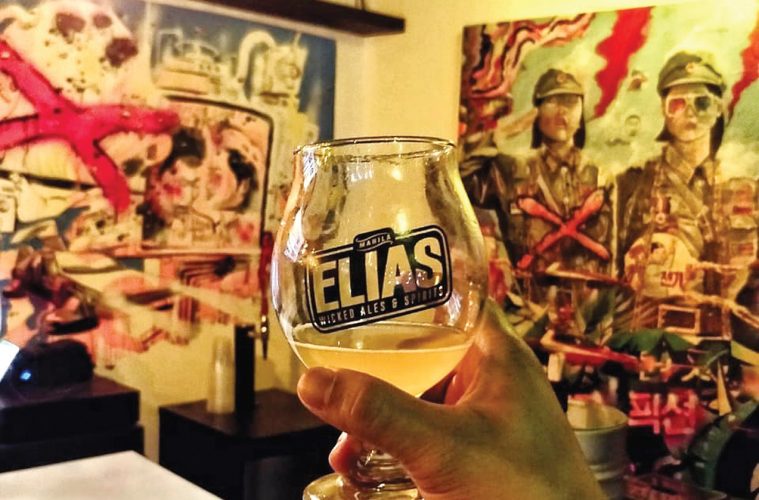 Raoul Masangcay, founder and head brewer of Elias Wicked Ales and Spirits, a microbrewery based in Quezon City, seeks to create a name for itself in the beer industry with local produce by exploring the different, and somewhat uncommon products that can be made from them.

Aside from the beer that they brew on site, Elias Wicked Ales and Spirits offers different varieties such as strong ciders made from mangoes, as well as custard apple (guyabano), which Masangcay plans to export.

“I believe that we have the best mango in the world and we have to showcase that. Most of the foreigners are buying our dried mangos so why not make an alcoholic beverage out of it. That’s the reason why we have the mango and the guyabano [ciders],” Masangcay said. 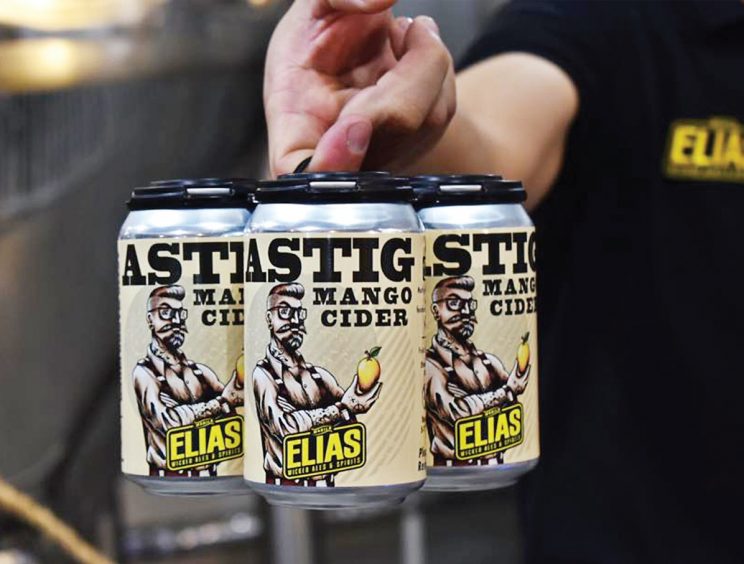 The two ciders, dubbed Astig for the mango cider, and Hanep for the guyabano cider, are some of the brewery’s bestsellers and are available in cans and bottles.

He added that exporting is also a way of distinguishing the Filipino brand among the other craft breweries in the United States, Canada, Australia, and in the United Kingdom.

“These countries are really making good quality craft beers; however, they don’t have the best fruits, so we try to use that and make our name from what we have here at home,” Masangcay said.

How he got into the craft

Masangcay’s interest in craft beer came from his adventurous side when he was in college. He wanted to try the different types of the alcoholic beverage that was available in most stores.

“I even tried to distribute craft beers here in the Philippines because I lived in Singapore for five years and that’s where I was exposed to craft beers,” Masangcay said.

His exposure to different types of craft beer is what inspired him to move back to the Philippines and start his own brewery. Currently, Elias Wicked Ales and Spirits has two running breweries which are located in Quezon City, and in BF Homes, Parañaque.

Following its goal of promoting local, Masangcay said that the brewery is named after the character Elias in Jose Rizal’s famous book Noli Me Tangere, to keep the brand close to Filipino roots.

During the first ever Manila Coffee Festival held at the World Trade Center this year, Elias Brewery debuted a signature alcoholic drink infused with the rich flavor of coffee. “The coffee IPAk is a fusion of IPA beer and coffee beans from Sagada, Mt. Province. We use 100 percent Arabica and we worked with the Sagada Coffee Science Center for the type of coffee that we will use for the beer, which is bitter. We’re trying to highlight the bitterness of both the IPA and roasted beans,” Masangcay said. 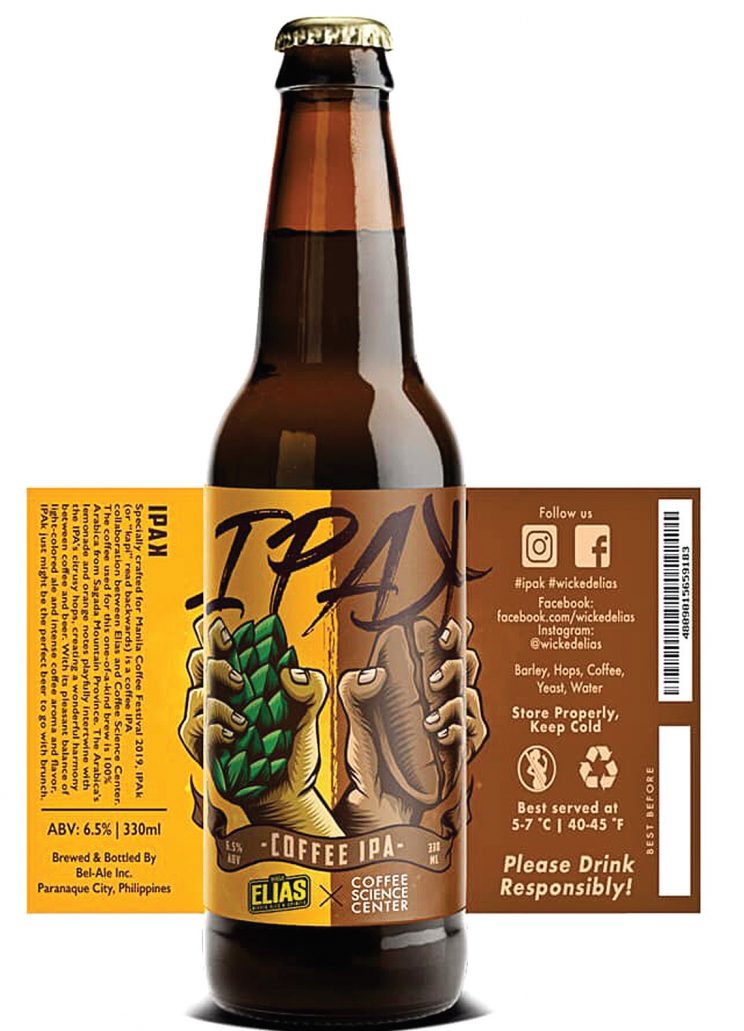 “IPAK,” read as kapi backwards, is a coffe-infused beer born out of a collaboration between Elias Brewery and the Coffee Science Center. (Photos courtesy of Elias Wicked Ales and Spirits)

He worked with Enzo Lim, a seasoned and well-known bartender and coffee roaster, to make the recipe. India Pale Ale (IPA) is a common variety of bitter pale ale. It originated from England but is brewed and sold all over the world.

Masangcay admitted that it was his first collaboration with local farmers since the brewery opened in 2018.

“When I talked to them during the coffee festival, I was really happy to meet them. They know the product, they can taste it, and it’s like they are used to tasting their coffee. But now in an IPA, in a beer, with alcohol. It opens their mind that there are other things where coffee can be used,” Masangcay said.