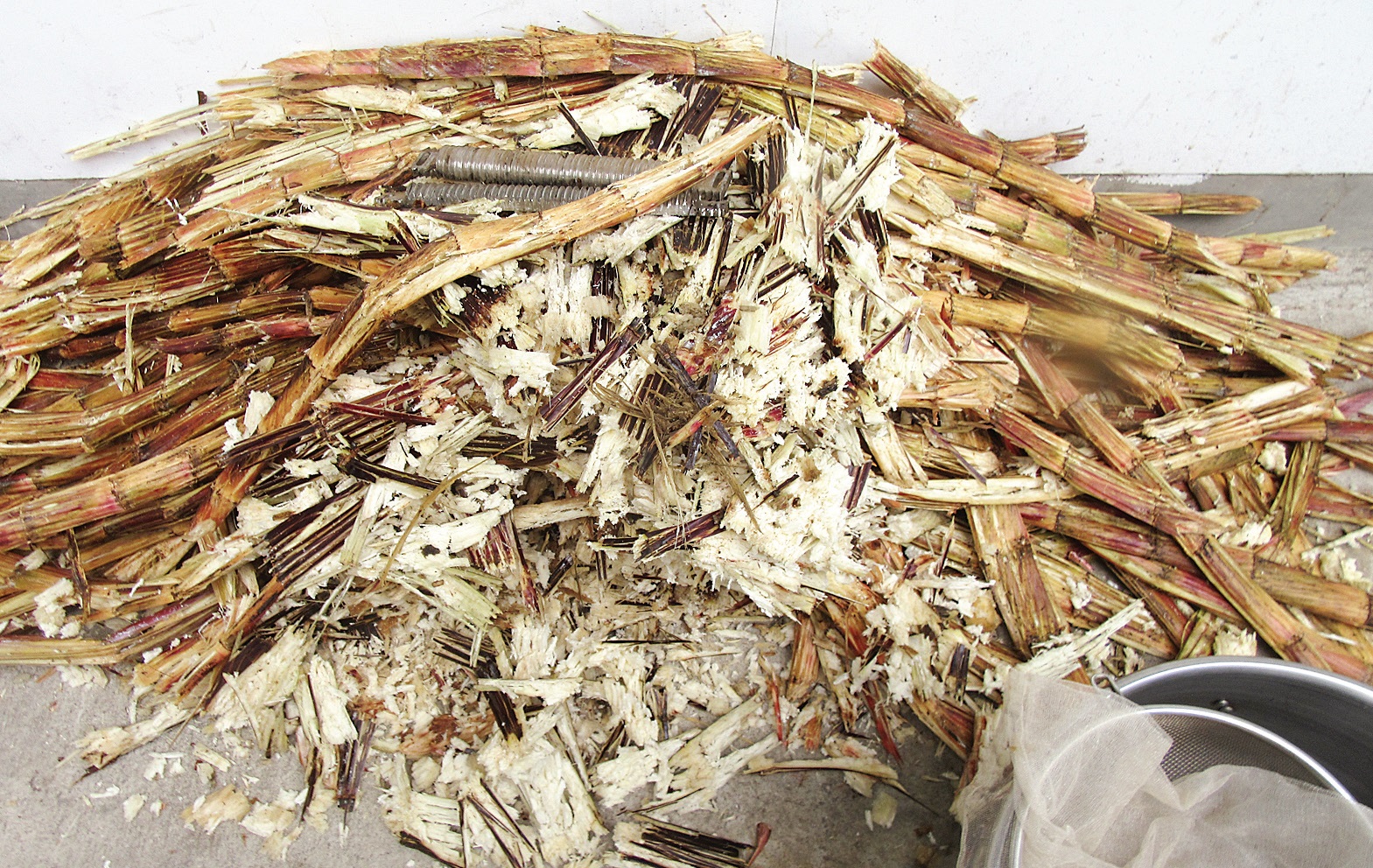 Ramon Uy of Bacolod, who is into fabrication of various machines that include shredders, essential oil extractors, threshers, and more has a sharp eye for opportunities in agriculture. This time, he has come up with a complete module of a muscovado sugar processing facility highly suitable for the village level.

He had imagined that the smallholder farmers like land reform beneficiaries who plant sugarcane can make good income by producing organic muscovado sugar which commands a high price in the local, as well as in the export market. Japan, Uy said, is a good potential market for organic muscovado sugar. Locally, muscovado sells for P100 a kilo.

The muscovado processing facility is high-class. It is equipped with a crushing or juicing machine that can extract maximum juice from the canes. The cooking equipment, crystalizing table, scrapers, and other utensils are also stainless steel. 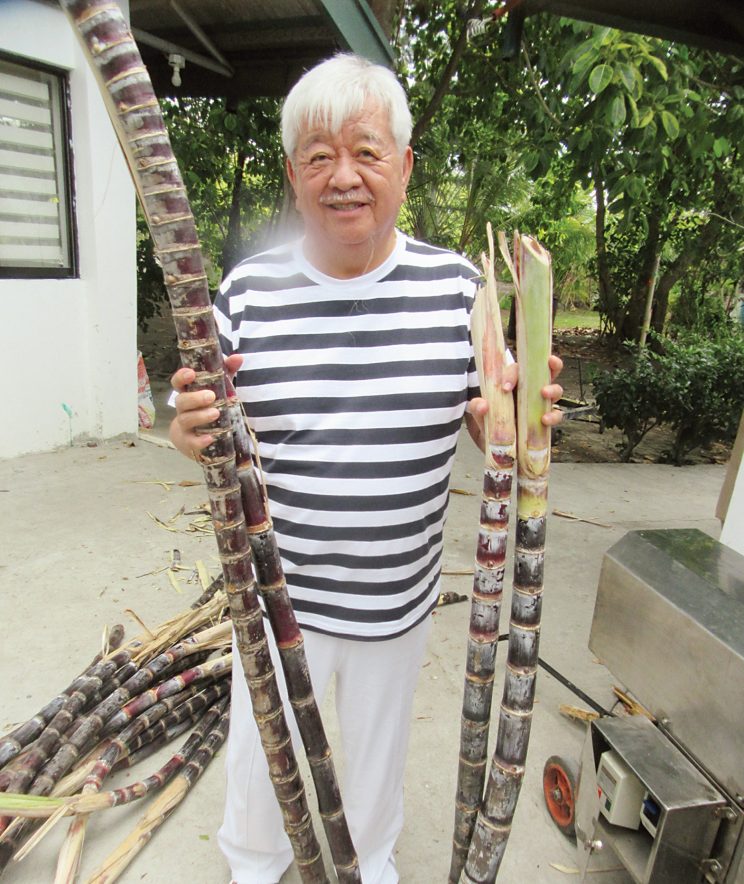 Ramon Uy and canes for crushing.

So far, several agrarian reform areas and other customers in Negros and Cebu have availed themselves of the modern muscovado processing facility for the benefit of their beneficiaries. As part of their strategy to help the farmers produce muscovado sugar throughout the year, the DAR has come up with a block farming scheme, where at least 30 hectares or more are planted to sugarcane by members of each block or cluster.

The planting could be staggered so that at least five tons of canes can be milled and cooked into muscovado sugar each day. That will mean 30 tons each week, operating six days a week. An individual farmer may opt to use the facility to produce his own brand of muscovado sugar during a certain period. This means that he could keep the profit for himself, especially if he already has a sure buyer for his product.

In the past and up to now, the technique of muscovado production is often kept secret by old time makers. When Uy tried to get the formula from makers in Antique, his team was not given the exact formula. It was just a matter of judging the appearance of the syrup being cooked, which could be difficult to determine simply by looking at the syrup sample and observing how it drips down.

Through their own scientific research, led by a PhD in food science, Ramon Uy’s team was able to determine that it is best to harvest the syrup for crystalizing when its temperature has reached 120 degrees Celsius. A temperature gauge is used to take the temperature. The resulting muscovado sugar is flowable with fine grains. It is science-based, says Uy.

Uy said that the small sugarcane planter who makes muscovado will make a much higher income than when his cane harvest is milled by the big sugar mills that produce white sugar. Usually, one ton of canes milled by the big sugar mills will produce two 50-kg bags of sugar worth P2,800 at current prices. The sugar mill will have a cut of 30 percent so the farmer will end up with a gross income of about P1,960. If you deduct the cost of production per ton, which is about P1,200, the farmer ends up with P760 per ton. If the farmer will make his own muscovado, his profit could be double.

William Borca, who heads the organic food products unit of RU Foundry says, that it is very easy to make muscovado sugar with the facility fabricated by his boss. Fuel is not a problem because the bagasse is used for cooking, along with some farm wastes.