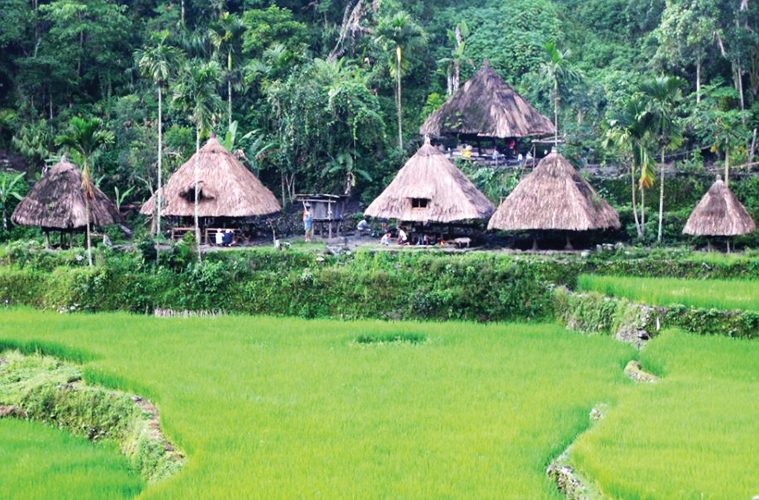 The Banaue Rice Terraces are located in the mountains of North Central Luzon and are composed of a system of irrigated rice terraces created by the Ifugaos some 2,000 years ago using only basic tools.

In 1995, several sections of the terraces were named a UNESCO World Heritage site.

To date, it is still home to a number of Ifugao villages who practice rice farming in different areas of the terraces. 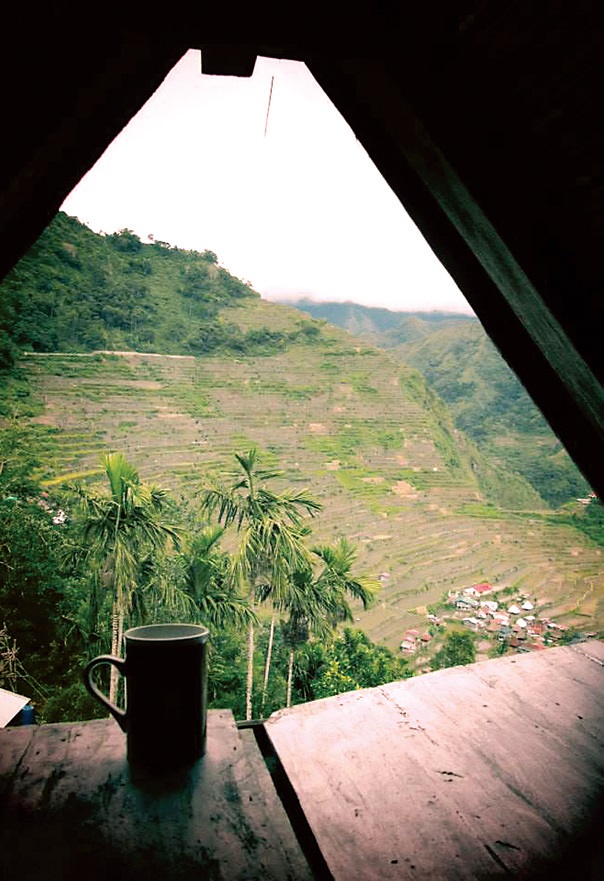 Visitors can enjoy the view of the Banaue Rice Terraces from the traditional lodges.

Raymond Macapagal, an assistant professor in the University of the Philippines, has always been enamored with the rice terraces and the culture that revolves around it, especially the Ifugao native houses.

This fascination prompted him to start the Batad Kadangyan Ethnic Lodges Project, an advocacy that promotes the local culture and tourism.

“Most people focus on the terraces because it’s just there, but the project is more focused on the native houses and restoring them,” Macapagal said.

For P350 per person, tourists can spend a night inside the traditional houses whose restoration Macapagal has spearheaded.

Aside from providing shelter, the native houses have a deeper purpose—Macapagal explained that the architecture of the house plays a role in preserving the rice harvested from the terraces.

As opposed to the usual “bahay kubo” idea that most people have, the Ifugao native houses are raised from the ground on four strong poles that serves as the foundation. Access inside can only be gained through a ladder which can be moved to and from the entrance.

Inside the house is a singular space which can be used as a bedroom, dining area, or even a living room, depending on the needs of the resident.

The feature that makes the ethnic houses unique is the attic, where the rice is kept safe, especially during the rainy season.

“It’s important in the [Ifugao] cultural landscape because it’s not just a living area, but it is where they keep the rice as well,” Macapagal said.

He explained that each part of the house has a specific function that keeps both the dweller and the rice safe from harsh weather conditions and the threat of pests consuming the rice or other goods inside.

Living a day in the life of a Batad farmer

Since the natives in Batad still practice rice farming, Macapagal thought that there could be a way for them to earn money while they go about their daily lives.

To help in their livelihood, local farmers also serve as guides for tourists who want to spend a night in the traditional lodges or even experience what it’s like to be a rice farmer in the terraces. 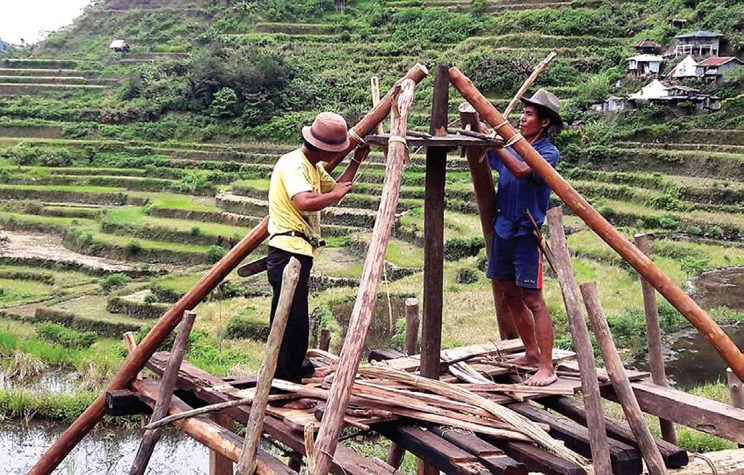 Natives of Batad, Ilocos Norte built the traditional lodges to promote tourism in their area, and to show visitors their rice production processes.

“Farmers still go about their daily lives, but the difference is that they involve the tourists,” Macapagal said.

The journey won’t be limited to seeing the Banaue Rice Terraces alone because travelers can partake in regular activities that the rice farmers engage in. They can pound, plant, or harvest rice, depending on the season. Traditional bonfires can also be a part of the experience.

Aiding in the subsistence lifestyle

Other than providing shelter, the Batad Kadangyan Ethnic Lodges Project also serves as an avenue for the natives of Batad, a province in Banaue, to earn extra income. Macapagal explained that most of the work was done by the locals in order to involve them in the project.

“So they could have the means also to buy their commodities because they practice subsistence farming where they mostly rely on the rice and camote crops that they grow,” Macapagal said.

Subsistence farming is a form of farming where most or all of the crops are used to provide for the farmer and his family.

Since the natives also serve as tour guides, Macapagal acts as the middleman who connects the travelers to the farmers by means of communicating and negotiating terms for both parties.

He hopes that through his initiative, more people will become more interested in the culture of the natives and the many things it can offer for us.