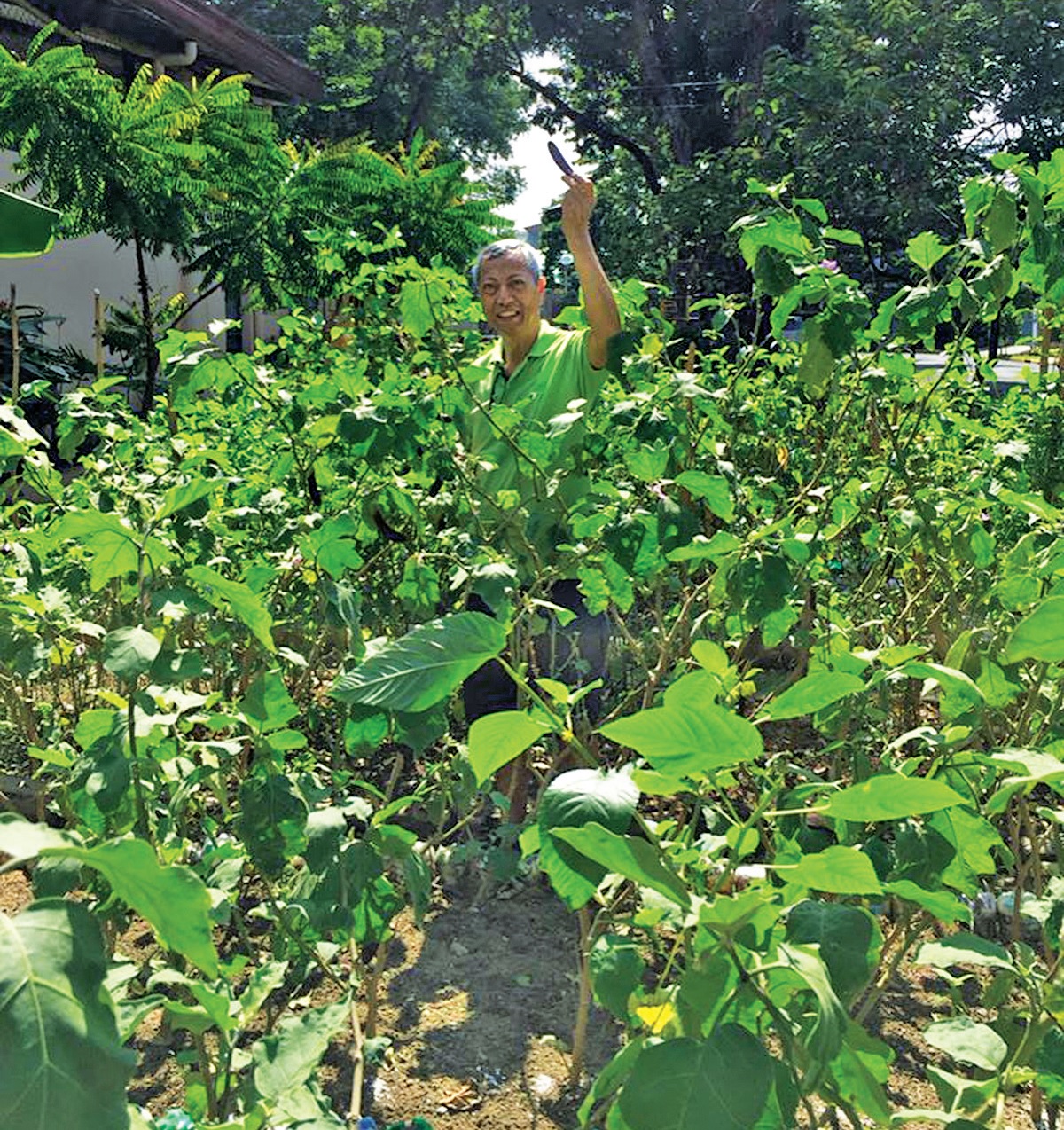 Farming has always been associated with rural living. This is the reason why a farm is probably the last thing that comes to mind when we think about a city like Makati, the country’s thriving cosmopolitan and bustling financial hub that houses many premier business spots like financial institutions, corporate offices, and shopping districts. What more if it’s one of the city’s most luxurious villages that we’re talking about?

Nowadays, more and more cities and communities are willing to work on what needs to be done in order to address the issue of food security. And Magallanes Village is not falling short in terms of that. The village does not just house many of the metro’s elite, but also thriving urban farms.

From empty to plenty

During the latter part of 2017, Ricky Galeste, a sexagenarian businessman, was given permission by the Magallanes Village Association (MVA) to utilize a portion of a spare lot in the village park to serve as an initial garden site for the ecology ministry outreach program he was involved in. 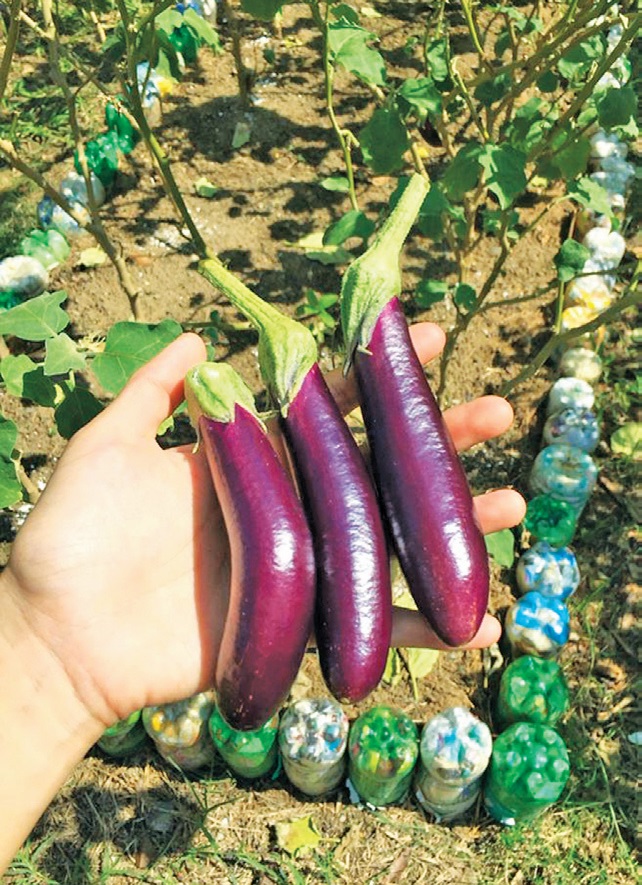 According to Ricky, it was a project that he wanted to start as he has always been inclined to garden. He has been weekend farming since the late 80’s on the farm of his in laws.

In 2018, in a project tie-up with Barangay Magallanes, his group were also given access to a property right beside the sewage treatment plant of Manila Water. The property was being used then by the barangay as a Material Recovery Facility (MRF) area.

Galeste, with the help of village personnel and some residents, have successfully prepared the vacant lots for farming.

They installed raised beds for their vegetables using eco bricks as partitions for the pechay, talong, okra, ginger, alugbati, and ampalaya plants.

Aside from edible produce, they also grow medicinal plants planted in five-gallon recycled water bottles. Along with these are crops like camote spread out on one side.

As they aim to grow the produce naturally, they also make their own natural fertilizers and pesticides that are usually made from garlic and chili.

The variety of produce that they grow heavily depends on the season. Last summer, they planted tomatoes and lettuce. They mostly select plants that will thrive well during the current season.

Along with his previous farming experience, what urged him to start the project was his intention to share the importance of sustainability to his community.

“I have always believed in sustainability by having your own pocket garden. A dream of mine to be able to introduce and spread it to the community has always been in the pipeline,” he said.

Aside from the benefits one can reap from having a pocket garden, he sees it as a way to bring the community closer.

Since their village parish has an existing Basic Ecclesial Communities (BEC) program, their community is divided into different sectors.

He has always envisioned that gardening would bring people of different sectors together by having each sector grow a particular vegetable that they can barter with other sectors’ produce, allowing the entire community to grow closer and build connections with each other.

Although the endeavor is led by Galeste, other residents do not fail to contribute to the success of the urban gardens. 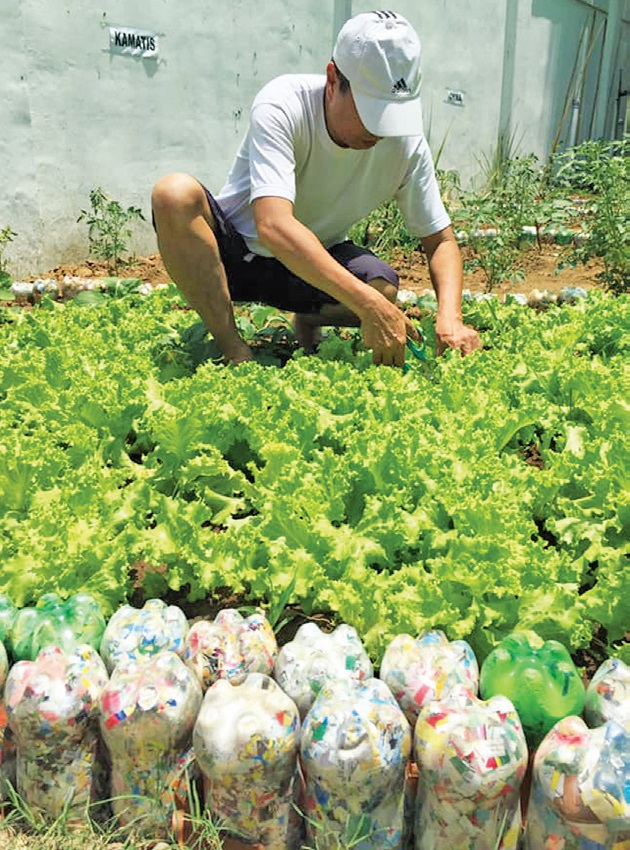 Lettuce grown on plant beds made from ecobricks that were donated by the villagers.

Residents are required to collect their food waste in a covered pail which is turned into compost. They see the act as killing two birds with one stone as by doing so, they can put the waste to good use instead of throwing them into landfills and at the same time, they can consume organically grown food.

Association personnel play huge parts as well, as they are the regular caretakers of the urban garden that is located in the park, while barangay officials are the ones in charge of overseeing the garden in the MRF.

National Service Training Program (NSTP) students from a university within the village also help out every Saturday. A girl’s club from the village parish also often lend their time. The volunteers have also come up with a sort of ‘schedule’ of who is going to be in charge of the gardens.

The barangay officials and association staff watch over and clean up the garden on a daily basis, and when necessary. They also tend to the watering of the vegetables, composting, and rainwater harvesting.

Meanwhile, on a weekly basis, the NSTP students come in to weed, fertilize, and spray organic insecticides when needed.

Challenges of a community garden

Although it is a given obstacle when farming in the city, the main challenge that the community faces remains to be the dearth of space to plant.

According to Galeste, sometimes it is inevitable as well to have a few people in the community who are unwilling to lend their lots for gardening.

As a solution for this, the volunteers started crafting vertical gardens and promoting the use of pet bottles and containers as pots to maximize space. They do this by conducting hands-on workshops through the help of their barangay.

Aside from the lack of space, since it is an open community garden, it is also inevitable to have uninvited people invading and harvesting the fruits of other residents’ labor.

The residents believe that there is nothing wrong with sharing, but it is unfair when people who have not lifted a finger to help in the garden are the ones enjoying its bounty.

Reaping the fruit of the community’s labor

The edible plants that they harvest from the urban gardens are not used for commercial purposes.

Most of the time, an adequate amount of produce are allotted for the needs of barangay personnel and other constituents who help in taking care of the garden.

Other residents are also free to harvest what they sow for their own household consumption.

Now, Galeste and his community intend to continue with the project. They do not see maintaining the gardens as a vain effort as it brings about good things in their community.

In fact, they also have plans of expanding and sharing the concept to other villages and stakeholders.

So far, an automobile company has already participated in the project by planting tomatoes and a commercial center within the area has also offered their spare lots for vegetable gardening.

For Galeste and the people he’s inspired, gardening isn’t just a hobby, it’s a way to literally put food on the table. (Photos courtesy of Ricky Galeste)

This article was originally published in Agriculture Monthly’s February 2020 issue. 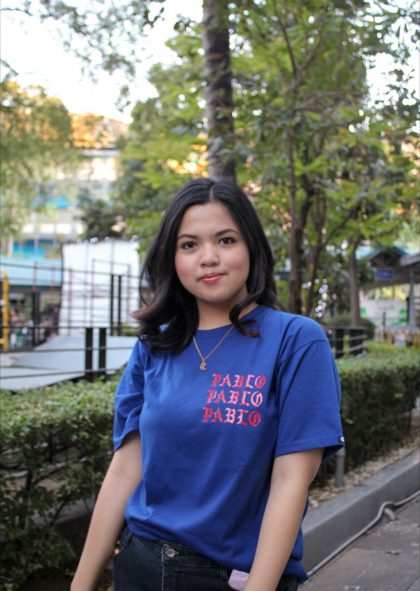 Balik Bukid Jr.: A day-long journey back to the ‘bukid’ life

Basic tips to recover from ashfall 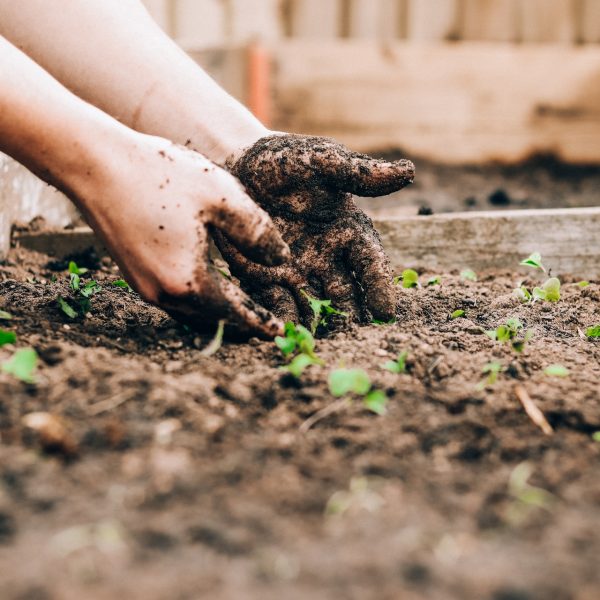