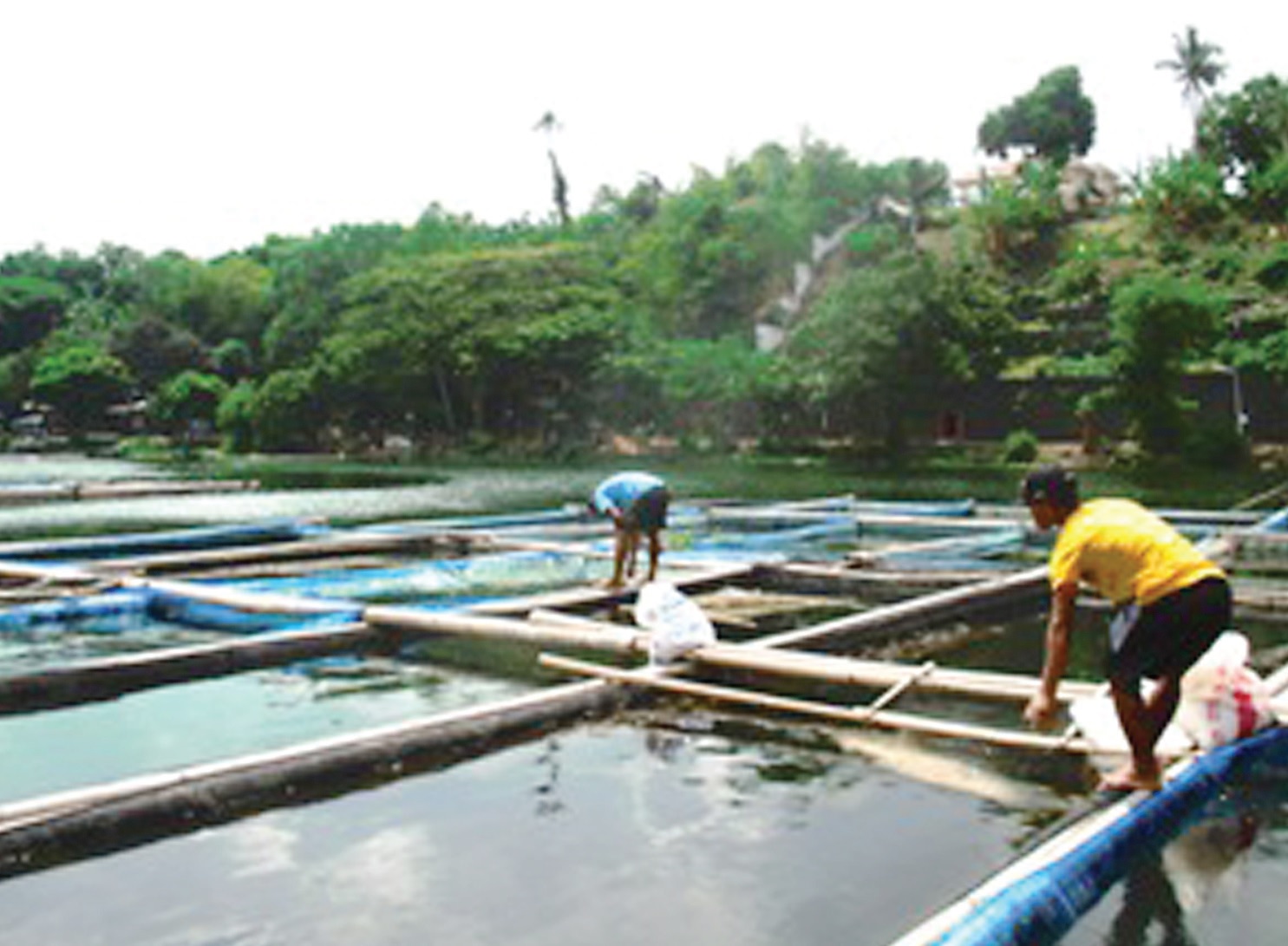 A fish hatchery is a facility where the breeding of mature fish (male and female) and the rearing (nursery) of the young (fry and fingerlings) are done. In most countries, including the Philippines, the hatcheries for the Nile tilapia (Oreochromis niloticus), the second most important farmed fish in the world, are done in land-based ponds and tanks. The commercial breeding and nursery of tilapia in a lake-based floating hatchery were probably first done in the Philippines in Lake Bunot (one of the seven lakes of San Pablo City in Laguna) by Nony Guia in the 1970s for the Mozambique tilapia (Oreochromis mossambicus).

In the 104-hectare Sampaloc Lake (the largest of the seven lakes in San Pablo City), the
culture of Nile tilapia in floating cages is a major industry involving about 600 cages and over 100 fish cage operators. Each cage measuring 10 x 10 x 5 meters is stocked with 5,000-6,000 fingerlings and cultured for 4-5 months with commercial feeds. The lake has an average depth of 20 meters.

The fingerlings stocked in the floating cages are also produced in floating breeding and nursery cages following the experience in Lake Bunot. Melchor Exconde, a tilapia cage operator in Sampaloc Lake, is said to have started the floating tilapia
hatcheries in the area. 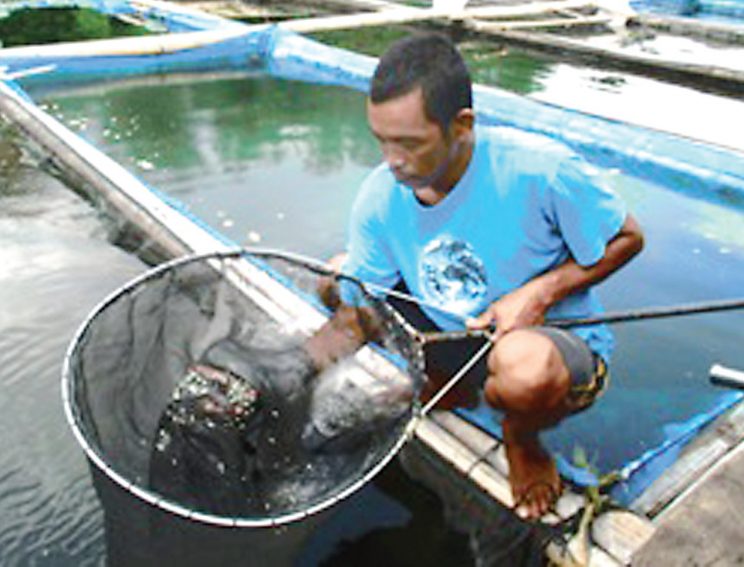 We recently visited the floating tilapia hatchery of Rogelio “Boyet” Guia (a distant relative of Nony), who operates 60 cages in Sampaloc Lake. He has been in the business of growing the Nile tilapia in floating cages in the lake for the last 15 years. He is also the main source of the tilapia breeders used by the pond hatchery operators in Calauan, Laguna who supply most of the fry/fingerlings used by floating cage operators in Taal Lake (Batangas).

Boyet first produced tilapia fingerlings in a floating tilapia hatchery in Taal Lake, where he also had cages for culturing the fish. In Taal, he noticed that the fish being raised in the floating cages of a friend grew faster and bigger than his, although their culture practices were similar. His friend told him about the sex-reversed tilapia fingerlings (produced in Calauan, Laguna) that he stocked in his cages.

Boyet began treating his tilapia fry for sex reversal in his Sampaloc Lake hatchery three years ago. He obtained the commercial sex reversal feed (SRT Premix) from Aquatic Biosystems in Bay, Laguna. A kilo of the sex reversal feed costing P450 can produce 40,000 fingerlings that are 98-100% male after three weeks of feeding with 10% of the SRT Premix and 90% of the regular fry feed given at the recommended feeding rates. Male tilapias grow faster and bigger than females.

In the floating tilapia hatchery of Boyet, the fry for sex reversal treatment are produced in 5 x 2.5 x 1.5-meter floating cages with fine-mesh netting that are each stocked with 60 breeders (12 males and 48 females). The 1- to 3-day old fry released by the mouth-brooding females are collected from the breeding cages and transferred to the first stage nursery cages (also 5 x 2.5 x 1.5 meters in size with fine mesh netting) for sex reversal treatment in three weeks. Following the sex reversal treatment, the fingerlings are then transferred to the second stage nursery cages (with the same size as the other cages but with netting of bigger mesh) for rearing to larger sizes (for stocking in grow-out cages) in 3-4 weeks with the regular feed given. The hatchery can produce 200,000 sex-reversed fingerlings every month.

Boyet says that producing tilapia fry and fingerlings in floating cages requires less labor and is more economical than producing them in ponds. With less handling and no problem in water supply especially during the dry season, he gets a survival rate as high as 90% for his fingerlings in floating cages compared to 50% for those in ponds. Moreover, he asserts that he gets about R10,000 more per cage stocked with sex-reversed fingerlings that grow to 2-3 pieces per kilo in 4-5 months compared to non-sex reversed fish that grow to only 3-4 pieces per kilo for the same period.

Basic tips to recover from ashfall