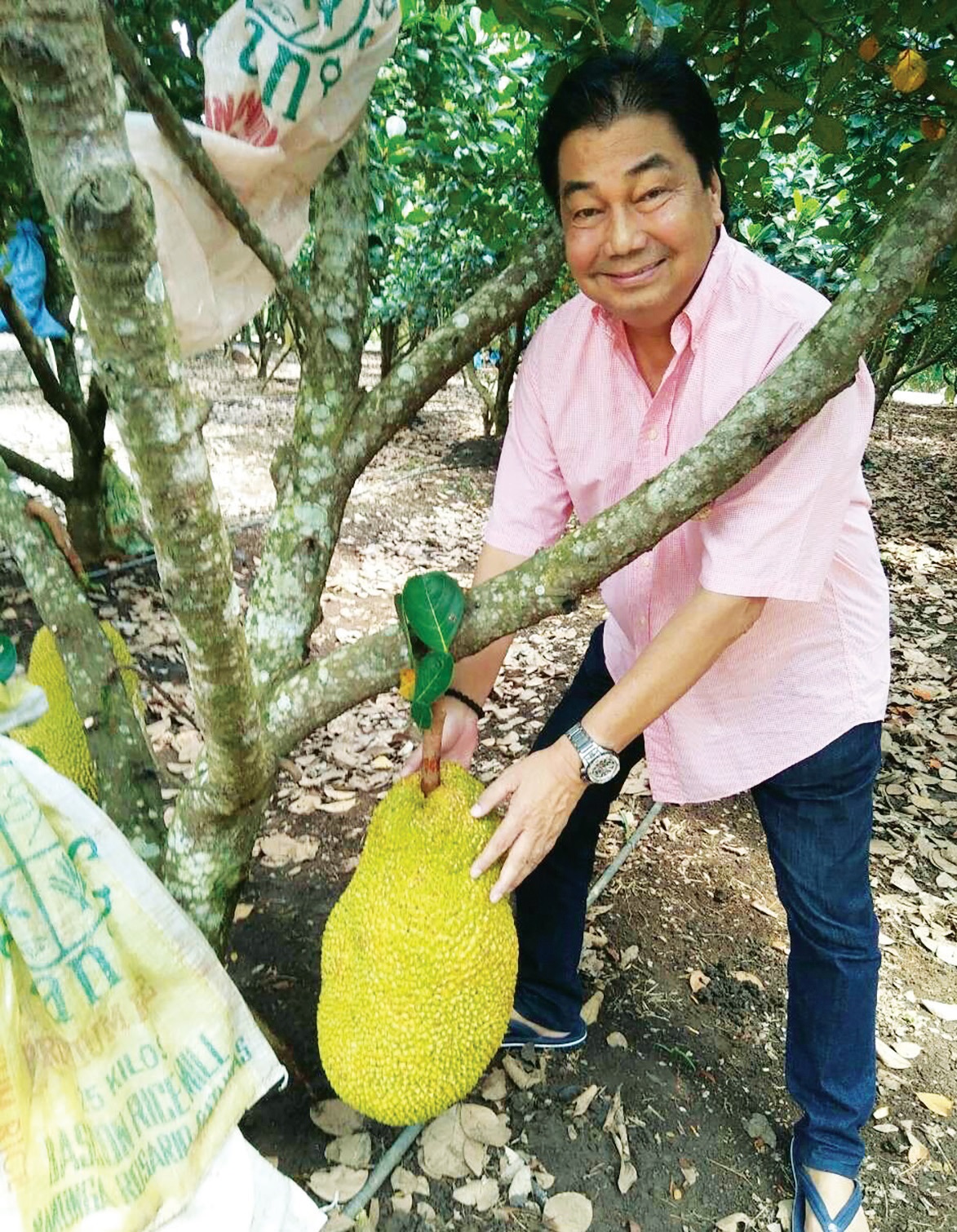 One fruit crop that Sandy Javier is growing in a big way in his 124-hectare farm in Rosario, Batangas, is a sweet jackfruit developed by the Eastern Visayas Integrated Agricultural Research Center (EVIARC). Of course, Javier is more popularly known as the founder of Andok’s Litson Manok. Not many people know, however, that he has a highly diversified farm covering 124 hectares, a big part of which is mountain.

Apparently, Javier has realized the need for producing in big volume an outstanding jackfruit that can become a top moneymaker once it is produced in commercial volume and processed into high-value products that can meet local demand as well as the export market. Understandably, the variety which has been registered with the National Seed Industry Council (NSIC) is called EVIARC Sweet.

Our estimate is that there are at least 500 fruiting trees that must be five to six years old. And there are hundreds more in the juvenile stage. We saw newly arrived seedlings that must be about four hundred. And many more have been ordered for future shipment, according to Javier.

The trees are beautifully growing, with glossy leaves and no sign of disease and insect damage at all. The secret to why the trees are so healthy, Javier said, is that they are generously fertilized with vermicompost. Oh yes, Javier is a big producer of vermicompost, producing as much as P300,000 worth in one month.

The jackfruit trees are low-growing, with multiple secondary branches. That’s a technology developed by researchers at EVIARC. The planting materials on the second year in the field are topcut so that no principal trunk grows upwards. The secondary branches which bear many of the fruits are not shooting up.

By the way, Javier has many ideas that he is implementing in his farms. Oh yes, he has two other farms, one in Padre Garcia and another in Lipa City.

Some misconceptions about Barako coffee

Formulating a healthy soil mix for your cacti