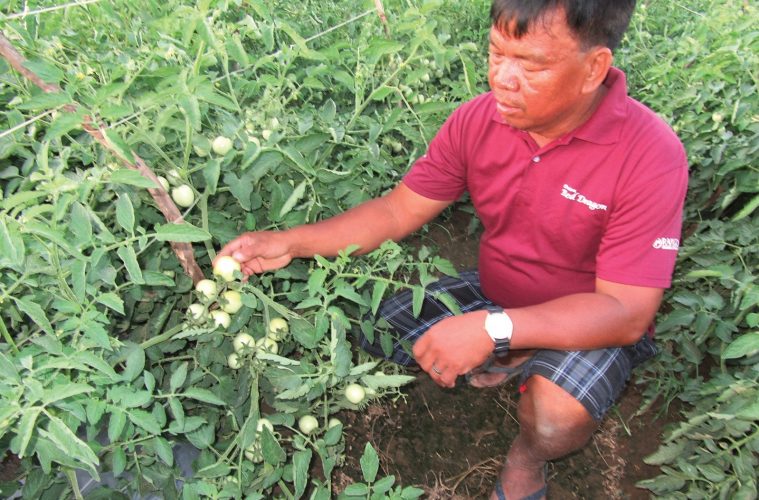 During our seminar/forum which we hold every Sunday in our farm, one lady wanted to know what some of the traits that make agri people succeed in their farm projects are.

Hardworking , innovative – Some of the successful agri people we have interviewed are really hardworking and innovative. Jose Madriaga of Tay-ac, Bantay, Ilocos Sur is one of them. He is a high school graduate who has been named Farmer Hero by a big seed company because of his success in growing vegetables and other high-value crops.

Madriaga is really hardworking. He plants his crops throughout the year so that cash flow is non-stop. He can do that because he has water pumps to irrigate his plants whenever necessary. He is so hardworking that he would work even at night irrigating his field. He is also very innovative. For instance, he intercrops his onion with tomato so he can harvest two crops from one parcel at the same time. 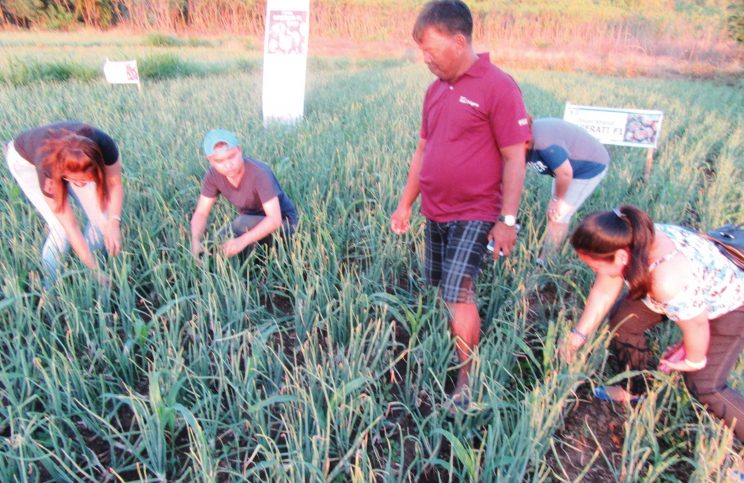 He practices relay-cropping so there is continuous production from one area. For instance, when his Maserati shallot is 50 days old, he dibbles corn seeds in appropriate distances on his shallot paddy so that he will have something to harvest not long after he has harvested his onion.

Another fellow who is a hardworking and innovative agri entrepreneur whom we met many years ago is Danilo Baylon of Candaba, Pampanga. He was then a big raiser of ducks and a distributor of feeds for a big feed mill. His is a rags-to-riches story. At a young age, he was a tricycle driver. He was also a security guard for a bus company in Baliuag, Bulacan and also in Manila while he was a working student taking up mechanical engineering course. 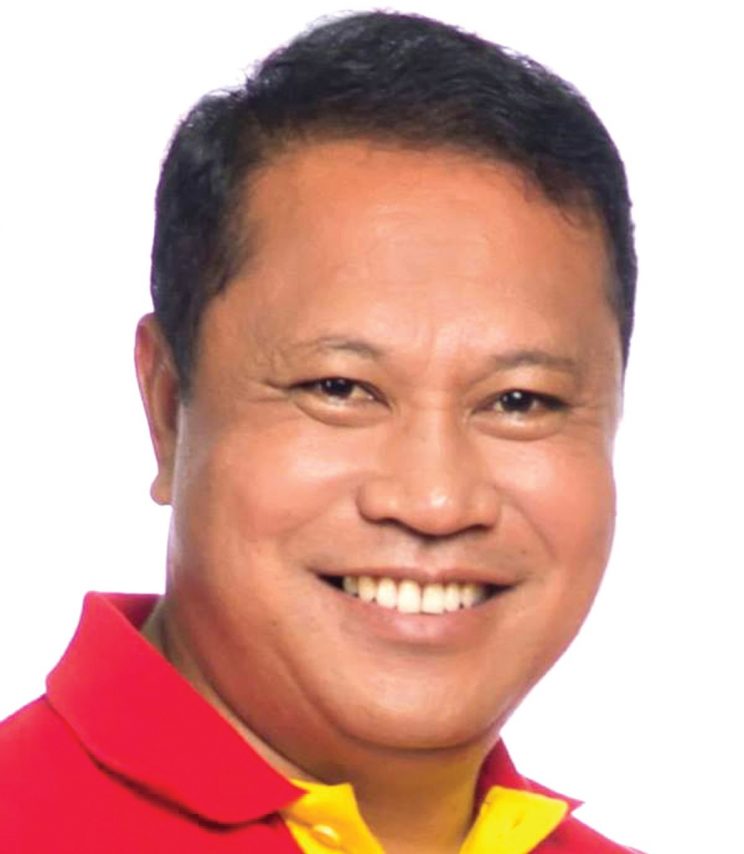 At the time of our first meeting, he disclosed that he worked practically 16 hours every day. At 4 o’clock in the morning, he would plot the routes of his trucks delivering feeds. At 7 o’clock, he would bring his young children to school. After that, he would do the rounds visiting his customers.

Aside from being hardworking, Baylon had smart strategies in his business. He always pays cash for everything that he buys, for instance. Why? So that he can ask for a big discount. He is also very disciplined. He said he never gambles, never drinks, and doesn’t womanize.

When we met him at a livestock show several years back, he informed us he was no longer distributing feeds for the feedmill that earlier hired him. That’s because he had already put up his own feedmill. He had also become an integrator. That means he had contract growers of broilers. And in 2018, an engineer acquaintance of ours told us he was building a P150-million feedmill for Baylon.

Make it a habit

Some other agri people are successful because they had made a good deed into a habit. Something they would do regularly. We remember Pat Dugan, for instance. He is a long time friend who has been a weekend farmer for many years developing several hectares in Batangas that he bought as undeveloped land. He is an expert in forestry and agriculture and was running some reforestation projects funded by foreign donors.

One day, he attended our Saturday Agri-Kapihan at the defunct Manila Seedling Bank, bringing with him a bag of big ginger rhizomes. He was so excited to tell the attendees about his extra-large gingers. Chicken manure did it!, he announced.

How? Well, as a full time office executive in the city, he visited his farm only on weekends. Every Saturday, on the way to his farm, he would drop by a friend who had a big poultry farm. He would load his pickup truck with 10 sacks of manure, each weighing about 40 kilos. He paid only R20 per bag. When he arrived in the farm, his farm workers would scatter the manure everywhere even if the area is not yet planted. He had made it a habit to buy manure every Saturday for dispersal in his farm.

It was such a doable habit that did not cost much, yet the benefits were unquantifiable. He said that the rhizomes that he brought to the gathering weighed two kilos and came from just one plant. Can you imagine how many tons of manure were spread on his farm because of his habit? More than 20 tons a year! And he did that for several years.

Another weekend farmer came to mind. His name is Leo, who passed by our nursery every payday to buy five latexless jackfruit seedlings. He said he could easily plant the five seedlings when he arrived in his farm. Paying for the five seedlings was light on the pocket. But since he did the same thing every payday, he was able to develop a jackfruit orchard with 120 trees in one year. 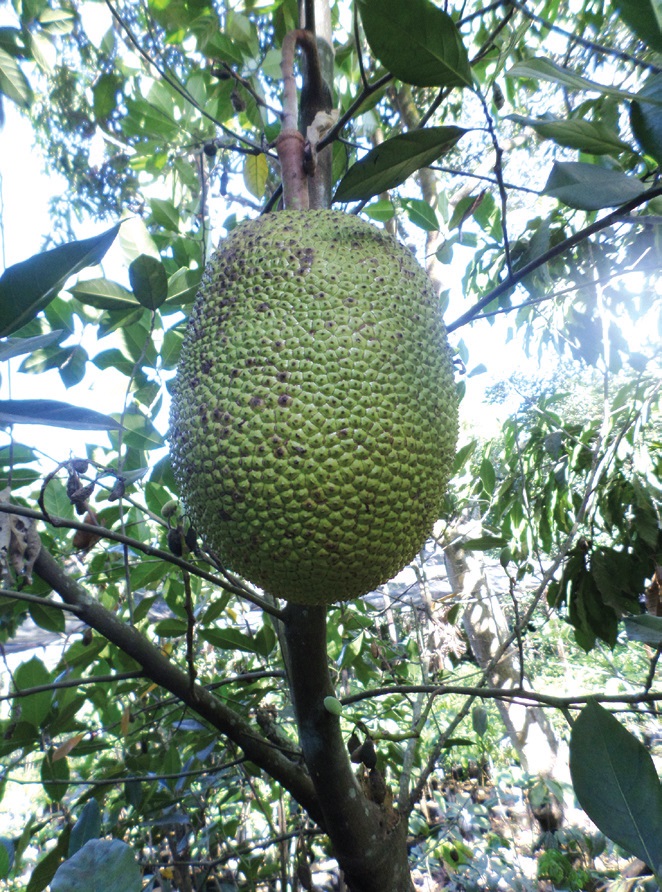 A man named Leo bought five jackfruit seedlings every payday. That means 120 trees in one year.

Actually, it was the late Dr. Valeriano C. Calma who first explained to us the beauty of making a good deed into a habit. He was a professor at UP Los Baños who had become famous for having developed a model orchard out of a poor piece of land.

When we interviewed him, what impressed our young mind most was his advice that if you really want to succeed, you have to be systematic and consistent. To develop his farm, when he was just a young instructor with little money, he had to plant every day. He said that early in the morning before going to his class, he would rush to his farm near his home to plant at least one seedling.

If you just plant one fruit tree a day, he explained, at the end of one year, you will have planted 365 trees. If you do that year after year, you will become the owner of a big plantation.

Several years back, we interviewed Jess Domingo in his 100-hectare farm in Alfonso Lista, Ifugao. He used to be a top corporate executive but had to give up his high paying job to engage in his passion for farming at age 55.

Of course, we believed what he said because he had records to show. His record showed that each fattened pig ate P3,500 worth of fermented feeds that he himself formulated, each kilo costing about P10. He also saved a lot from the weanlings he fattened by producing them himself. It cost him only about P700 to produce a weanling for fattening. If he had to buy from outside, the going price at that time was P2,500 each. 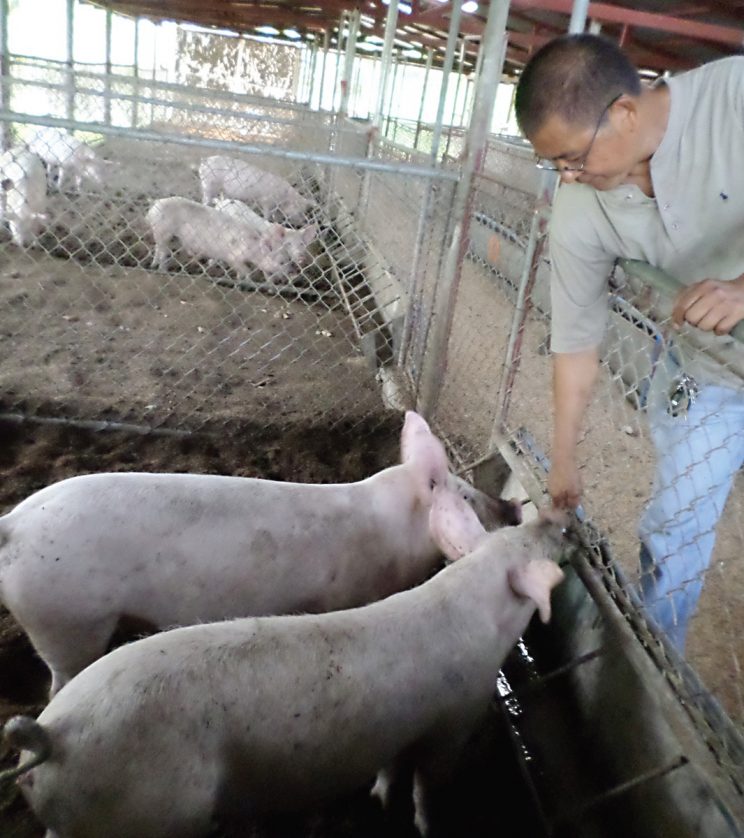 Domingo and his fatteners raised the organic way.

There are many things that have to be recorded as part of good management. For instance, if you have a record when the sow is inseminated, you will know the date when it will give birth so you can prepare the things needed during farrowing.

Some hog raisers make their record keeping more fun. For instance, they name their female breeders after celebrities. Thus, they may have sows named Marilyn, Madonna, Sharon, and the like. They record the performance of each breeder so they know which piglets to keep for further breeding.

Record keeping is not only important in livestock production. It is as useful in crop production. One will be able to know which crop is most profitable during the past year, and what could be the reason or reasons behind it. One could have a record of the best buyers, the most reasonable input suppliers, the best performing varieties, and the like.

Oh yes, there are so many things to record in farming. If you have not been making records in your farming operations, better do it now. Right now.