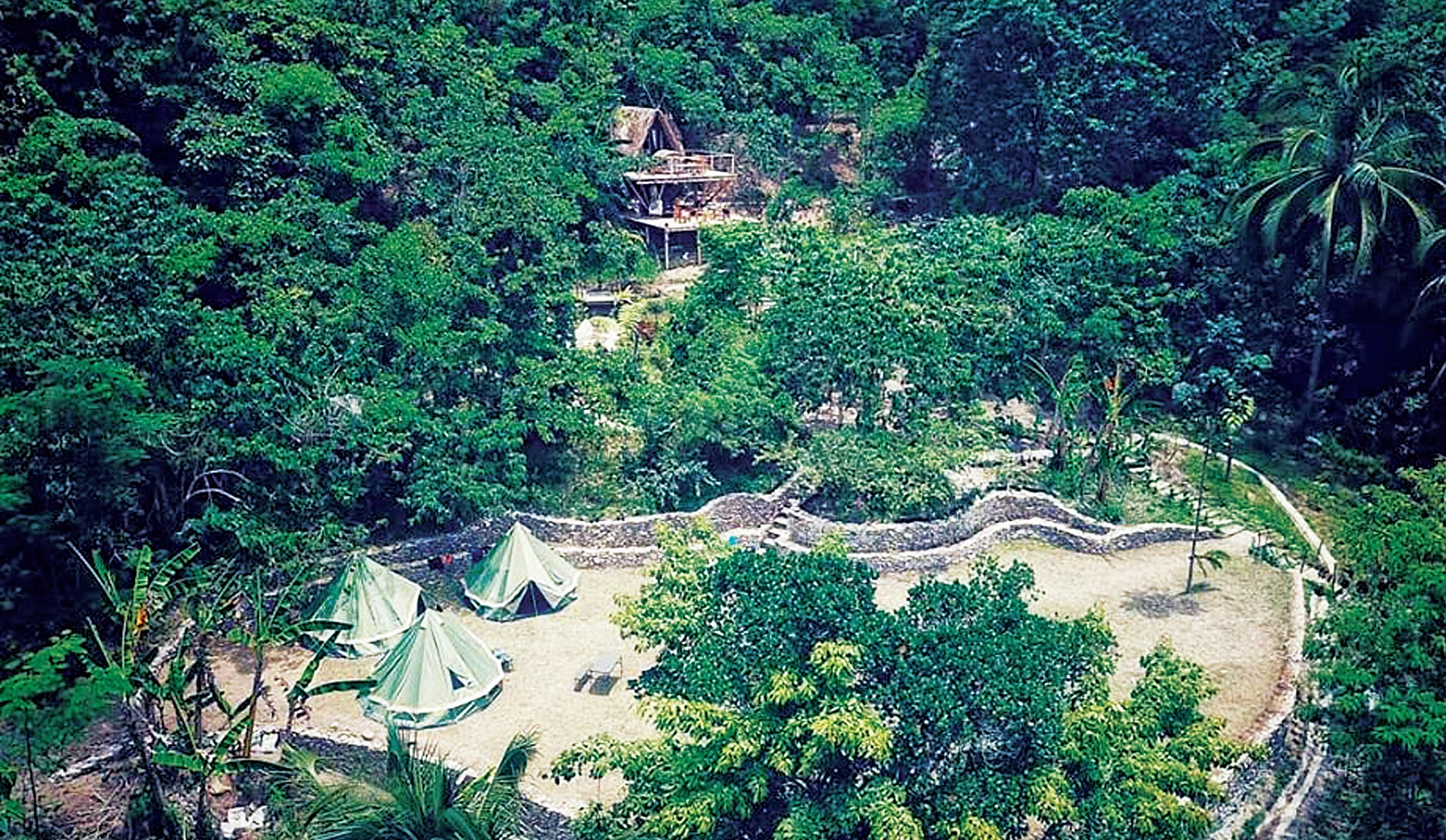 Every now and then, it is important to take a break from the chaos of the city and the significant responsibilities that come with urban living.

Marvin and Sheryl Mariñas, a couple who currently practices architecture and interior design, felt the same way as they felt the pressure in their line of work and eventually needed to find an outlet to practice their other passion: farming.

Fortunately, they managed to do so and more by establishing Alhibe Farm in Carmen, Cebu. 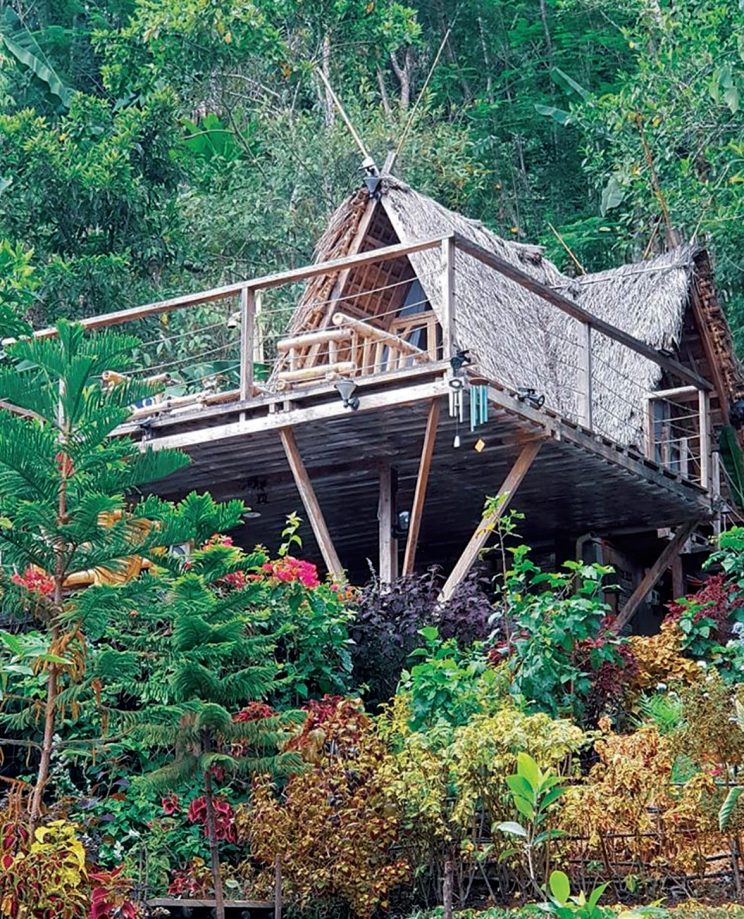 A main feature of the farm are the native trees such as tibig, kalayo, hauili, and balete planted throughout its vicinity.

“It was a simple choice for us. We can either plant the fast-growing exotic trees commonly used in tree planting activities or go for our very own native ones that we seldom see anymore,” they said.

Furthermore, the couple also shares in a vision where their daughter and future generations can view the native trees and appreciate them as a part of their natural heritage.

As a result, almost every inch of Alhibe farm is covered in trees to create an arboretum (a botanical collection comprised exclusively of trees) of native trees.

The couple acquired the seeds from the Ramon Aboitiz Foundation Inc., a family foundation established in 1966 that focuses on integrated development, micro-finance and entrepreneurship, culture and heritage, leadership and citizenship, and education.

They then realized that the trees’ function is more than just providing shade and
clean air. Native trees contribute an enormous difference in ecology and at the same
time, it preserves and develops the biodiversity of local flora.

However, native trees aren’t the only species present on the farm.

“The previous owners (had) already planted non-native species like mahogany
and gmelina on the farm. We now use them as firewood for the bonfire and other
construction uses,” the couple said.

Another use for the non-native trees in the farm, especially those that are about to fall
due to termite infestation, is as materials for constructing facilities like the staffhouse
and the campsite. 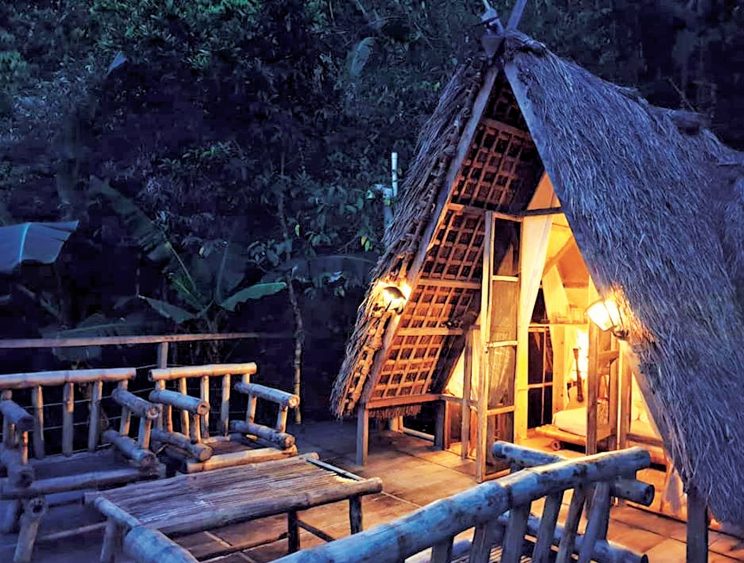 Most of the farm’s structures are made from bamboo or non-native trees which can be
found in its vicinity.

In the meantime, the couple preserved all the existing native trees and planted new ones to promote the local ecosystem.

What brought them to farming

“Our grandfathers used to be farmers in Carmen, Cebu. Farming has been part of our childhood; however, this way of life has slowly been forgotten as the modern city living became the priority,” they said.

In order to reconnect with their roots, the couple searched for properties back in 2015. Luckily for them, they were offered one which also happens to be located near their relatives in the mountains.

The couple named the farm “Alhibe,” which means “water reservoir” in Visayan, to acknowledge the importance and existence of an old water tank that stores spring water in the property.

“Alhibe is just a common farm steep plot. However, if you put all the love and passion in the place with respect to nature, you create a unique experience.

An experience we seldom get nowadays,” they said. The lot was originally a conventional farm before it became a weekend getaway for the couple and their only daughter.

Due to exploitation and chemical use in its previous state, the couple decided to let the farm rest and heal itself through soil regeneration for about two years. In the meantime, they began planning and brainstorming on how they can create a sustainable farm.

“While waiting we planted a lot of bamboo in the perimeter along with fruit trees, native trees and perennial plants that will serve as a base of the ecosystem we wanted to create,” they said.

Since their daughter is fond of water, the couple also built a small freshwater pool followed by a small hut where they can stay during the weekends. 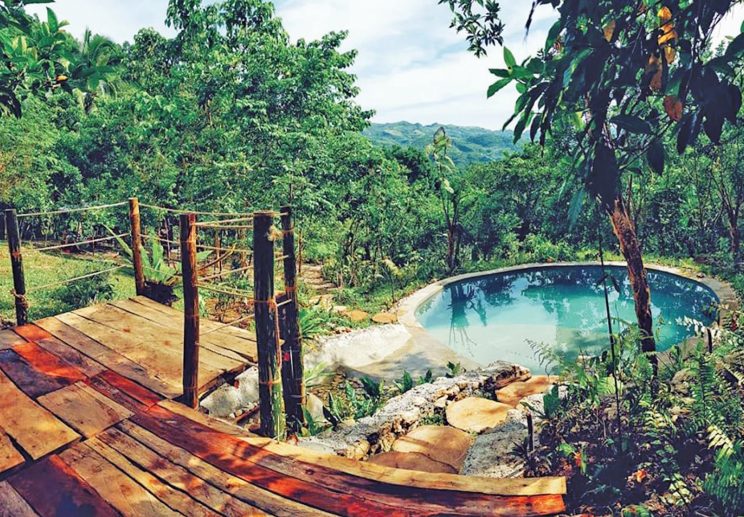 Guests can enjoy taking a dip in the farm’s freshwater pool.

Nearby relatives also helped them construct the amenities of the farm and workers were hired to maintain the area through proper gardening and continuous planting.

A sustainable farm tourism site in the making

Other than being the couple’s weekend getaway from city life, they also opened the farm to visitors who want to get away from the hustle and bustle while also learning the importance of nature and sustainable living.

The farm grows crops such as tomatoes and camote, and it also offers various family relaxation and nature appreciation activities which include stargazing and firefly watching among other things.

A bird’s nest lounge, a ‘kaduyanan’ area, and other amenities like a yoga deck in the mini forest trail are also available for guests to enjoy. 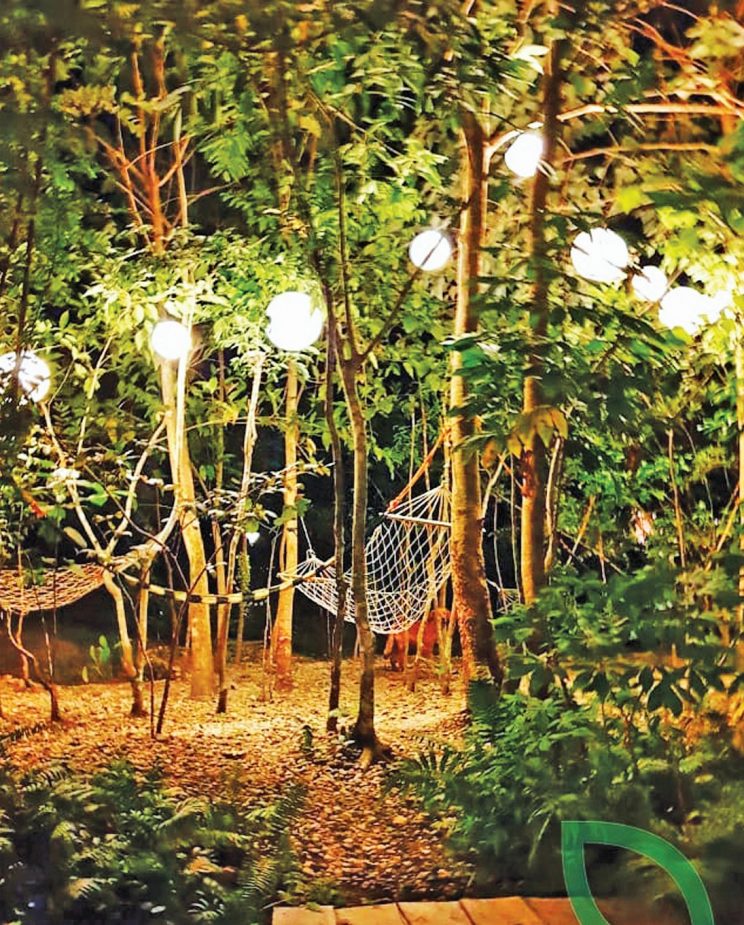 The ‘kaduyanan’ area where guests can relax on the hammocks that hang from the trees planted on the farm.

Most of the structures found on the farm are made from the non-native trees found within the area as well as the bamboo the couple planted on the farm because of its carbon sequestration properties to help combat climate change.

Bamboo, which is really a grass, also grows faster than trees and can be a sustainable building material when used correctly.

“The construction industry is one of the biggest contributors of carbon footprint. In our own little way, we want to reduce its effect by realigning our work and lifestyle through sustainable living,” they said.

As a means to concretize their plans, the duo studied bamboo design and building as well as permaculture to create a solid foundation in food sustainability in a natural and organic way.

Moreover, the couple also hired their relatives and other residents in the area to provide them with jobs and somehow elevate their way of life while they ultimately give back to nature.

“Although we personally help in the farm planting activities, these workers are the unsung heroes behind the lushness of the farm,” the duo said.

Members of their firm and cafe staff also help with planting trees and other greens in the farm because it also teaches them the importance of planting native trees and other sustainable species.

“We don’t want to be just a plain producer of agricultural products, we want to provide experiences and deep appreciation to what nature provides along with our long term goal of turning Alhibe into an educational farm tourism site,” the couple said.

Their future plans include the promotion of natural farming to their guests and educating them about food sustainability.

With kurikong, what can we plant instead of mango?

Park-like garden in Bohol is also an aquaponics system