A millennial from Rizal has turned her interest in vermicomposting and reducing food waste into a growing side business.

Neica Dela Cruz, a 27-year old freelance filmmaker based in Rizal, started vermicomposting as her means of contributing to their community in reducing household food waste.

Vermicomposting is a method of composting which uses worms to convert food scraps, manure, and other biodegradable waste into worm poop or “vermicast,” which makes for very good fertilizer. Vermicomposting needs both carbon and nitrogen-rich materials to be able to decompose. Carbon-rich materials such as used paper, leaves, etc. are used for the worms’ bedding, while nitrogen-rich food scraps and green manure serve as worm food. 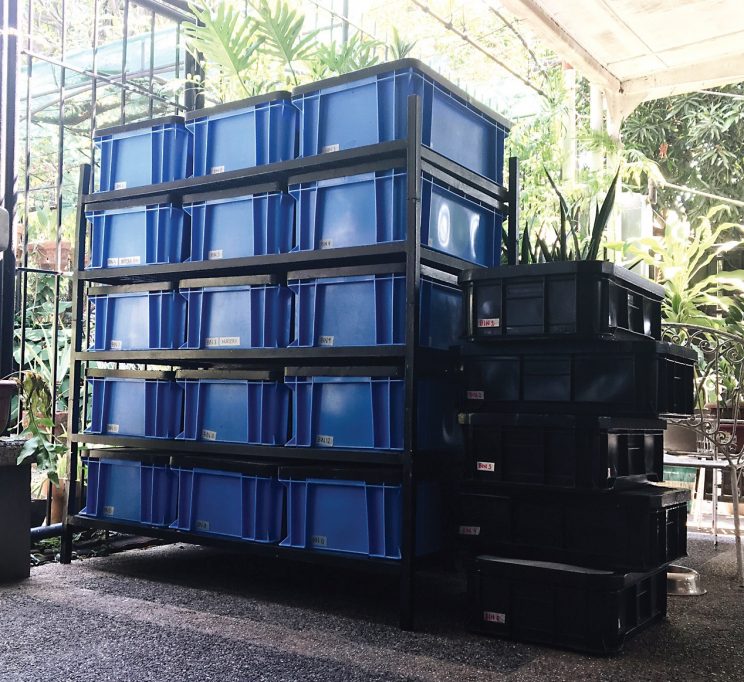 After researching on the internet, Dela Cruz, who does not have any background on vermicomposting, began making Do-It-Yourself (DIY) bins which she calls ‘Worm Kubo.’ The bins on this kubo (native nipa hut in the Philippines), serve as homes to African nightcrawlers, the specific type of worm used in vermicomposting.

She started with three vermicomposting bins whose worms were fed household food scraps. As the worms continued to reproduce, she expanded the number of bins – from ‘worm apartments’ (three to four bins stacked), to ‘worm hotels’ (several rows of stacked 3-4 bins), to a total of 23 bins. Soon enough, food wastes from their own household became insufficient to feed the worms so she began to collect food scraps and other biodegradable wastes, like toilet paper and egg shells, from the stalls in the nearby public market, as well as from the local bakeries and restaurants, to meet her worm’s feed requirement. For Dela Cruz, it was like ‘accidentally’ helping the community reduce waste because of her need to feed the worms. Additionally, aside from helping the environment, tending to her vermicompost bins also helps her destress, said Dela Cruz.

Creating one’s own vermicompost bins shows that there are small ways we can help the environment. It also makes people see that composting can actually become a hobby, not just for garden enthusiasts, but for everyone, even children. This also serves as an alternative way of composting in an urban area, particularly for people who live in condominiums, apartments, and residential areas where space is a problem. 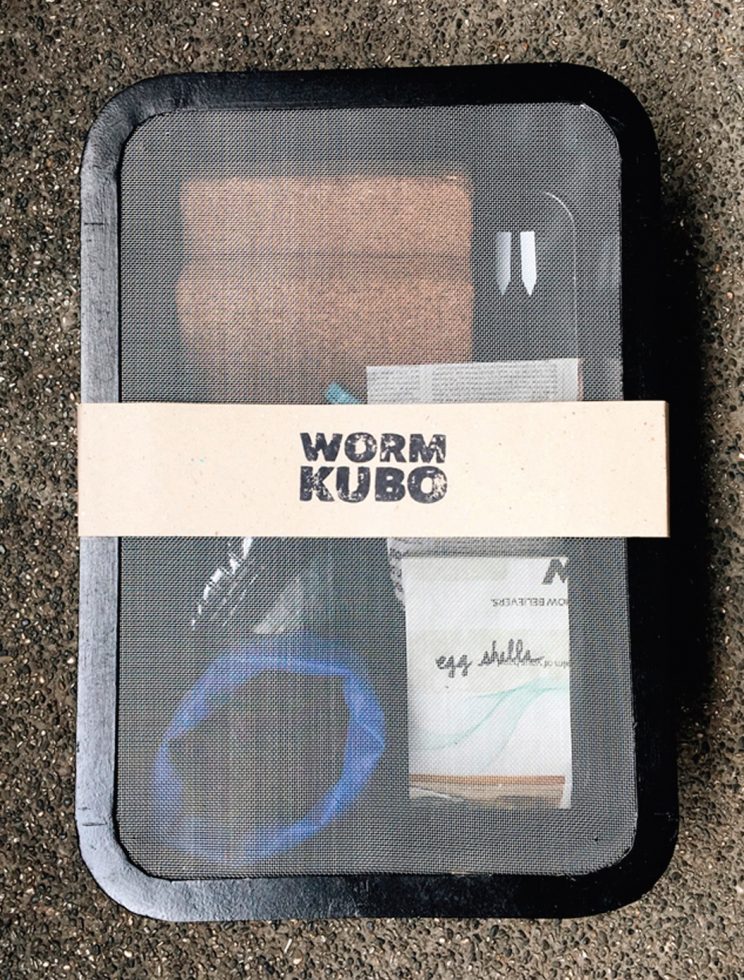 The Work Kubo starter kit which Dela Cruz sells online to support her advocacy of encouraging others to make use of household wastes.

“I cannot change a person because change comes from within. What I can do is to show them what this little ‘movement’ can do to help the environment,” said Dela Cruz. She wants to show, especially to people her age, that there are easy ways we can help clean the environment even at home, and vermicomposting is one such way.

And in order to continuously help and make vermicomposting her continuous advocacy in reducing household wastes, Dela Cruz started selling vermicomposting kits online so others could follow. The Worm Kubo kits, which include the basic vermicomposting tools like bedding, nitrogen source, worms, and a manual on how to set-up worm bins in 10 easy steps, can be availed online through her instagram account for P2,500.