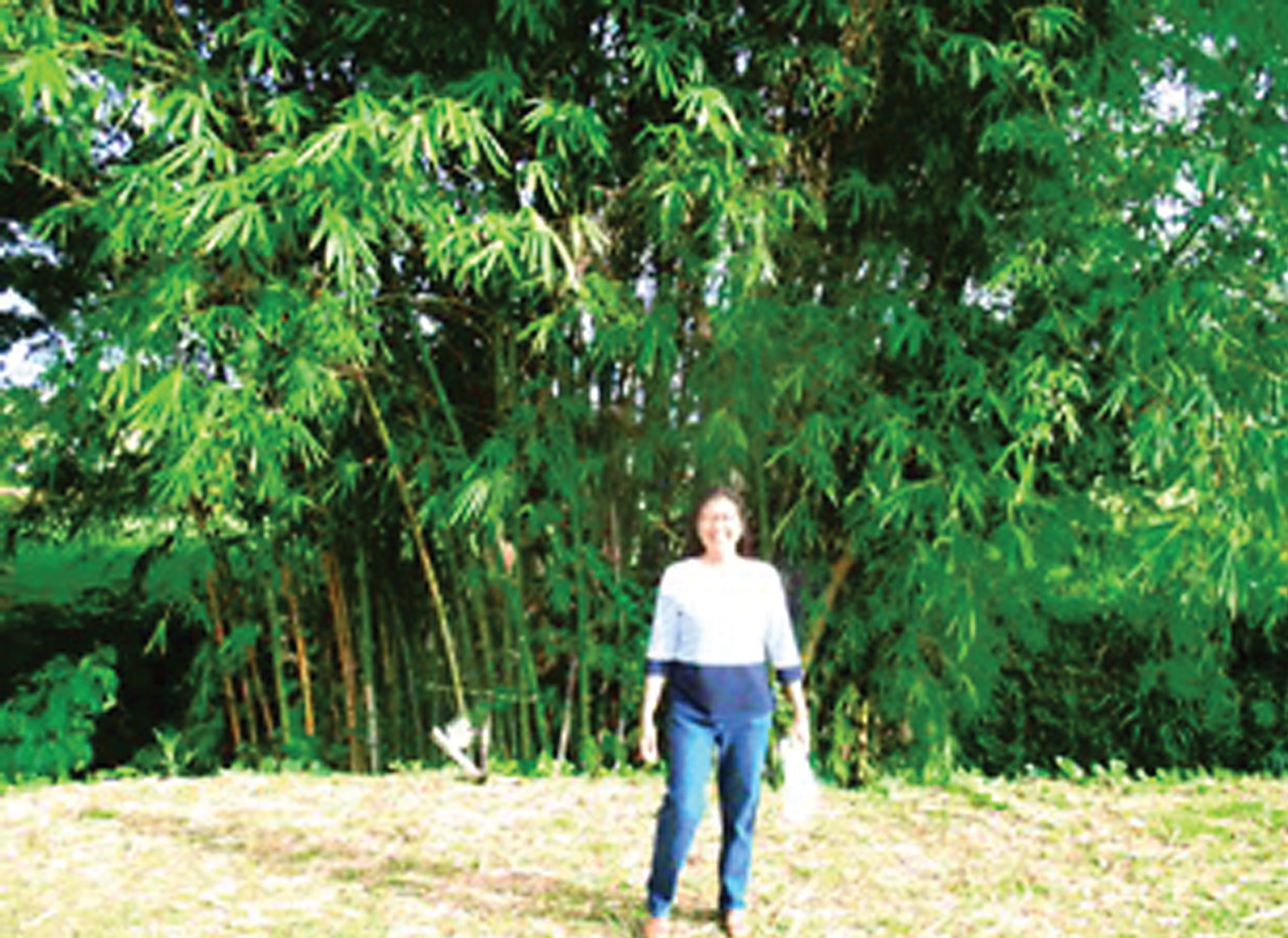 The bamboo is the fastest growing grass and the most important non-timber commodity in the forest ecosystem of the world. Its wood has many uses including construction of buildings, furniture, and handicrafts. It is planted in denuded areas for soil and water conservation as well as for ornamental landscapes. Bamboo groves are more efficient than tree forests in sequestering carbon dioxide for mitigating climate change or global warming.

A scientist of the University of the Philippines Los Baños’ Institute of Plant Breeding, Dr. Merdelyn Caasi-Lit, has made it her passion and advocacy to promote the planting of bamboo in the country. Hailing from Tagum City (Davao del Norte), she grew up helping her late father, Merdonio Caasi, grow the “laak” (an endemic bamboo species in Mindanao) in their farm that supplied the bamboo props for banana plantations. Her father was regarded as the “Father of Bamboo in Davao.”

Interestingly, Dr. Caasi-Lit, who is fondly known as “Doc Bing” to friends, told us that Los Baños has two barangays that are named after bamboos –Anos (Schizostachyum lima) and Bayog (Bambusa meriliana). Even the famous landmark of the university town, Mt. Makiling, is named after the bamboo kiling (Bambusa vulgaris). 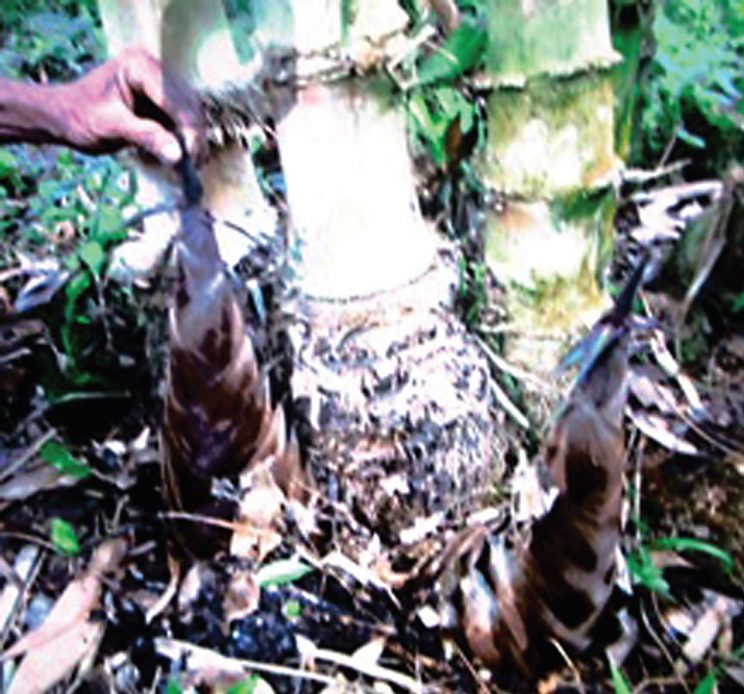 According to Doc Bing, there are 64 bamboo species in the country, of which five are endemic and 59 are introduced. The kawayang tinik (Bambusa blumeana), an introduced species, is the most popular for its poles (culms) and shoots (labong) followed by the kawayan kiling, also an introduced species. The bayog, an endemic species, was once the most predominant bamboo in the lakeshore of the barangay in Los Baños and the swampy area in Tacloban City (Leyte).

Doc Bing recommends the planting of the kiling bamboo along the banks of rivers and creeks to reduce soil erosion and help in mitigating flash floods. The bamboo’s extensive root system (rhizome) on the surface binds the top soil. The bayog, on the other hand, can help reduce lakeshore erosion and lessen the impacts of storm surges on beach areas as what had happened in Tacloban City in 2013 with Typhoon Yolanda.

Unlike trees which need to grow for 10-20 years before they can be harvested for their timber and be replanted, the woody culms (poles) of bamboos can be harvested continuously only after 3-5 years from planting (depending on the species) without replanting.

Aside from its wood, the bamboo also produces edible shoots (labong) for food. The bamboo shoot is a new growth of the rhizome apex in a young culm and consists of internodes protected by sheaths. It is a healthy food containing 4.2-6.1% carbohydrate (per 100 grams), 1.3-2.3% protein, 0.3-0.4% fat, 0.5-0.77% fiber, vitamins (B, C), and minerals (calcium, phosphorus, and iron). Its bitter taste is attributed to cyanide (a toxic compound) which can be removed by soaking in water overnight or boiling for 30 minutes.

The labong is usually sold fresh whole, chopped or sliced in wet markets during the rainy season. In Los Baños, it can sell for R120/kg. It can also be pickled, canned or dried. A favorite dish with it is lumpiang labong (spring roll).

Robotic farmers: The future is here